Black Knight today released its latest Mortgage Monitor report, which revealed 2017 had the fewest number of foreclosure starts since 2000 (649,000), despite the negative impact Hurricanes Harvey, Irma and Maria had on areas such as Texas, Louisiana, Mississippi and Florida.

Although 2017 mortgage delinquencies ended at a 23-month high (up 164,000 from 2016 year-end) in non-hurricane impacted areas, the national delinquency rate in those areas was 11 percent below what Black Knight calls “long-term norms.” Furthermore, the total number of mortgages past due or in foreclosure in those areas fell by more than 140,000 — 10 percent below historical averages. 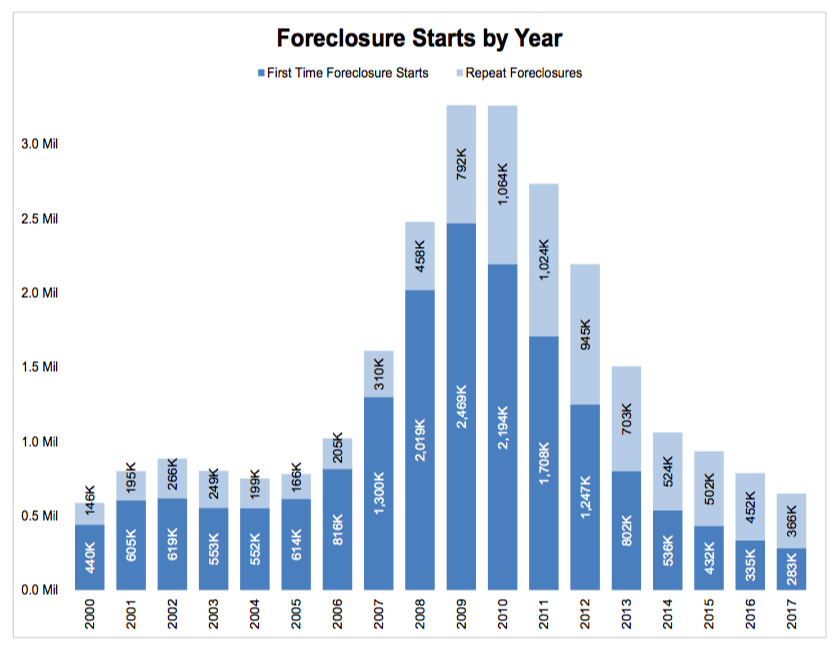 Black Knight data analytics executive vice president Ben Graboske says although Hurricanes Harvey and Irma were to blame for the 23-month high in mortgage delinquencies, the moratoria enacted after the hurricanes may have actually had a positive impact.

“In fact, the improvement in foreclosure inventory – which continued unabated in 2017 – may have actually received a short-term boost from the moratoria,” he said in a press release. “All in all, the inventory of loans in active foreclosure is on track to normalize in 2018.”

“That said, there are still issues with aged inventory; more than 125,000 active foreclosures have had no payments made in more than two years. Of those, some 63,000 have gone unpaid for five years or more.”

While the hurricanes (obviously) didn’t make much of a dent in non-hurricane impacted areas, they did impact the home equity markets in Florida and Texas.

An estimated 17,200 second liens became delinquent as a result of Hurricanes Irma and Harvey, with 5,000 resulting serious delinquencies.

*Non-current totals combine foreclosures and delinquencies as a percent of active loans in that state.
**Seriously delinquent loans are those past-due 90 days or more.

About the Mortgage Monitor

The data and analytics division of Black Knight manages the nation’s leading repository of loan-level residential mortgage data and performance information on the majority of the overall market, including tens of millions of loans across the spectrum of credit products and more than 160 million historical records. The company’s research experts carefully analyze this data to produce a summary supplemented by dozens of charts and graphs that reflect trend and point-in-time observations for the monthly Mortgage Monitor Report. 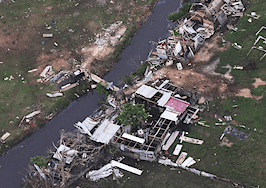