Daryn Stumbaugh on Unsplash
by Marian McPherson
You successfully shared the article.
Close

Buyer demand has continued to remain high despite bustling home prices, low inventory and the recently passed tax reform, which included changes to mortgage interest and state and local tax (SALT) deductions that many homeowners use. So what would drive down demand? According to Redfin’s latest survey, not much. 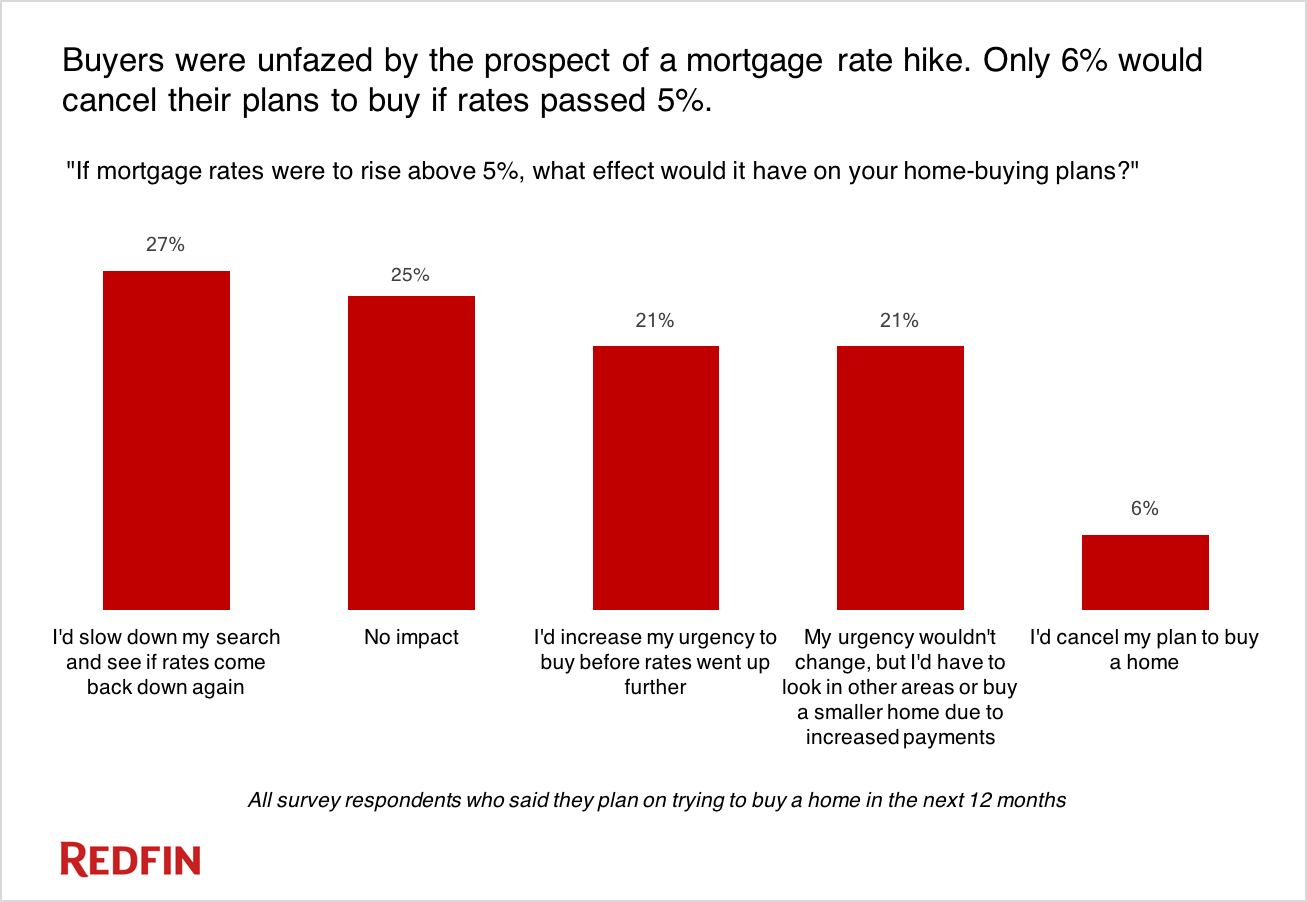 With mortgage rates expected to rise to 4.5 percent this year, some would assume that buyers would back off from homeownership plans and wait for rates to lower, but only 6 percent of respondents said they’d cancel their homebuying plans if mortgage rates exceeded 5 percent.

Sixty-nine percent said they’d “slow down” their search, begin looking for more affordable home prices in other areas or “increase their urgency” before rates rose any higher. A quarter of respondents said they wouldn’t change their plans at all. 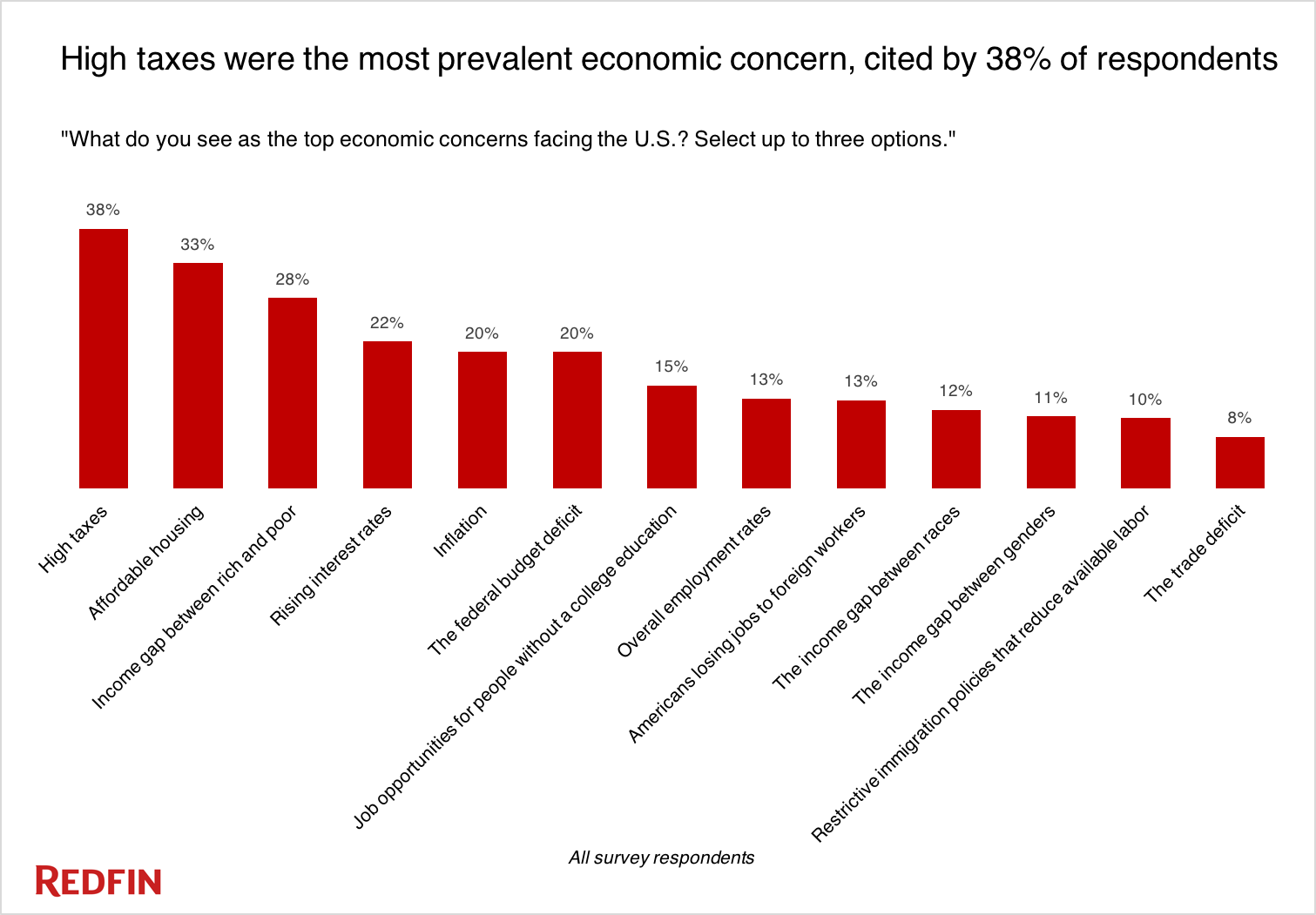 Mortgage rates aren’t the only change aspiring homebuyers will have to deal with this year. The tax reform bill, which is also known as the Tax Cuts and Jobs Act, capped state and local tax (SALT) deductions at $10,000, an adjustment that will impact buyers in high-tax states such as California and New York. 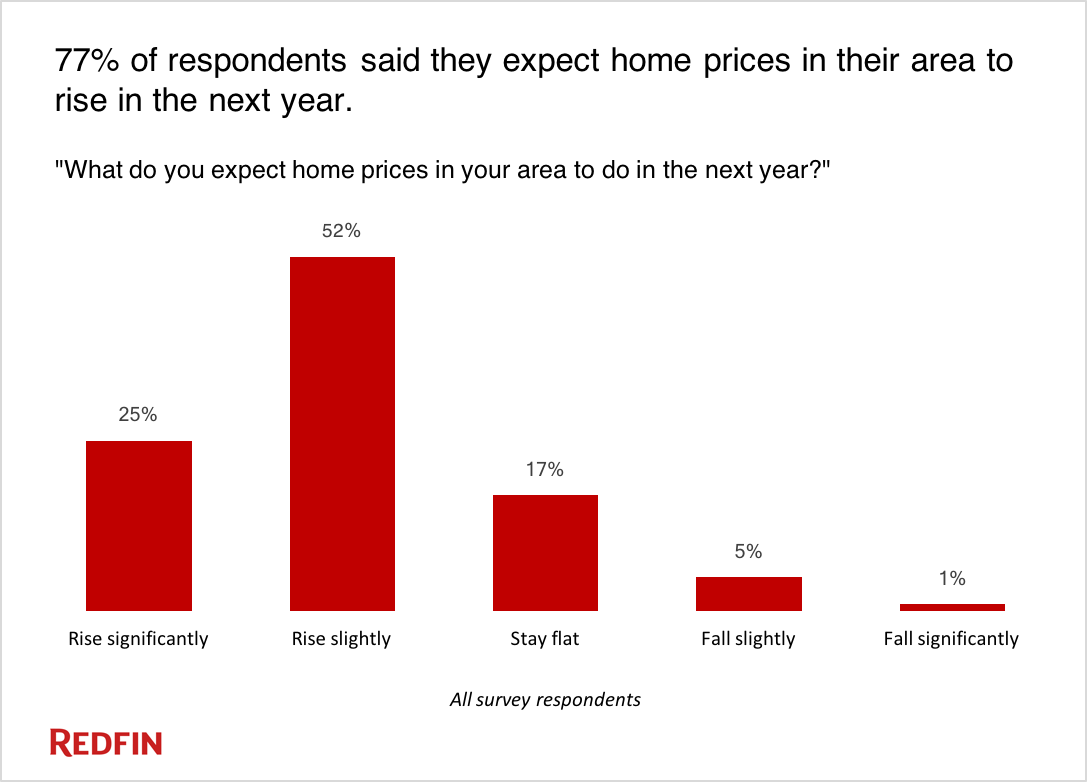 Lastly, homebuyers still have to grapple with rising home prices. Seventy-seven percent of survey takers said they expect prices to rise “significantly” or “slightly” over the upcoming year, and 17 percent said prices will “stay flat.” Only six percent said home prices will fall.

“Tight credit, lack of inventory and high demand are the major factors that tell us there’s no housing bubble, despite rapid price increases,” said Redfin chief economist Nela Richardson of the survey results. “There are still many more buyers than the current housing supply can support, with no major relief in sight.”

“Strict lending regulations make it much harder to buy a house you can’t afford than during the housing boom a decade ago,” she added. “Finally, still-low interest rates somewhat offset high prices for some buyers.”

Redfin contracted SurveyGizmo to field a study between November 1st and December 6th, 2017 of 4,270 people from the general population who indicated they had bought or sold a home in the past year, tried to buy or sell a home in the past year or plan to do so this year. The survey targeted 14 major metro areas (Austin, Baltimore, Boston, Chicago, Dallas-Fort Worth, Denver, Los Angeles, Phoenix, Portland, Sacramento,San Diego, San Francisco, Seattle and Washington, D.C.