Competitors in a Zillow competition improved the accuracy of the company’s Zestimate, or home value estimator, by 4.4 percent — and will move on to develop a sale price algorithm in the competition’s million-dollar second round.

Competitors in a Zillow competition improved the accuracy of the company’s Zestimate, or home value estimator, by 4.4 percent — and will move on to develop a sale price algorithm in the competition’s million-dollar second round.

The machine learning competition through the data science site Kaggle launched in May 2017 and drew more than 3,800 teams from 91 countries. One-hundred of those teams moved on to the second round and the top three won a total of $50,000 from this round of the competition.

Zillow says its Zestimate tool has a rate of error of 4.2 percent in the three counties specified for the competition and tasked competitors with improving that accuracy. Teams worked across Slack, GitHub and Google Drive and ran up costly electric and cloud server bills trying to revamp Zillow’s flagship tool over several months.

“We’ve been blown away by the data science community’s response to the Zillow Prize. There were lots of innovative solutions and hundreds of teams were able to make incremental improvements in the Zestimate’s accuracy,” Zillow Group Chief Analytics Officer Stan Humphries, who built the Zestimate tool, said in a statement. “We hope Zillow Prize not only inspires current data scientists to dive into the world of real estate valuations, but also inspires a future generation to consider a career in data science and machine learning.”

Zillow’s Zestimate tool is specific to the U.S. real estate market, and competitors from around the world worked on the feature with varying degrees of knowledge of U.S. real estate.

Russ Wolfinger from the United States, Dmytro Poplavskiy from Australia and Jonathan Gradstein from Israel improved Zillow’s home value estimator accuracy more than any competitor — by 4.4 percent — to reach a 4 percent rate of error. The team met online in another contest and took home $25,000 for first place for Zillow’s competition.

“I’ve bought and sold a home in the U.S., and you look at properties, and there’s all these theories about how to valuate them,” Phil Margolis said in a statement. “This was really an interesting case where we could apply really advanced machine learning technology to real-world data.”

“I am not familiar with the U.S. housing market, but a challenge of creating a real forecast for the future was very interesting,” Sakata said in a statement.

In the next round, the remaining 100 competitors have to build an algorithm that will predict sale prices, using many of the same tools and data points Zillow does: deep learning, hyperlocal data sets, county and tax assessor records and multiple listing service data. The algorithms will be judged against real-time home sales from August through October of this year.

BuyerDocs wants to save your real estate clients from wire fraud

Re/Max agents will get automated marketing tools through Imprev 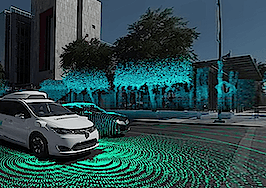 This 360-degree Waymo video gives glimpse into our driverless future