Howard Hanna Real Estate Services, the family-owned private independent behemoth that claims to be the no. 1 homeseller in Pennsylvania, Ohio and New York, posted sales volume of $18.4 billion for the year of 2017. This reflects an increase of 5 percent over 2016.

Howard Hanna Real Estate Services, the family-owned private independent behemoth that claims to be the no. 1 homeseller in Pennsylvania, Ohio and New York, posted sales volume of $18.4 billion for the year of 2017. This reflects an increase of 5 percent over 2016.

The company, which acquired five real estate brokerages in 2017, the largest of which was Cranbrook Realtors in Detroit, said it closed a record 97,000 sales transactions last year, an increase of over 1,800 from 2016.

Howard Hanna has a total of 262 offices and 9,200 sales associates in states ranging from Pennsylvania, Ohio, New York, Virginia to North Carolina and Maryland and describes itself as the number one privately owned broker in the nation.

Howard Hanna has mortgage, title and escrow and insurance businesses that also made acquisitions last year, leading Howard Hanna Mortgage Services to end 2017 with $1.7 billion and close to 10,500 closed transactions, while Barristers Title and Escrow’s closed volume was also $1.7 billion with nearly 9,400 transactions. Howard Hanna Insurance Services sold over 13,000 policies with a volume of $2.2 billion.

“2017 was a strong year for Howard Hanna,” said CEO Helen Hanna Casey in the company statement. She said demand for homeownership was “robust.”

“We continue to steadily grow our business thanks to the tremendous efforts of so many people within the company,” Casey said.

The big brokerage player is targeting more growth via acquisitions in 2018. In late 2017, president Howard “Hoby” Hanna told Inman he had four acquisitions earmarked for the first quarter of 2018 and two have been completed already —  Howard Hanna scooped up Virginia Beach boutique brokerage, Atlantic Coast Real Estate in February in addition to acquiring Welles Bowen, the no. 4 market player in Toledo and Northwest Ohio, at the end of January.

The company is not ignoring the need to stay close to new technology coming out in the real estate space.

Hanna said in January: “We’ve always put a heavy emphasis on technology and industry innovations. We strive to provide our agents with the tools and services that will make their businesses more successful for themselves and for their clients.” 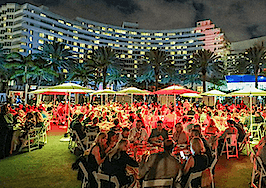 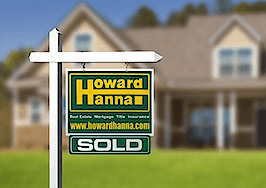 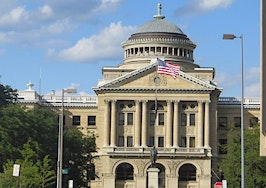