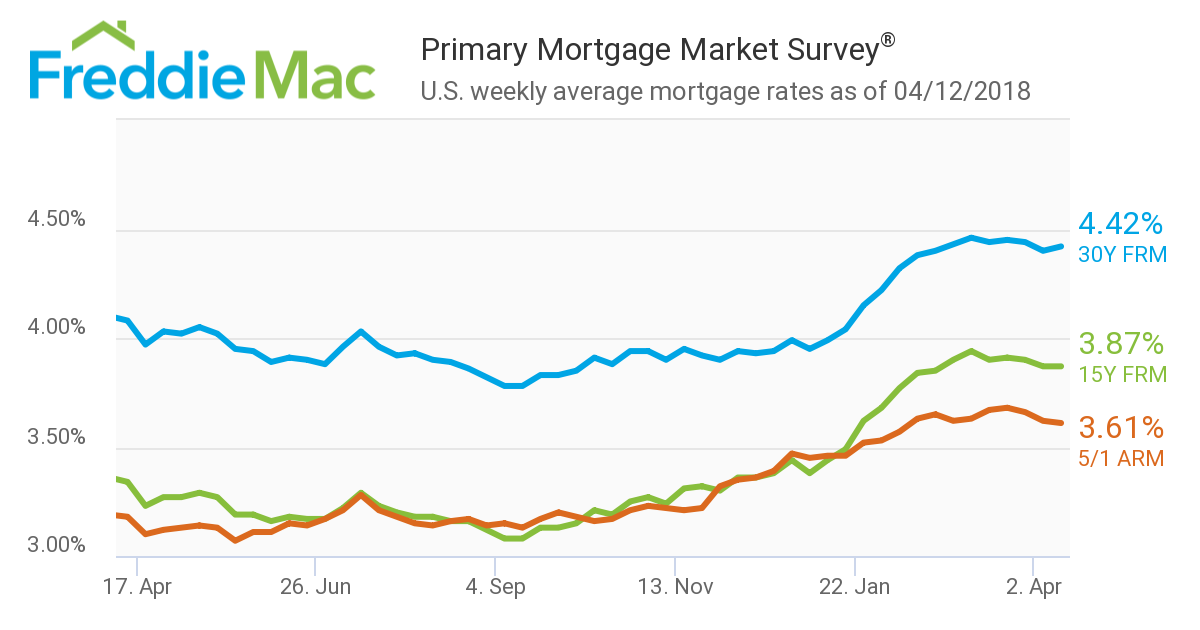 “After dropping earlier this week on trade-related anxiety in financial markets, the benchmark 10-year Treasury stabilized on Wednesday, but at a level slightly lower than from the start of last week. Mortgage rates followed and fell for the second consecutive week; the U.S. weekly average 30-year fixed mortgage was 4.4 percent in our survey this week.

“Though rates on the 30-year fixed mortgage are up 0.3 percentage points from the same week a year ago, a robust labor marking is helping home purchase demand weather modestly higher rates.

“The Mortgage Bankers Association reported in their latest Weekly Mortgage Applications Survey that the Purchase Index was up 5 percent from a year ago indicating that this spring is on track for a modest expansion in purchase mortgage activity.” 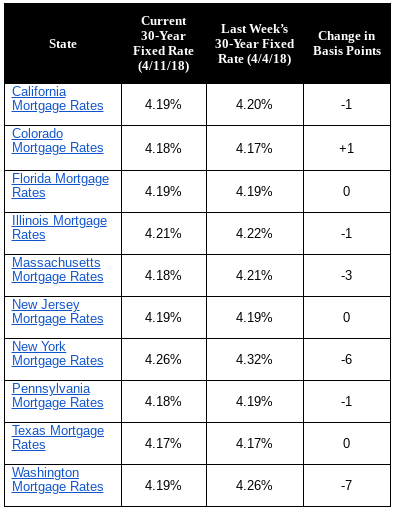 “Mortgage rates were flat over the past seven days despite escalating trade tensions between the United States and China, a mixed March employment report, and comments from several FOMC members hinting at a slower path of interest rate hikes,” said Aaron Terrazas, senior economist at Zillow.

“Given the scale of geopolitical risk and equity market volatility, it is surprising that mortgage rates were so steady, and suggests that long-term lending markets are – at least for the moment – writing off the headlines as transitory.

“Markets are keeping an eye on inflation and federal spending data this week, as well as several speeches by key FOMC officials early next week. Beyond the standard economic calendar, rates could rise if trade tensions escalate or if military action in the Middle East looks likely.

“Leadership changes in Congress could also point to slightly tighter fiscal policy which would ease recent upward pressure on rates.”

“Applications taken for new home purchases decreased year over year in March,” said Joel Kan, associate vice president of economic and industry forecasting. “We saw a strong January and February, and that may have pulled some activity forward. We did, however, see the third straight month over month increase, which is in line with the typical seasonal pattern at this time of the year.

“Our estimate of new home sales for March was 682,000 units, a rebound of almost 8 percent after a February decrease.” 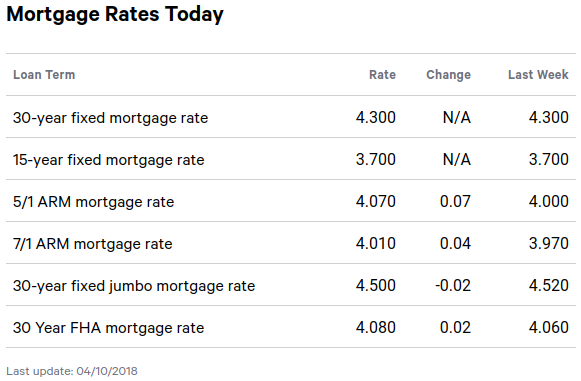