Minh Trí on Unsplash
by Patrick Kearns
Share this article
You successfully shared the article.
Close

The signs are out, the lights are on, the door is open, and there’s the smell of fresh baked goods in the air. It’s showtime for your open house, the old-school marketing event that even with the dawn of virtual tours can still be a major lead generator for real estate agents while serving as an important step in the selling process.

This spring, Inman is obsessing over helping you to tune-up your listings business, with actionable insights, the best advice from top agents and hundreds of helpful stories from all over the world. This is the second part of a five-part editorial series on improving your listings game (and general success in real estate) this season. Stay tuned for more to be published throughout this week, and view the rest of our “Spring Cleaning” stories here.

The signs are out, the lights are on, the door is open, and there’s the smell of fresh baked goods in the air. It’s showtime for your open house, the old-school marketing event that even with the dawn of virtual tours can still be a major lead generator for real estate agents while serving as an important step in the selling process.

Indeed, a 2016 Inman survey showed over two-thirds of real estate professionals still find open houses worthwhile, and there are ways to put your own modern twist on them and squeeze out maximum value, if you’re willing to put in the work.

“It is up to the agent to get the most value out of an open house,” said an experienced broker in Inman’s survey. “Work it, capture information, and then follow up. Simply putting out some signs and sitting [in] an open house is a waste of time.”

Kristin McFeely, a Realtor and team leader with Philly Home Girls in Philadelphia, a brokerage affiliated with Coldwell Banker, believes selling prospective buyers on the lifestyle that accompanies the home is the key to making a splash.

“Anything we can do to promote something that’s happening in the neighborhood, whether it’s doing an open house that’s going on at the same time as a festival of some kind and being a sponsor, and having literature directing people to the open house, or even something as simple as getting baked goods from the neighborhood bakery,” McFeely said.

In the East Falls section of Philadelphia, McFeely’s team had two homes for sale within a one-block radius that came with a rare feature for their city: huge backyards. So they held an event in the fall titled “Fall in Love with East Falls.” They promoted it all over social media and invited the neighbors with handwritten invitations. The event featured a pumpkin beer tasting, picnic tables and fire pits.

They sold one of the homes that evening.

Another one of the team’s listings, in the Fishtown neighborhood of Philadelphia, boasted a huge roof deck, so they held the open house on opening day. The baseball-themed party had beer and hot dogs and was topped off with a fireworks show from a local minor league baseball team across the river.

Selling the lifestyle is important on social media as well.

“I always encourage my agents when they’re there to do an Instagram story,” she said. “We’re a little different than most in that we don’t really subscribe to Facebook Live where it’s a shaky camera giving a tour, but more like a vignette shot of some of your marketing materials on a table with some of the sweet treats from the bakery around the corner.”

Their events are the real showstopper, but the work doesn’t end there. McFeely makes it a point to talk to everyone who comes through the door. And really talk, beyond the usual, “Are you in the market, and what do you think of the home?”

“If you don’t come off as really salesy, you get people to open up to you,” she said. “I think really starting conversations with people is the biggest thing … a lot of times you can get people to start divulging what they’re thinking.”

McFeely keeps a notepad on hand and writes little reminders about the people she meets and their conversations, so she can harken back to those talking points to really leave an impression.

Give it all you’ve got, from marketing to follow-up

It may seem obvious, but putting in a half-hearted attempt at an open house is the quickest way to set yourself up for failure, especially for rookie agents. According to real estate podcast host Pat Hiban, a veteran real estate agent in Baltimore, open houses create opportunities for sellers to find buyers and create future leads for agents when done right.

“Despite the fact that open houses can be excellent for both sellers and their agents, many real estate rookies don’t take them seriously,” Hiban wrote for Inman. “After a few half-hearted attempts with open houses, rookies often claim that they’re a waste of time.”

According to Hiban, there are four common pitfalls: not selecting the right house (some homes just aren’t suited for this type of event, says Hiban); performing poor marketing; not setting up for lead generation and forgetting to follow up.

Today there are more ways to promote your open house than ever before using technology, but old-fashioned fundamentals still play a key role — a combination of street signs (balloons are always a nice touch) and social media marketing (both organic and paid) can be powerful, according to Inman’s research. Those are the two big marketing opportunities.

Other avenues include email marketing, website advertising, putting the open house on the MLS (which then can syndicate to the real estate portals), marketing directly on sites such as Zillow, Trulia and realtor.com, along with putting out fliers, newspaper ads and door-knocking the neighborhood.

“I always knock on the closest 100 doors to let the neighbors know,” shared a respondent to Inman’s survey on open houses. “While this winds up getting nosy neighbors to the open house, they might know friends or family that have always wanted to move into the neighborhood. Plus the sellers really appreciate the effort.”

“Depending on the type of property, a paid Facebook campaign can be very beneficial,” advised another. “I work in a market where consumers are buying second homes/vacation properties or retirement homes, so I usually do a paid campaign to reach this audience in my tri-state area. Facebook paid ads are also great when working with investors and or first-time homebuyers.”

Collecting names is crucial for lead generation and follow-up. Many real estate pros still will attest to value of pen and paper to record the information of the visitors coming through for dumping into a CRM or database system later.

“It really works best, and I can see the information or lack of information immediately as they fill it out,” commented an agent on the traditional method.

But tech offerings such as Open Home Pro, Open House Toolkit, AM Open House and Spacio can provide agents with a digital alternative and streamline capture and follow-up.

“When we talk about open house productivity, it’s not just about capturing someone’s name,” said Melissa Kwan, co-founder of Spacio, the paperless sign-in open house tool that integrates with a number of customer relationship management and marketing tools. “It’s really about making sure that information flows into whatever solution they’ve chosen to streamline their current business process.”

Agents also recommend information capture as a safety measure, with some even recommending that hosts require guests to show ID.

Safety should always be top priority for agents hosting open houses, so having a buddy or fellow agent tag along, keeping your phone close, checking the house thoroughly and having an escape plan are all critical steps.

“As a group, Realtors need to stand firm with lookers-on — getting their information, showing ID, before looking at any open house,” advised one real estate pro in Inman’s survey. “You can’t test drive a car without ID, why should we put ourselves at risk, our seller’s things on display, without proper identification of those looking?” 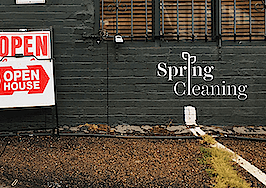 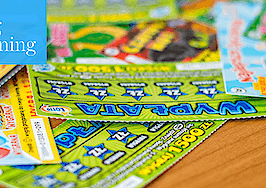 4 ways to generate leads without having to hard sell 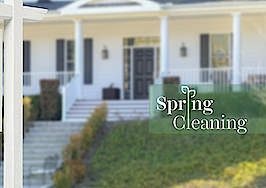 4 things you should never say when prospecting FSBOs 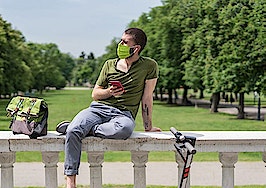 Is the pandemic over, or isn’t it?
Back to top
Only 3 days left to register for Inman Connect Las Vegas before prices go up! Don't miss the premier event for real estate pros.Register Now ×
Limited Time Offer: Get 1 year of Inman Select for $199SUBSCRIBE×
Inmanpot
Log in
If you created your account with Google or Facebook
Don't have an account?
Create an Account
Forgot your password?
No Problem