Seeking to compete with rising real estate dynamos like Zillow and Redfin, California brokerage Pacific Union International on Wednesday launched an online real estate marketplace where buyers and sellers can view listings before they hit the general public, the company announced earlier this week.

The online portal, called Private View, will showcase Pacific Union listings in California exclusively, said Nick Segal, the company’s Southern California president. Beginning this week, access to the site will be open to buyers and sellers in Southern California and will expand to Northern California by August. The marketplace will also be accessible to outside agents and their clients.

“How do we get away from Zillow and get our market back? We can use our critical mass to make that move and do it in a way that honors everybody,” said Segal, noting that, since 2010, up to 30 percent of Pacific Union transactions have been closed off market. “We’re looking to capture that window and see what enthusiasm there is for the home in the market.”

Around 21 homes, totaling $62 million, were listed on the real-time portal as Inman went to press. Markets with low inventories such as the Westside in Los Angeles, where buyers are “clamoring” for listings, would suit the portal well, Segal said. The portal, which will be accompanied by a mobile app within months, will also help sellers test pricing models, he added.

New listings will emerge on the portal even as stagers rush to make repairs and videos are being edited. On Private View, homes won’t be identified by address but neighborhood, with a thumbnail photo and price. Buyers and agents can call the listing agent for more information and to arrange a private showing. It will be about “human engagement,” Segal said.

When they speak to potential sellers, Pacific Union agents can show five potential buyers from the portal. They can say, “if you list with us, we can get you to those buyers,” Segal said.

“In essence, this creates a futures market for new listings, and with Pacific Union’s substantial market share in our respective markets, it gives our real estate professionals and their clients a powerful edge,” said Pacific Union CEO Mark McLaughlin.

Currently, the San Francisco-based real estate brokerage boasts a 10 percent marketshare in most of the metropolitan markets it operates in, including the Bay Area and Los Angeles. Pacific Union, which has 1,700 agents in 52 offices, tallied $14.1 billion in sales last year and forecasts $18 billion for 2018. 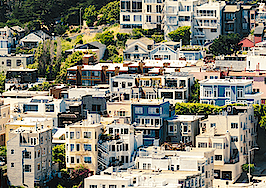 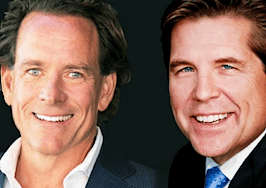 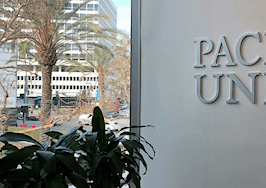