“Do you know how many people didn’t think that we’d be where we are today?” said Compass Founder and CEO Robert Reffkin at a recent all-agent meeting in Washington, D.C.

“Five years of negativity, but guess how much time I spent thinking about it,” Reffkin added as he held up the number zero.

Reffkin, along with COO Maelle Gavet, director of finance Sam Lynch and NYC-based Compass agent Leonard Steinberg, all shared the secret to Compass’s explosive growth over the past five years, which has included a $2.2 billion valuation in December 2017, a $450 million dollar investment from SoftBank Vision Fund and a hiring spree that has included talent from Spotify and Eventbrite.

The Compass CEO boiled down the company’s success down to eight tenets that every entrepreneur should follow:

“As entrepreneurs, we refuse to think small,” he said. “Your ambition is the cap to your potential.”

“How many of you remember the swimmer who came in second place to Micheal Phelps?” Reffkin asked the audience. The CEO noted that moving slowly will kill deals and opportunities and give your competitors the chance to surpass you.

Reffkin shared his teenage goal of being the best deejay in San Francisco. He wasn’t able to gain the worldwide notoriety he sought, but he was able to become the go-to guy for all the high school parties in his area. Why? Because he listened to what partygoers wanted.

“It [playing what they wanted] was the difference between being invited back or not,” he said. The secret to Compass’s success is very similar.”

“Compass is the first company in the history of real estate to really listen to agents and to build for them,” Reffkin added. “Good leaders must be good learners, and my definition to be a good learner, you must be a good listener.”

Reffkin pointed to Beyonce, Steph Curry and Jeff Bezos as examples of leaders who are never satisfied with good enough. “To build something great you have to care more than it makes sense to care,” he noted. “The very act of caring can be a competitive advantage.”

“Nobody succeeds alone, so you have to be the kind of person people want to work with,” he said.

During his time at Goldman Sachs, Reffkin said he often compared himself to his colleagues and tried everything to “fit in.” That he said, reflects how the world often teaches all of us to focus on our weaknesses and flaws.

But, when he started Compass, Reffkin said he started to celebrate his strengths and truly embrace his weaknesses — a decision that has aided his success. “In order for you to be your best self, you have to be your most authentic self,” he explained.

8. Bounce back with passion

Reffkin told the story of how he started Compass with the goal of transforming how rentals were done in New York City, a goal that faltered in the early months of the company. Reffkin then decided to refocus on sales, a move that drew criticism and requests for him to step down and caused a third of his staff to quit.

“The true test of an entrepreneur is not how you’re doing when things are going great, anyone can be amazing when they’re on the top,” he said as he explained Compass’s ascension. “It’s how energetically, how passionately and positively they bounce back from the bottom.” 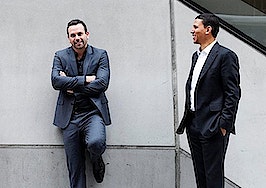 The Compass haters are starting to look lost 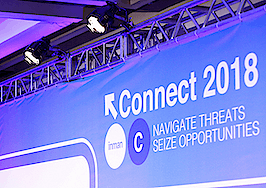 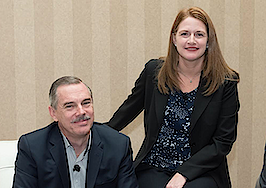 Communication is half the battle: 4 ways to ensure team cohesion
Back to top
Hear from Realogy, Pacaso, SERHANT., Spotify, Redfin, Douglas Elliman, and 100+ more leaders at ICNY.Register now×
Limited time: Get 30 days of Inman Select for $5.SUBSCRIBE×
Inmanpot
Log in
If you created your account with Google or Facebook
Don't have an account?
Create an Account
Forgot your password?
No Problem