Pedro Correa for Inman
by Emma Hinchliffe
Share this article
You successfully shared the article.
Close

EXp Realty posted a 235 percent increase in revenue from this time last year in its first earnings report since uplisting its stock to the Nasdaq.

EXp Realty‘s parent company eXp World Holdings took in $130.5 million in revenue in the second quarter of 2018, a staggering 235 percent increase from this time last year, the company said in its earnings report released Monday.

The fast-growing cloud-based residential real estate brokerage — whose agents communicate and train in a 3D virtual world — started trading on the Nasdaq in May, making this its first earnings report since uplisting its stock. Previously, the company had traded on OTCQB, the middle-tier venture market.

“We received a number of industry honors this quarter due to our amazing agents as they continue to deliver top production numbers, including this quarter’s record transaction and volume levels,” eXp World Holdings CEO Glenn Sanford said in a statement. “We are proud to be on this journey together, providing superior technology and agent support. This quarter also marked a pivotal day in the history of eXp Realty as we moved to Nasdaq.”

The company’s adjusted EBITDA (earnings before interest, taxes, depreciation and amortization) was $3.4 million, up from $155,000 a year earlier.

EXp Realty now has more than 12,500 agents, the company confirmed in its earnings report. Agent count has ballooned over the past year, from fewer than 4,000 agents last year. Agents receive company stock as a form of compensation for meeting goals. 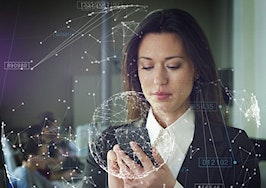 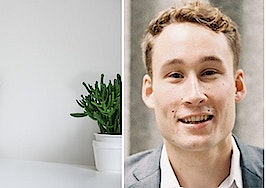 Spruce raises $15.6M in new Series A-1 funding round

Households with college students are twice as likely to experience foreclosure 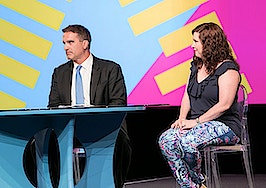 WATCH: How to start making your financial future a priority

WATCH: Mike DelPrete on the end of the 'sustained unprofitability' era
Back to top
Only 3 days left to register for Inman Connect Las Vegas before prices go up! Don't miss the premier event for real estate pros.Register Now ×
Limited Time Offer: Get 1 year of Inman Select for $199SUBSCRIBE×
Inmanpot
Log in
If you created your account with Google or Facebook
Don't have an account?
Create an Account
Forgot your password?
No Problem