Patrick Tomasso on Unsplash
by Patrick Kearns
Share this article
You successfully shared the article.
Close

It may seem odd to those of us who regularly browse for properties online in the U.S., but our neighbors to the north in Canada haven’t had the ability to see what price a home previously sold for online—at least, not until now.

Late last week, the Supreme Court of Canada refused to hear an appeal from the Toronto Board of Realtors (TREB), the real estate trade organization in Canada’s biggest city, over its argument to keep historical home sales data and pending sales information restricted to only dues-paying members of its organization, according to a news report from The Canadian Press.

The ruling ends a years-long fight concerning buyer, seller, and sales data being made publicly available for the city’s consumers on virtual office websites, consumer-facing listing websites operated by real estate brokerages, like Redfin’s website in the United States, for example.

The specifics of which data will be made public will be decided within the next 60 days, according to Christopher Alexander, the executive vice president and regional director for Ontario and Atlantic Canada at Re/Max Integra.

Immediately after the ruling, though, Canadian home search websites Zoocasa and HouseSigma started publishing historical home sales data — what a home previous sold for during older sales transactions — according to The Financial Post.

In a statement, TREB said it respected the decision of the highest court of Canada to reject its petition of appeal.

“TREB believes personal financial information of home buyers and sellers must continue to be safely used and disclosed in a manner that respects privacy interests and will be studying the required next steps to ensure such information will be protected in compliance with the Tribunal Order once that comes into effect,” said John DiMichele, CEO of the Toronto Real Estate Board.

In 2011, Competition Bureau Canada challenged TREB’s policy that prevented the publication of historical home data on virtual office websites – like prices, history and property market – from Stratus, TREB’s own multiple listing service operated by a third party where much of the data is held.

At the time, TREB argued that challenging the policy would restrict competition and digital innovation, according to the news report.

Canada’s Competition Tribunal – a quasi-judicial organization – dismissed the case in 2013, but the bureau appealed the ruling. The Federal Court of Appeal ruled in favor of the Competition Bureau in 2017. TREB attempted to appeal that decision to the Supreme Court of Canada, which dismissed the application along with several others last week.

Not every member of Toronto’s real estate community agreed that the data shouldn’t be public, however, according to Alexander.

“There were a lot of members of TREB that wanted to use the data that they had access to – such as sold info – to publicize on their own personal websites,” said Alexander.

Agents and brokers on the board were against it, Alexander explained, because every agent and brokerage pays fees to belong to the board, which in turn, grants them access to the information. By making it publicly available, agents that aren’t part of TREB would be getting the same data for free.

“I think there will be a lot of agents and brokers that will take advantage of the data – consumers have been asking for it for a long time,” said Alexander said.

Alexander added that there’s fear from some in the industry that with this information public, consumers are not going to need real estate agents anymore.

“As you know in the United States, having had sold data avail for over 10 years now, it hasn’t really changed the need for a Realtor,” Alexander added. “My personal opinion is a well-informed consumer is a better consumer to work with. The role of a Realtor has really changed in the last 10-15 years to a trusted advisor than a gatekeeper of information.”

Home sold data in the United States is commonplace. It’s easy to see what homes in the neighborhood sold for, just by browsing third-party listing sites like Zillow. One big difference is this ruling in Toronto will force other information, including granular pending sales data – how much a deal is worth, before the official closing – as well as seller’s financial information to be publicly available, according to Alexander.

Is there a chance that the United States could follow Canada’s lead here and make pending sales data and consumer financial information available?

“It depends on how much the United States sees Canada as a market leader,” Alexander said.

“Canada typically follows the U.S. when it comes to technology and practices in the real estate industry but you never know,” he added. “If the U.S. thinks we’re doing a great job they may well follow suit. Hard to predict though.” 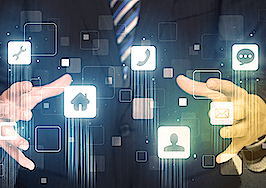 Sponsored Content
Is your tech vendor monetizing your data? 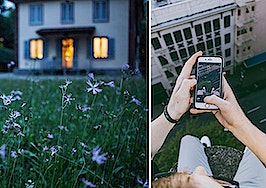 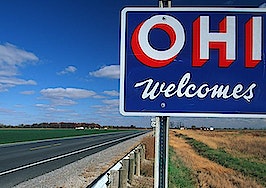