California Attorney General Xavier Becerra is in the middle of selling a condo in Washington, D.C. and he has never met his agent.

Becerra dropped by the National Association of Realtors‘ iOi Summit in San Francisco Wednesday to urge about 200 attendees — most not from California — to keep up with new technology, but also keep their personal touch.

“Thank you for providing something that is not very customary these days and that is providing personal attention to a customer,” Becerra said.

“You’re in a people business … I hope you will never lose that touch where you are critical to folks that, in many cases, are anxious, never bought or never sold, and are looking for someone to trust. You are going to need to have some of that old-fashioned know-how and bring it into the 21st century.”

Becerra’s condo sale is happening 2,500 miles away from where he lives, all through the internet, which is far different than when he bought his first home in 1987 for $101,000, the former 12-term congressman said. He encouraged attendees to “know where you’re going.”

“Have a sense of that curveball coming over the plate because it’s going to come fast,” he said.

For example, bitcoin and other cryptocurrencies will play a bigger role in home sales, and more transactions will happen over the internet, he predicted.

“If you’re not aware of it, you should find out what cryptocurrency is,” he said.

Becerra’s father was a construction worker and his mother a clerical worker who came to the U.S. from Jalisco, Mexico when she was 18. They bought a home and sent four kids to college — decisions that are becoming increasingly unaffordable. How can Realtors make sure homeownership is still part of the American dream, he asked. What do millennials — a generation for whom much is disposable — want when it comes to real estate?

“My job is to protect 40 million people in the state of California who want to do business with you [and] enforce the laws and regulations, some of which are becoming outdated,” he said, adding, “My goal is to work with you, not just to be an enforcer against you or the industry.”

California is the fifth largest economy in the world, he said, before asking the audience how the state can continue to be no. 1 in manufacturing, agriculture, technology and other industries if it doesn’t offer a good quality of life. How will California deal with density, homelessness and transportation issues?

“All of these are issues that are at some point going to come to a head,” he said. “I don’t have the answers.” But the more Realtors are involved in finding solutions, the better for the real estate industry, he added.

“It’s an interesting world and it’s moving faster than us and somehow we have to keep pace, but we still have an obligation to make sure that the American Dream stays alive,” he said.

He wished attendees luck. “I’m looking forward to working with you,” he said.

“But please don’t ever lose the personal touch which will probably keep you in good standing with a lot of folks who are trying to figure out what they’re going to do, where they’re going to live and how they’re going to believe that they will have a quality of life wherever they choose to live,” he added. “Our role is symbiotic in that sense.” 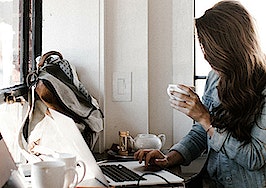 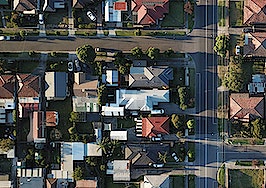 How to be above average in real estate 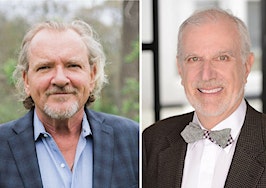 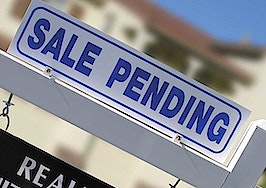