A judge reinstated a Fair Housing Act lawsuit against Glen St. Andrew Living Community for failing to protect a lesbian tenant from harassment by tenants.

In a 20-page opinion, Wood explained that in initial proceedings with the Northern District of Illinois, Eastern Division, St. Andrew argued that the Fair Housing Act doesn’t hold landlords responsible for tenant-on-tenant discrimination.

St. Andrew’s management also said the Act would only apply to them if the “landlord’s inaction was animated by discriminatory animus,” something they said Wetzel hadn’t proved.

Furthermore, the management said Wetzel’s complaint relied on 42 U.S.C. § 3604(b), which says that it’s unlawful to “to discriminate against any person in the terms, conditions, or privileges of sale or rental of a dwelling, or in the provision of services or facilities in connection therewith, because of race, color, religion, sex, familial status, or national origin.”

And “because that section does not cover post‐acquisition harassment claims—in other words, harassment claims brought by a tenant already occupying her home,” Wetzel’s claim should be dismissed.

According to court documents, Wetzel moved into Glen St. Andrew Living Community in 2014 and openly shared that her girlfriend of 30 years had recently passed away. Immediately, Wetzel said, residents began calling her slurs and telling her that “homosexuals will burn in hell.” One resident, in particular, said he celebrated the killing of 49 people at the Pulse nightclub in 2016.

Wetzel went on to say that residents also physically abused her by ramming into her motorized scooter, hitting her on the back of the head and spitting on her.

Wetzel told management about the verbal and physical abuse, and they responded by telling her not to worry about the harassment. When Wetzel included her social worker in discussions about the abuse, management said Wetzel was lying about her experiences.

Eventually, Wetzel said the management moved her to a “less desirable” dining location to separate her from one of the tenants who harassed her, and she was also barred from the lobby, except to get coffee. She also said management began falsely accusing her of breaking building rules, such as smoking in her room, to build a case for eviction.

Judge Wood said Fair Housing Act protections don’t “evaporate once a person takes possession of her house, condominium or apartment,” and that an anti-retaliation provision within the Act says that landlords cannot “coerce, intimidate, threaten, or interfere with any person in the exercise or enjoyment of, or on account of his having exercised or enjoyed, … any right granted or protected by section 3603, 3604, 3605, or 3606.”

“For 15 months Wetzel was bombarded with threats, slurs, derisive comments about her family, taunts about a deadly massacre, physical violence, and spit,” Wood concluded. “The defendants dismiss this litany of abuse as no more than ordinary ‘squabbles’ and ‘bickering’ between ‘irascible,’ ‘crotchety senior resident[s].’ A jury would be entitled to see the story otherwise.”

“This is a tremendous victory for Marsha,” said Lambda Legal Senior Counsel and Seniors Strategist Karen Loewy who is representing Wetzel in the case. “She, just like all people living in rental housing, whether LGBT or not, should be assured that they will at least be safe from discriminatory harassment in their own homes.”

“What happened to Marsha was illegal and unconscionable, and the Court has now put all landlords on notice that they have an obligation to take action to stop known harassment,” she added.

The case will now face further proceedings on an unspecified date. 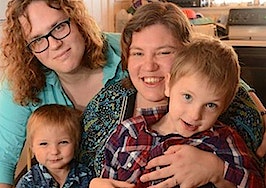 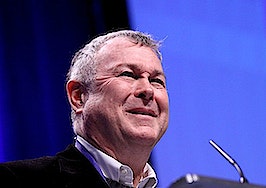 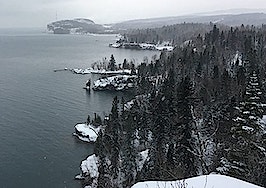 HUD charges Minnesota homeowners and their Realtor with discrimination

Fannie and Freddie must factor in climate change risks: FHFA
Back to top
TODAY: Leaders from eXp, Corcoran, RE/MAX, The Agency, and more are speaking virtually at Connect Now. Listen or watch live + receive the replays.Register Now×
Agent Appreciation Sale: Inman Select for only $85.CLAIM OFFER×
Inmanpot
Log in
If you created your account with Google or Facebook
Don't have an account?
Create an Account
Forgot your password?
No Problem