In the United States, Purplebricks’ flat-fee for homesellers was recently raised from $3,200 to $3,600 USD. Sellers pay the fee upfront, regardless of whether or not their home successfully sells with the brokerage.

Flat-fee U.K. brokerage Purplebricks is raising prices Down Under. Its Purplebricks Australia operation will now reportedly charge homesellers $8,800 Australian dollars ($6,363.06 USD at current exchange rate) per listing, as first reported by the Australian Financial Review, up from $4,500 AUD when it first launched in the country in 2016.

“As a global business, we regularly evaluate our pricing model based on competitive, market and regulatory conditions,” a spokesperson for Purplebricks said in a statement to Inman. “When and where appropriate, we may adjust our pricing to ensure we maintain our competitive edge.”

In the United States, Purplebricks’ flat-fee for homesellers was recently raised from $3,200 to $3,600 USD. Sellers pay the fee upfront, regardless of whether or not their home successfully sells with the brokerage. In Australia, the fee is split, with half due up front and the other half due on completion.

“At this time, there are no plans to adjust our pricing in the United States,” the spokesperson added. “We remain fully committed to delivering the highest quality service—like we continue to do each day in every market.”

The Australian fee hike comes at a time when Purplebricks is losing local property experts, according to The Negotiator, an Australian real estate news outlet, and the company may be looking to help keep them on with the prospect of increased commissions (the fee hike will raise their commissions from $1,000 AUD to $2,000 AUD). Purplebricks Australia reportedly lost 20 percent of its property experts in the past year, from 105 down to 85, the report says.

Things also slightly differ in the United States, where Purplebricks pays the buyer’s agent commission after a deal closes, unlike in international markets. The business model has drawn the ire of some of the more traditional brokerages in the industry.

In the U.K.-based brokerage’s first-year in the United States, its return on investment, tracked behind its Australia launch, according to an analysis from Mike DelPrete a tech entrepreneur and Inman contributor.

DelPrete found that revenues lagged slightly behind – and the fees were similar, $3,200 in the U.S. compared to $3,300 in Australia – while spending was significantly higher. He believes the markets Purplebricks chose may have led to high costs.

Purplebricks U.S. has expanded in 2018, launching in Las Vegas in Phoenix, adding to its presence in New York, New Jersey, Connecticut, Pennsylvania and California this year. It also launched in Canada, its fourth country. Overall, in the most recently available financial numbers, Purplebricks reported a 101 percent increase in revenue over the previous year, for the fiscal year ending in April 2018. 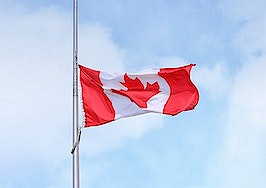 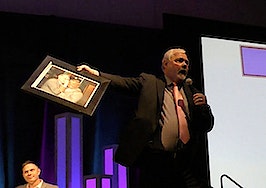 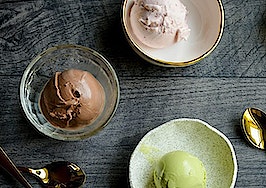