rawpixel on Unsplash
by Kendall Caputo
Share this article
You successfully shared the article.
Close

If you’re a full-time real estate agent, you’ve likely experienced some less-than-profesh agents in the field. But what do you do when you encounter truly terrible behavior?

Picture the scene: A naked homeowner is getting out of the shower as an agent barges in to check out the master bathroom. After he stops screaming in anger and fright, the homeowner asks the agent why he didn’t make an appointment.

The buyer’s agent simply says, “I’m sorry, I thought the house was vacant.”

In this case, the listing didn’t say it was vacant; the showing instructions specified that interested parties must call the owners for an appointment, but that didn’t stop this buyer’s agent.

Or, maybe you’ve been on the other side of the transaction: You send off a generous and uncomplicated offer simply requesting that the listing agent give notice that it’s been received. No response. As days pass, the silence becomes deafening.

A polite email, another unanswered phone call — still nothing. Finally, you break down and call the brokerage only to find out that the home is still on the market. Three days later, after making every attempt to make contact, you get a text back: “The sellers have a signed contract with someone else.”

The blood in your veins boils.

Or even worse, you encounter the scenario above, being strung along with no response only to be rejected. Then 45 days later, the property closes — for less than your offer — and the type of agency listed in the MLS is dual agency.

If you’re a full-time real estate agent, you’ve likely experienced some less-than-profesh agents in the field. As is often pointed out in the industry, the bar of entry is low.

In Florida, to sit for the cosmetology license exam, one must complete 1,200 school training hours. By contrast, in the same state, a real estate pre-license education requirement is only 63 hours.

Stefan Swanepoel sums it up best in the DANGER Report:

Between the industry demographics and the sheer number of transactions you’re involved in, you likely find yourself involved in transactions that involve badly behaving real estate agents from time to time. How do you deal with it?

How to handle the situation

Should you report terrible agents? I firmly believe that whether you take action and call the agent’s broker or even report the violation to the association depends on the answers to these four questions:

1. How severe is the infraction?

Thanks to the National Association of Realtors (NAR), real estate is largely a self-policing industry. State licensing boards only discipline the most egregious violations of the law, and even then generally only when they receive a complaint from a consumer.

Consider the severity of the incompetency or infraction and the intent behind it. If an agent engages in unethical or illegal activity and continues that behavior even after you confront him or her about it, you have a duty to the public to report the incident to the agent’s broker, and to your local Realtor association’s Professional Standards Committee.

Is the offending agent’s poor performance due to a lack of attentiveness or professionalism? If so, it may be appropriate to bring that to the attention of the agent’s responsible broker.

Most poor performance is not rooted in nefarious behavior, so we need to consider whether it is simply due to lack of experience or lack of professionalism or attentiveness.

Look for clues that might explain the poor performance. If you have worked with the agent in the past and the behavior is a departure from your prior experience, there could be mitigating factors, such as health challenges or a family crisis.

If that’s the case, and the agent’s behavior is only temporary, reporting the behavior in a way that could jeopardize that agent’s job would likely weigh heavily on your conscience. If you feel compelled to reach out to the agent, do so with empathy.

3. Do they just need a little help?

Agents who truly want to succeed deserve our support. This industry can seem ruthless, and many of us can probably think back to a time when we came face to face with the realization that selling real estate is no easy gig.

The hardest part of becoming a real estate professional is completing those first five transactions; everything is new at that point, and many agents never make it to five.

Our industry loses promising agents every day. Often, they fail because they make the wrong brokerage choice, affiliating with an office that does not provide a nurturing environment for growth.

Not too long ago, I received from a cooperating agent an offer that was full of errors and missing appropriate addenda. It was evident that she had never written a contract before and had no one to give her any guidance.

Her performance was a reflection on the broker who let her venture out into the world ill-prepared, so I decided that calling that broker would have been a waste of time.

Instead, I called the agent and told her there were a few errors in the offer. She admitted that it was her first attempt. The solution was simple: we met for coffee, and I helped her rewrite it.

Subsequently, she affiliated with our company. This was a double win: we gained a hardworking new agent, and she is now growing the confidence and knowledge that comes from working with a brokerage that supports her.

4. Are they just plain bad?

Some agents are either guilty of neglect or put their self-interest at the center of the transaction, tarnishing public perception of real estate agents more broadly in the process.

Just how big can the implications be? Consider the 2014 Harris Poll in which the real estate agent was rated least prestigious of 25 occupations listed in the poll, ranking below actors, athletes and politicians.

As stewards of the Realtor brand, we have an obligation to speak up in these instances.

When you do feel the need to alert an agent’s broker, it is best to discuss the situation with your own broker first. It may turn out that a broker-to-broker discussion is the best way to handle the situation.

Control the only thing you can control

The bottom line is this: every situation is unique, and it takes experience and savvy — or as Brian Tracey would call it, “mastery” — to know the right way to handle a poorly-performing agent.

Ultimately, the only thing you can control in a situation with an agent who’s performing poorly is you. Ask yourself those four key questions, and act accordingly.

In many cases, thoughtfully managing these agents’ missteps can ultimately turn out to be a great opportunity. 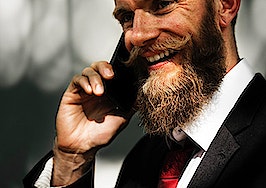 Lesson learned: Set yourself apart by being an excellent communicator 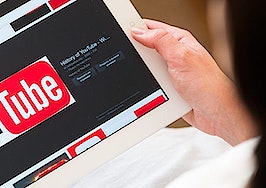 Cramming for your real estate exam? Use these YouTube videos to prep 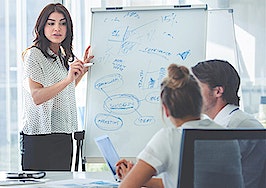 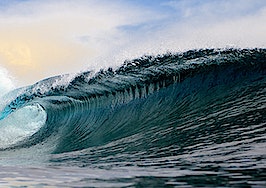 Why agents shouldn’t worry about the iBuyer wave