Jeremy Galliani on Unsplash
by Sam DeBord
Share this article
You successfully shared the article.
Close

Big money is influencing the real estate business the way it does politics. It pushes ideals to their extremes to see how much they can withstand and still carry a critical mass of adoption. The most radical, yet still electable, candidates garner the biggest donors and take the nomination (apologies to William F. Buckley).

The industry feels like it’s in a new primary election season. Wealthy suitors are chasing charismatic ideologues. Ultimate discount, ultimate payout, ultimate automation, ultimate convenience: SoftBank and its brethren are funding companies that are hellbent on radical transformation of the industry.

Incumbents will need laser focus on their differentiators and business discipline to compete.

You get what you negotiate

While one usually cringes at being quoted in a Hahn publication, I think the new industry entrants would agree with me. “You get what you pay for” is a cliche used more to obfuscate fat than demonstrate value.

You get what you negotiate. Agents know this, and they’re empowered with more knowledge than ever. The game of hide-the-good-split-plan is nearly over.

Brad Inman’s story comparing industry battles to the Gulf War drew some well-founded criticism for the analogy. Don’t let that undermine the reality. External forces are creating conflict within and between brokerages like we haven’t seen before, even if most don’t let the turmoil see the light of day.

Imagine how that will accelerate when the market shifts downward and revenues thin out.

It’s so competitive right now that even the nice guys are fighting. Homesnap and Cloud CMA are Twitter-battling? I have to admit I’m as fascinated as the next rubber-necker at the scene. Share a cocktail at the next RETechnology party, folks, and write the next Industry Update script together.

Every new real estate entrant now seems to have an economist, a public relations team and a growing set of research and media tentacles that keep consumers within their own mirrored funnels. The battle to own consumer mindshare is just heating up, and this is untested territory for most brokerage companies.

It’s a long road for a broker to catch up. Keep an eye on NAR’s communications for support, as the corporate reorganization and new philosophy are accelerating media efforts.

Hyper-local is still the way to go

What’s the agent’s defense against the consumer’s mindshare drifting toward other entities? Like always, it’s local knowledge, experience and relationships.

Those are sometimes difficult to convey in a crowded online world. LiveBy is a newer company on a meteoric rise making hyper-local content delivery easier. There are still ways to outshine even the biggest information portals with local value.

MLS in the spotlight

The debate over data manipulation in the MLS and brokers/vendors/MLSs providing quality data to each other is front and center. Set the high-profile characters and the surrounding drama aside, and just read the quotes from the Miami fracas we all watched unravel.

It’s painful to listen to highly successful agents whose words reveal either little understanding or a general lack of respect for the broker cooperative that supports a massive portion of their businesses. We need to start having a stronger industry conversation about our shared responsibilities. If that requires more required education and enforcement at the MLS level, so be it.

Props to you, New York

On the bright side, New York seems finally headed toward what could become a true regional cooperative with a unification of Hudson Gateway and Long Island’s MLSs.

Brokers deserve it. Consumers deserve it. If we can’t get quality data in Manhattan, how can we expect it across the rest of the country? Good work to all involved, keep up the momentum.

And we can’t forget about these guys

There are still a lot of interesting, fun and distracting things happening in the industry that are conflict-free: 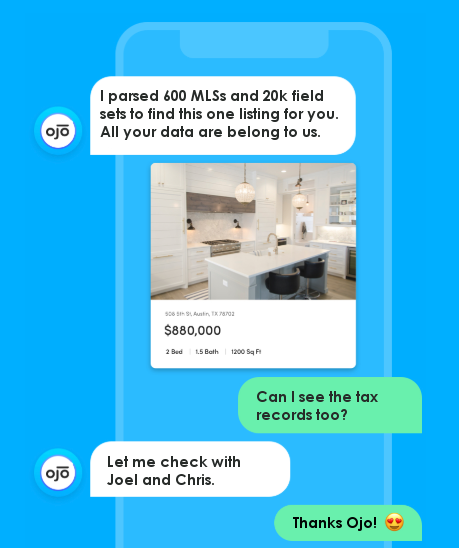 In a classic bot-bites-dog story, AI startup OJO Labs gobbled up real estate data insider WolfNet Technologies. If you had any doubt about how screwed up the industry’s data landscape is, the machine that thinks for itself can’t even make use of our data without a translator. Congrats to WolfNet for swallowing the industry’s data elephant one bite at a time, over many years of hard work.

My kids want to learn how to Duffy. They’ve finally stopped asking to watch that agent “floss” in his listing video. You can’t look away from this monumental spend of cash and credibility and won’t be able to hold back laughing at “Tim Smith with the listing.” Kudos.

Access to instant buyer options is going to be a valuable toolset for agents. With all the major brokerage brands joining the party, and even agent vendors like Cloud CMA’s W&R Studios, there’s clearly momentum. But, considering how little iBuyer action there is from any company in cities with high prices, widely divergent construction styles, or few large master-planned communities, the whole topic can be simultaneously fascinating in concept and a yawner in practice thus far. Hurry up and wait.

Remember Geek Estate? If you haven’t visited in a while, you haven’t seen what an information powerhouse Drew Meyers and Greg Fischer have built in the new Geek Estate community. This is a real estate tech network to watch.

Just confirmed: You likely qualify for a 20 percent business income tax deduction, thanks to Realtor-led efforts during the tax reform process earlier this year. Cheers. Thank your association’s staff and volunteers.

Google Plus has been killed off, and agents everywhere are unchecking an automatic syndication box. It’s kind of like finding out “that one actor from Spaceballs” just died, and thinking, “Didn’t Nick Cage memorialize him at the ’98 Oscars?”

The Swanepoel Trends Report is coming out early this year, in time for your year-end strategic planning sessions (shameless plug). If you’re looking for a new direction, dive into the work of our team of researchers and writers.

Foreclosures are at a 13-year low. That’s worth a little celebration. Today’s borrower is a real person with a verified job, income and ability to repay a loan. Lending standards may be relaxing, but we’re a country mile from where we were in the early 2000s. Sorry, bubble bears, it’s different than last time.

Have an angle on what’s next in the industry? Let’s chat at NAR’s November Expo in Boston.

Sam DeBord is Managing Broker/VP of Strategic Growth for Coldwell Banker Danforth, Past President of Seattle King County Realtors, and 2018 Vice Chair of NAR’s Multiple Listing Issues and Policies Committee. You can find his team at SeattleHome.com and SeattleCondo.com. 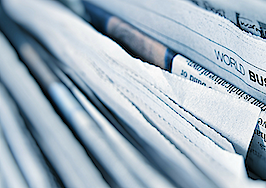 This week in RE: the NAR logo, Zillow’s iBuyer status and DocuSign’s IPO 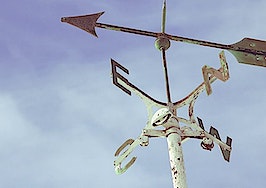 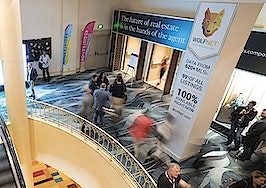