The industry’s top agents descended on Los Angeles this week from all corners of the globe to network, make new connections and hear advice on how to take their business to the next level.

The real estate industry’s top agents descended on Los Angeles this week from all corners of the globe to network, make new connections and hear advice on how to take their business to the next level at Inman’s Luxury Connect.

The three-day event, held at the Beverly Hills Wilshire Hotel, steps away from Los Angeles’s famous Rodeo Drive, and off-site spaces including a mid-century modern architectural gem in the Hollywood Hills, featured talks on wealth, marketing, management and happiness, all with the end goal of greater business success. 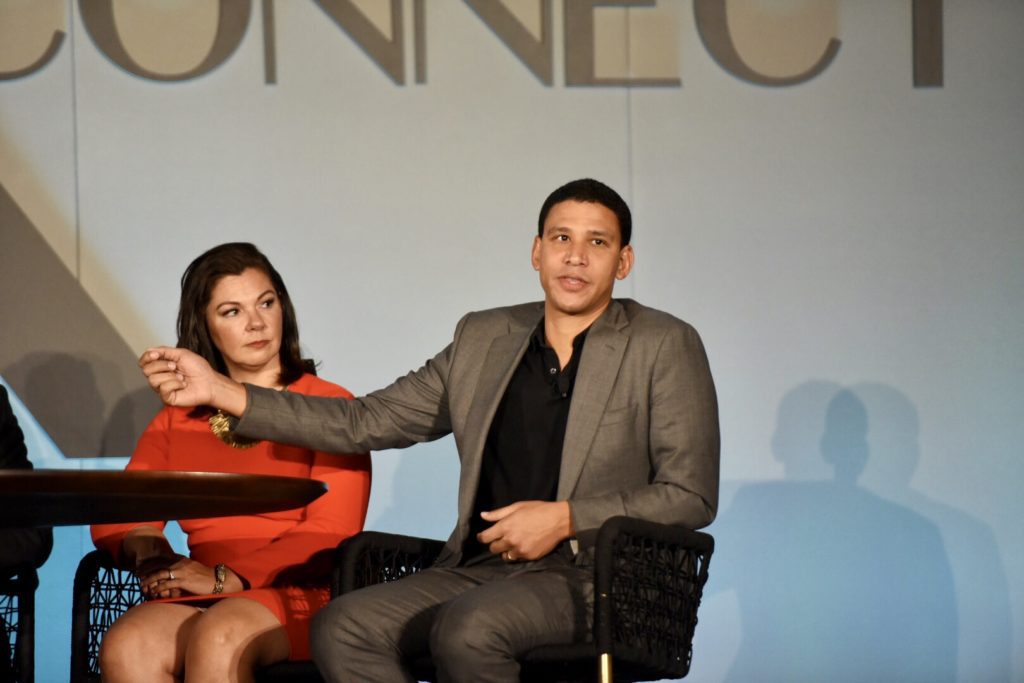 The future of brokerages

One of the earliest sessions of Luxury Connect features a number of heavy hitters in a hot debate about the future of the real estate brokerage in an era of disruption. All of the panelists agreed that the best thing to do is invest in your business and focus on your value proposition.

Mauricio Umansky, the founder and CEO of The Agency, claimed during the talk that he’s never recruited an agent and took a shot at discount brokerages.

“That is one of the things that are driving me crazy,” Umansky said. “We will not discount our commissions.”

Robert Reffkin, the CEO and co-founder of Compass, took the opportunity to call on the industry to take back data and empower local multiple listing services. He explained that buyers are getting siphoned off of brokerage’s listings to other websites because brokerages aren’t investing in data ingestion technology.

“If your company cannot get your clients off the addiction to Redfin, that’s a problem,” said Reffkin. “I would love to see us work together and see how we can collaborate in bringing the consumer back to brokerage firm sites.” 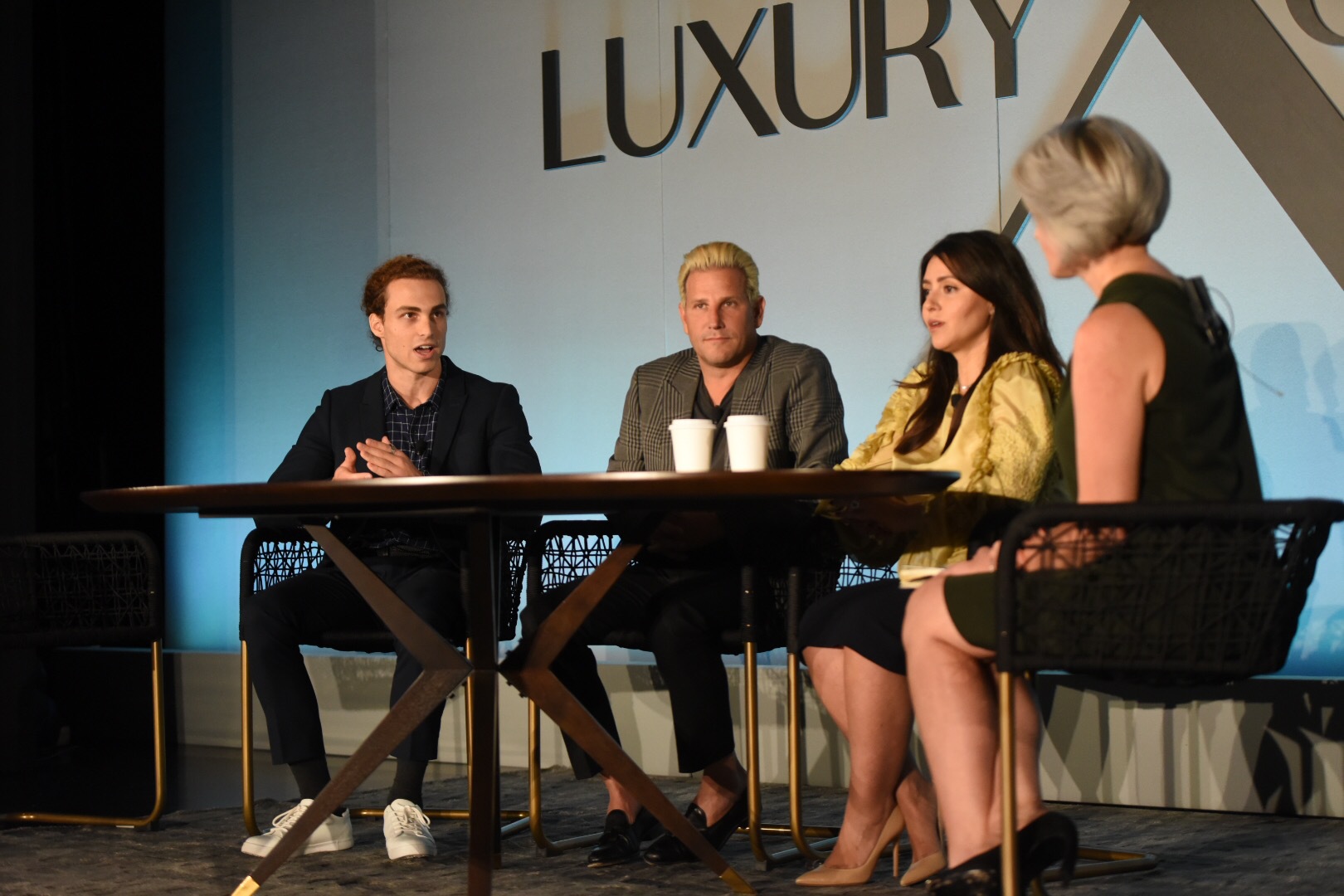 In a room full of industry veterans who cut their teeth through years of growing their business the old school way, Chase Nuttall, of Nestseekers International is an anomaly – he built his career on Instagram. He has a client base of Youtube stars and young musicians.

Rayni Williams and Branden Williams offered the more traditional perspective on creating lasting marketing: differentiate your strategy depending on the client and the property. 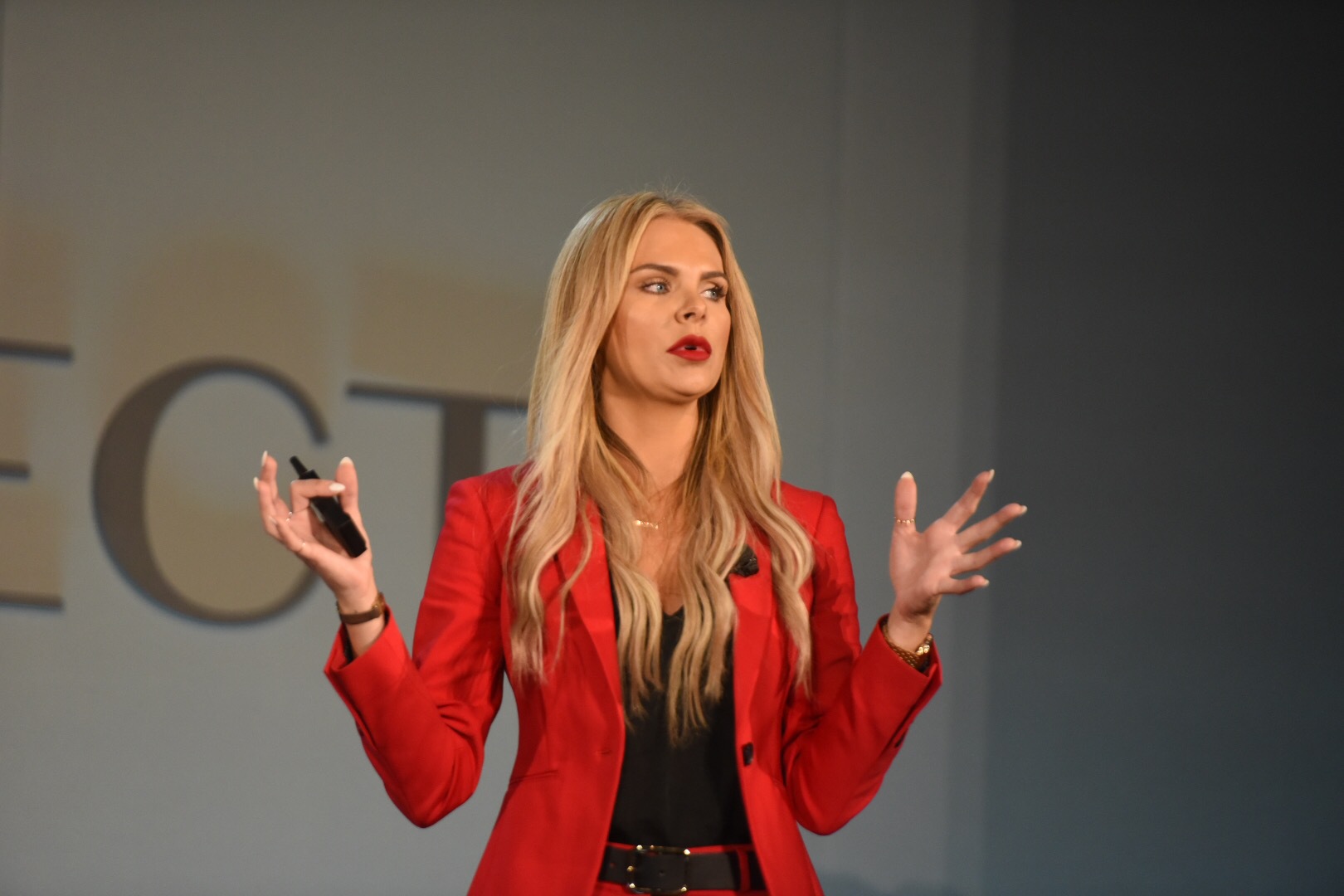 Level up from agent to wealth manager

One of the best ways to retain clients and sell them their fourth or fifth home is to transform from agent to wealth manager, according to Diane Ramirez, chairman and CEO of Halstead Realty.

Ramirez said a big key is to not just provide the client with data, but help them understand that data. At Halstead, their chief economist breaks down market reports and the company sends daily emails with relevant news headlines.

Both Ramirez and Michael Dreyfus, a real estate agent with Golden Gate Sotheby’s International Realty, agreed that it’s important to make things personal and talk about more than business with your client.

“We’re so focused on the real estate information, but it’s the life component that really gets you to be the trusted advisor and gets you selling them their fourth property and their fifth property,” Ramirez said.

Agents can also provide their clients with tech tools, likeHomebot and CoreLogic’s ePropertyWatch platform, both of which provide monthly property reports. 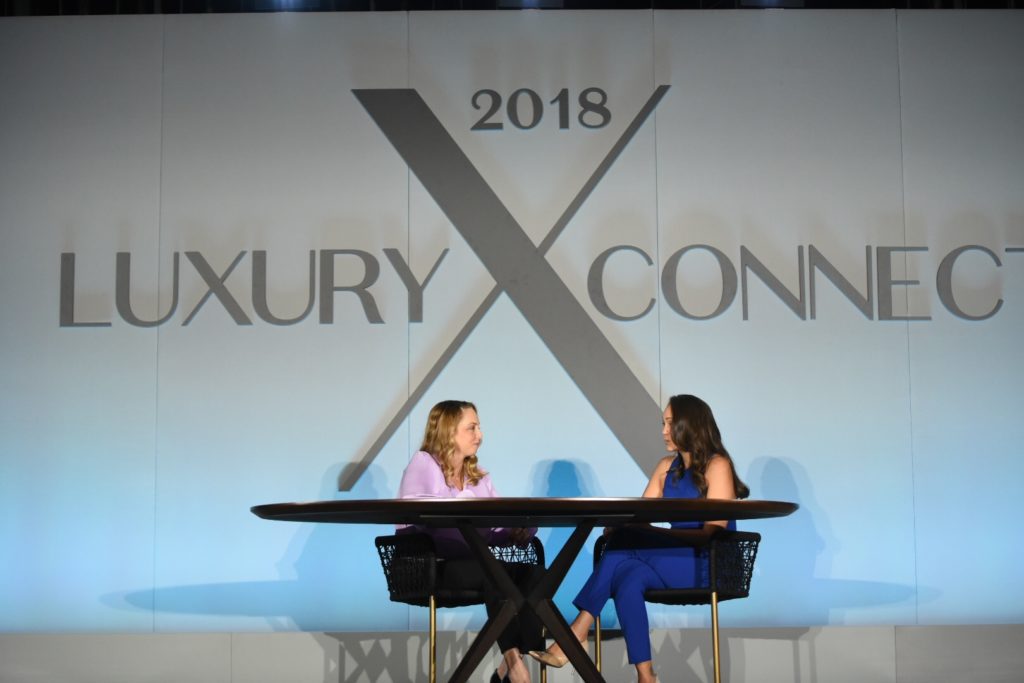 Perseverance and leadership in the MeToo movement

A decade ago, Louisette Geiss was appearing regularly on television sitcoms, had performed at the Grand Ole Opry and reached what she believed was the apex of her career – pitching to Harvey Weinstein at the Sundance Film Festival.

The pivotal night in Weinstein’s office, where the embattled movie produced exposed himself to Geiss, she said, changed everything. Now she’s the lead plaintiff in a class action lawsuit against Weinstein, and, thanks to her husband’s encouragement, she’s working in the real estate industry.

“When you work so hard in your life to get to a certain point and you’re told, hey you have to do some kind of thing that obviously does not feel good to you, you feel that you’re subjecting yourself to these horrible experiences,” Geiss said. “And you say to yourself, I won’t make it unless I do what he’s asking.”

In a powerful interview on stage at Luxury Connect, with an intently listening audience, Geiss told Sara Sutachan, the vice president of industry relations and strategic initiatives at the California Association of Realtors, that men and women need to come together to fight against what was long the norm in all industries. 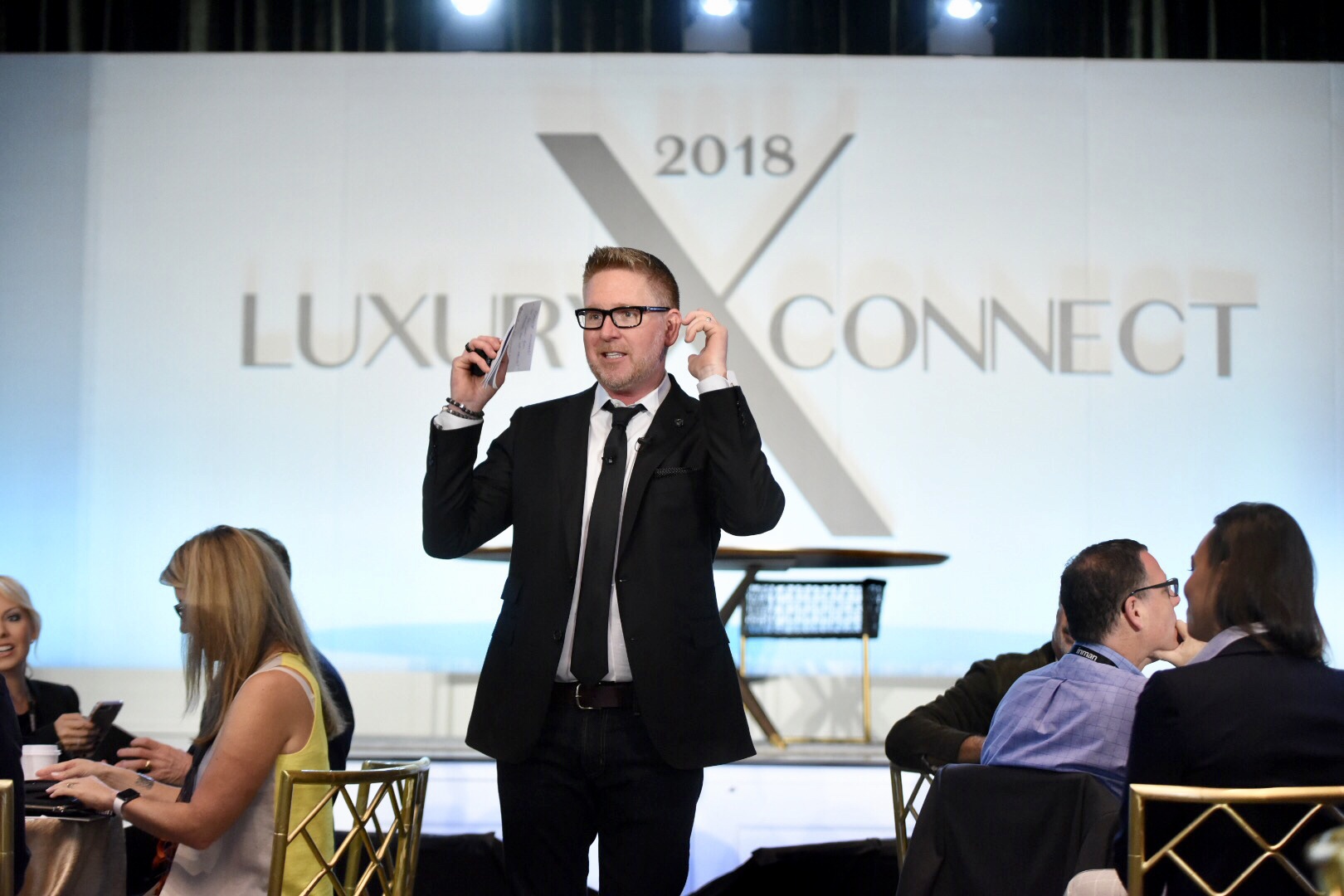 Common mistakes in luxury and how to avoid them

The always energetic real estate coach Tom Ferry shared with attendees the four most common mistakes that luxury real estate agents make – and he’s heard all kinds of stories during his coaching sessions.

The four most common mistakes, according to Ferry, are: focusing on problems that are too small; casting too small a net; being afraid to take risks and not following a process.

“If you’re not punching consumers in the face, nobody knows who you are,” Ferry said. 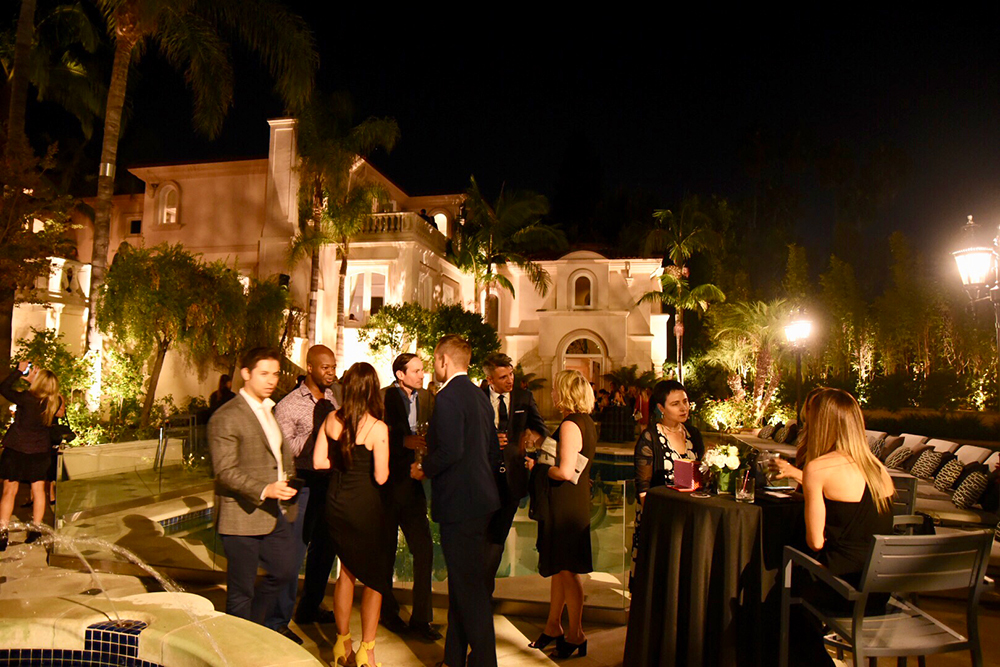 Inman’s Luxury Connect event is about more than what happens on stage. It’s about the networking opportunities, the special events and of course, the parties.

The week opened with attendees spending hours getting lost inside a $50 million Bel-Air Mansion – that had multiple pools, an indoor bowling alley, home theater and more floors than you could count.

Attendees also spent the second day of Luxury Connect broken down into different activities, including a Japanese Whiskey tasting, a tour of the Lew House and talk on trends in architecture, a private tour of the Paley Center for Media, luxury car tour, meeting with a celebrity stylist and a meditation session.

More Inman Essential Guides
6
The guide to finding the best brokerage for you
7
The essential guide to the new luxury real estate market
8
The essential guide to agent safety
Back to top
Only 3 days left to register for Inman Connect Las Vegas before prices go up! Don't miss the premier event for real estate pros.Register Now ×
Limited Time Offer: Get 1 year of Inman Select for $199SUBSCRIBE×
Inmanpot
Log in
If you created your account with Google or Facebook
Don't have an account?
Create an Account
Forgot your password?
No Problem