When it comes to modern real estate icons, it’s hard to think of a better one than Ryan Serhant. The real estate broker is the star of two reality television shows focusing on transactions, produces his own YouTube show, and has appeared on every major news network to talk about the business.

But believe it or not, everything hasn’t always worked out perfectly for the top producer. He’ll be discussing what he’s learned from the disasters and near-misses in his career at a special session about “How To Fail Smarter” at Inman Connect New York, Jan. 29 through Feb. 1 at the New York Marriott Marquis.

Serhant opened up to Inman about how to survive and thrive in real estate as the market changes and much more.

Tell us a little more about your session. How will it address how the industry can embrace the shifting market?

I think that markets are consistently shifting, and the best salespeople are the ones who know how to diversify and who don’t stick to a niche product — because you don’t want to be that guy who was selling horse carriages and thinking that nothing was ever going to change. It’s only in hindsight that we say “that’s stupid, why didn’t they change?” But when you’re in it, you don’t want to change. And once it’s disruptive to you personally, especially when you’re paid on commissions it becomes very scary. You have to adapt to technology and how it’s benefitting the consumer, use that to your benefit, and adapt to locations and different ways to sell. I sell all over the place because I have to — not necessarily because I want to.

What do you think are the biggest opportunities to focus on in the real estate industry right now?

I think there are a lot more ways to meet clients passively than ever before. It used to be that if you were an agent and worked out of your office, maybe you’d cold call or knock on doors, or you were the local company and people would come by and see you. Now you have so many different ways to see people and brand yourself as an expert on what you sell — you can be an expert on that location or that type of house, and there are ways to do that through Youtube, social media, Facebook pixels — the list goes on and on.
When you look up a pair of Nikes online and they follow you all over the internet for a few days afterward, — why aren’t brokers taking more advantage of that type of tech to track and trace their own clients? Because they don’t want to spend the money, because it hasn’t been done before, because they don’t like change? It’s not a scary thing, it’s a cool thing, because you can meet people.

I understand my point of view can be very biased because I’ve been very fortunate with TV and everything, but I still started a blog on YouTube; I put out content every week and it’s a lot of work, but I’m consistently trying to find new ways to brand myself as an expert for selling real estate. If someone who’s 25 is watching that and renting, they’ll think of me when they’re 30 and ready to buy.

To stay competitive, agents, brokers and companies need to execute quickly. What do you feel are key areas where quick execution can vastly improve the customer experience?

I try to remove as many steps as possible from every transaction because every extra step could be an extra day, and time kills deals. For example — lots of banks do home loans; Chase Bank does home loans, and they have a computer software program in some of their branches and are rolling it out to more places where you don’t just go in there and look at home loans. You search for property with a lender who can pre-approve you on the spot, based on what you can afford, not what you think you can afford. On Streeteasy or Zillow you say “I want a four-bedroom and this is my budget,” but Chase has a system that pops out what you can afford and searches by monthly payments and shows you what you can do. You can search by school district, they’re broken down by where you need to be and what you can pay, and it removes a massive step — we typically have to get to that point through the process of elimination — and they’re pre-approved. They just took a three-step process and turned it into one.

What are your hopes for the next 12 months, and what will you be working on?

We’re going to see a change in how properties are priced, it’s smacking sellers in the face that overpricing and hoping to negotiate just isn’t working, there’s an alternate model that could pop up in the next 12 months. For me it’s all about diversifying. I learned a lesson a couple years ago where I saw the Manhattan market was slowing down, we had listings that should have sold in a heartbeat and weren’t selling, and I looked at where things were selling — in Brooklyn, Bedford-Stuyvesant and Bushwick, and saw these multifamily and single-family homes were selling in 48 to 72 hours and said “that’s what I want.” I’d rather sell 20 $1 million multifamily houses to people who want them than to beg on my knees for some guy to pay $20 million for a property he doesn’t need. Now we’re doing stuff in New Jersey, Chicago, Los Angeles, Miami, San Francisco, to cater to clients.

Dig deeper into how to fail smarter and discover the opportunities in a changing market at Inman Connect New York, January 29 – February 1. Jumpstart 2019 with tactical takeaways, unlimited networking and thought-provoking speakers. Learn more. 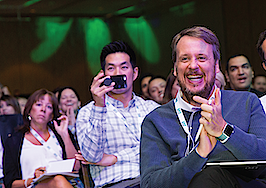 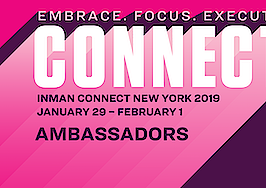 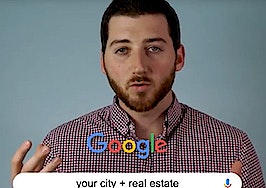 3 ways for real estate agents to rank higher on Google 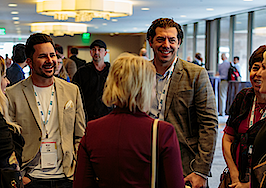