Kobby Dagan on Shutterstock.com
by Patrick Kearns
Share this article
You successfully shared the article.
Close

The Greater Las Vegas Association of Realtors (GLVAR) has decided to end syndication of its members’ listings to real estate portals Zillow and ListHub.

Update Saturday, November 17: A week after the GLVAR board’s decision to end automatic listing syndication to Zillow and ListHub, the leaders have reversed course and will allow automatic syndication for their members’ listings to continue. Read more here.

GLVAR confirmed the move in a statement to members, obtained by VendorAlley and a video posted to its YouTube channel.

The Greater Las Vegas Association of Realtors (GLVAR) and its [multiple listing service] knows that protection of MLS data is a priority for its members,” the statement reads. “While it has always been the individual brokerage’s decision as to syndicate its listing data and to which third-party portals, GLVAR and the MLS played a role in facilitating syndication with a series of agreements with several third-party portals.”

“After careful consideration and discussion, GLVAR and its MLS have decided to end that facilitation to all such portals,” the statement continues.

In the video, David Tina, GLVAR’s past president said the association surveyed its members and 75 percent said they feel they should have control over their own syndication. GLVAR has always allowed brokerages to have control and shut off automatic syndication that was facilitated by the association, but now the onus will be on each brokerage to send their listings wherever it chooses.

“The idea behind the decision is that it would give brokers here in Southern Nevada, that are in GLVAR, the ability to decide where their individual data is going to go,” David Crete, the multiple listing association board chair said in the video. “Not really much different than the way it was, it’s really to give brokers more control and more say.”

The syndication agreement with Zillow ends in January 2019 and with ListHub ends in June 2019. In November 2017, after failing to reach an agreement with Move Inc., GLVAR cut off its listing feed to realtor.com

Agents that have learned about the decision are split on what it means in the short-term and the implications of the decision.

“How is removing your listings from millions of buyers a good thing?” asked Mike Johnson, a Realtor at Century 21 Blue Marlin Pelican, in the Raise the Bar in Real Estate Facebook group.

“Why do agents not want their listings to be advertised all over the internet?” added Marseeya Stone, an agent with Redfin. “Am I missing something?”

Others celebrated the decision and predicted that other associations will soon follow the trend.

“At eXp Realty we have a new executive that is advocating for this exact thing,” posted Mary Standahl, a broker with eXp Realty. “I’ve been saying this for years. I hope Hawaii can follow suit.”

A source at Zillow told Inman that Zillow believes this is a power play by the larger brokerages that sit on the board of directors at GLVAR to hurt smaller brokerages, the latter of whom may not have syndication feeds already set up.

Zillow does not charge brokers to host their listings on the portal, but it may cost brokers money to hire tech experts or contractors to set up syndication feeds.

Errol Samuelson, the chief industry development officer at Zillow Group told Inman, in a statement, that the decision is a disservice to Vegas-area home-sellers, brokers and agents.

“By removing the MLS feature that gives each broker choice and the ability to send their listings directly to the most popular real estate websites, the brokers behind GLVAR’s decision are using their power at the Association and MLS to harm small brokers in Las Vegas,” Samuelson said. “Independent brokers who don’t have the budget or technology to set up new, individual feeds to all the multiple different real estate portal sites in America will be significantly harmed by this decision and saddled with higher costs to their business, all of which is completely unnecessary.”

A spokesperson for ListHub – a subsidiary of Move Inc. – told Inman, “The Greater Las Vegas Association of Realtors’ decision to end broker syndication services will complicate processes for their broker members, but ListHub remains committed to supporting GLVAR’s members, as we continue to do through our partnerships with more than 600 multiple listing services across the nation.” 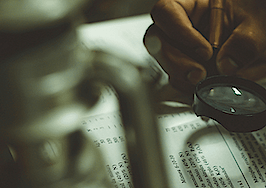 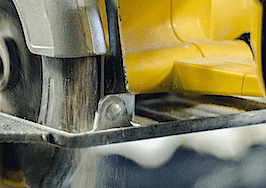 Las Vegas Realtors to cut off listing feed to realtor.com

An MLS is making it easier to find ADA-compliant properties