Andrew Neel on Unsplash
by Anthony Lamacchia
Share this article
You successfully shared the article.
Close

When talking through changes with clients, it can be difficult to get stubborn buyers and sellers to see your side. “Show, don’t tell” is a mantra that works. Here are five examples of how we changed minds using one simple tool.

Let’s face it, no matter how good you are at explaining things to your buyers and sellers, it’s rare that they believe you entirely or listen completely. I noticed this back when the market crashed in 2008 after endless appointments with sellers who believed their home was worth more than market value and refused to listen to me.

Then I began bringing news articles to listing appointments and reading them with the clients. Or I would email them to a seller who would resist on a price adjustment. I immediately noticed it was working, and it was making my discussions a lot easier.

That was the beginning of my obsession with writing blogs, making graphs and creating data to show buyers and sellers things instead of just explaining them. We have a coach who says, “People don’t believe what they hear, they believe what they experience.” He’s right about this.

Late this past summer, as the market was clearly changing, I began to think about how I would write about it and the best ways to illustrate that change to sellers.

I noticed that price adjustments were increasing, so we pulled statistics on it from our mulitple listing service (MLS) over the past few years, and it was clear that I wasn’t dreaming — they really were way up.

I also noticed that the inventory of homes for sale was higher than the year prior, and I knew that was the first time that had happened in years. So, we pulled that data as well.

Once I had all the data, I wrote an op-ed called “Three reasons the housing market has changed.” We included various charts and graphs and then released it a few days later. As with any blog we release that is meant to show sellers what’s going on, we went over it at training and talked with our agents about how to use it.

Within three days, the positive stories began to roll in of sellers reading it and agreeing to adjust their prices or reading it and apologizing to our agents for not believing them. Within a week we had a handful of properties that had accepted offers after adjusting their prices.

I also had a number of thankful agents with frustrated sellers who used this article as a means to shift the blame off of them for the home not selling. Several of the thank yous were from agents outside of our company who said it was just what they needed to get through to their sellers.

That’s a great example of a big picture blog that explained things about the overall market.  Given the timing, it really helped us with sellers. However, we have many more detailed blogs that we created and released this year. Four of them are below:

1. There’s nothing wrong with that house

Back in late September, one of our managers said, “we need to do a blog explaining that there is nothing wrong with that house.” He said several agents were complaining that they had buyers who struggled all spring with finding a house and being outbid on ones they wanted, but were now finding homes that were on the market a week and didn’t understand why. Many automatically thought something was wrong with the house.

When I heard this, I told the manager we needed to get right on it and I would start typing, but I asked him to do something as well. I remembered how there were several homes for sale last fall that didn’t sell but were relisted in the winter or spring and sold for more. I asked him to find those examples, so we could show them in the blog.

Over the next 24 hours, we pulled together a great blog that explained inventory trends by actually showing numbers and reports straight from our MLS. We also showed about a dozen or so homes that listed last fall and didn’t sell but ended up selling for more by winter.

We explained how fall is clearly a better time to buy than spring. We released “No … There is nothing wrong with that house” on a Thursday after going over the draft at training on Wednesday.

By Friday night, the success stories began rolling in from agents who sent it to buyers and immediately saw a change in their buyers’ attitudes. Several agents said how they had buyers who had given up on buying this year who saw the blog and asked to see homes that weekend.

By Monday night, two agents had contracts accepted for buyers who had given up. By the end of the week there were more.

2. The art of the price adjustment

“The art of the price adjustment” is a popular blog for seller’s agents right now. As homes have been sitting for longer than they were in the warmer months, sellers are beginning to become frustrated that their home isn’t selling.

When this happens, agents must inevitably broach the subject of price adjustments, but many sellers take this personally and feel that their biggest asset is being valued less than what their neighbor sold for a few months prior.

This blog helps explain why price adjustments are essential at certain times of the year when the market swings into the buyer’s favor. It has been a huge tool in our arsenal.

3. Listing during the holidays

Another good one that we released in early November (which we have used over the years) is called “Myth buster homes do sell during the holidays.” As you will see, we broke down the numbers into an easily explainable format so that buyers can see that they only have 1 percent to 2 percent less of a chance of selling in November and December than they do in September and October.

Every year, this blog single-handedly educates dozens of our sellers and convinces most to leave it on so we can sell it which is better for them too. Afterall we would not recommend it unless it was better for them.

4. Listing in the winter and selling for more

Up here in Boston, winter is the best time to list a home due to the lower inventory of homes for sale. The trouble is, sellers don’t really believe this because they assume we are trying to create sales early in the season.

Years back, I figured out a way to utilize MLS stats and statistically show sellers proof that homes listed in the winter sell for more. Each year we update the blog with the prior year’s stats and publish it.

This past year’s was called “How home sellers can beat the competition and sell for more this winter.” It was a very successful article that helped educate and convince many sellers to list sooner, which earned them more money.

There’s no denying that pulling all the data together and writing these blogs takes time, but it sure beats wasting time having the same conversations (which can sometimes turn into arguments) with clients.

The moral of the story is to use the data at your disposal to your advantage and educate your clients on what’s best for them. Also accept the fact that no matter how good of a talker you are, they wont totally listen to you — and you will always need the data to back you up.

By Anthony Lamacchia Broker/Owner Lamacchia Realty and owner of REAL Training and Systems. 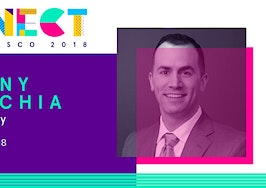 Connect the ICSF Speakers: Anthony Lamacchia on going from Team to Brokerage 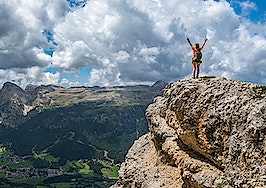 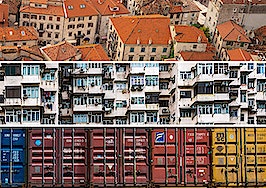 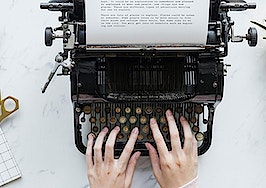 Dear Marketing Mastermind: How to start (or restart) a real estate blog