Rami Al-zayat on Unsplash
by Jay Thompson
Share this article
You successfully shared the article.
Close

To block or not to block, that is the question real estate agents must answer when it comes to their social media. Here’s regular contributor Jay Thompson’s take on the issue.

There is a long-standing debate among social media experts, psychologists and others who study human behavior when it comes to blocking people on social media sites.

Proponents of blocking are in support of a person having complete control over their social stream. That includes adding and removing “friends” as needed, and blocking those who cross the user-defined arbitrary line of no return.

Many opponents of blocking tend to fall into the “freedom of speech” routine while others reference that difference of opinion as healthy. Blocking can lead to misunderstanding and hurt feelings, and the blocker loses the growth opportunity that interacting with people different from us can provide.

Back in my pre-retirement days, I took more than my fair share of abuse online. A lot of it was junior-high level nonsense, most was keyboard warrior type attacks from people who wouldn’t ever talk like that face-to-face. A few were deeply troubling.

All that, and in the six-plus years I worked for Zillow Group, I blocked a grand total of one person — and that was someone whose issues manifested well before I started at Zillow. A small handful were designated as “never engage,” but even they weren’t blocked.

When I worked for Zillow Group, I made the personal choice not to block people, no matter what level they stooped to or how much vitriol they spewed.

You see, a significant part of my job was to participate in the social space, interacting and building relationships, watching for Zillow Group brand mentions and responding to those mentions.

It seemed to me that I needed to hear from everyone. Yes, including those who weren’t very civil, those who angrily disagreed with every breath Zillow (or I) took. After all, you can learn a lot from brand detractors.

Block those folks, and you also block a learning opportunity. After all, I’m a huge fan of listening to how others think.

Block detractors, and you also set yourself up for all sorts of accusations — selective listening, ignoring people and issues, not caring, only supporting brand advocates — you name it; block and you’ll get an earful.

So blocking just wasn’t an option, in my mind. And the “never block” mantra was repeated for over six years.

Turns out, I was wrong

In the three months that I’ve been retired, I’ve learned a lot of things. One of those lessons was that by judiciously blocking people on social media, you can clean up your feed, greatly reduce your stress level and save lots of time and effort along the way.

In short, blocking toxic people can be pretty darn helpful, turning that sometimes dusky Facebook experience into something almost delightful. Or at least more useful than not.

Who not to block

Personally, I still think blocking should be considered a last resort. Blocking everyone who has a different opinion than yours will soon lead to you Facebooking with about three other people who think exactly like you do.

There’s no need to commit social media genocide and purge your feeds of everyone but those whose opinions march lockstep with your own.

Engaging in civil discussion with those of differing views can be educational and enlightening (and sure, a little frustrating. But the key phrase here is, “civil discussion”).

You know that person who always has some caustic remark? One who spends most of their online time complaining about anything and everything? The arrogant know-it-all consistently thumping his or her chest and strutting around like their digestive by-products don’t stink?

Negativity is toxic. So is idiocy.

At any given moment in time, there’s enough toxicity happening all across the world to fill most of every newspaper on the planet. While the world around us may be devolving into idiocracy, it doesn’t have to happen in your social stream.

Who needs that nonsense? Block.

Free speech? No one has the right to come into your personal space and be an ass. It’s got nothing to do with freedom of speech. Block.

Blocking can be cathartic, and a better anxiety reliever than Xanax. With a little pruning of the lunacy, your social experience will improve.

Don’t expect your feeds to be full of nothing but unicorns and rainbows, but there is also no reason for them to be full of negativity, anger and bitterness.

Block if you need to. And don’t feel guilty for doing it. 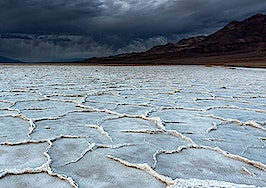 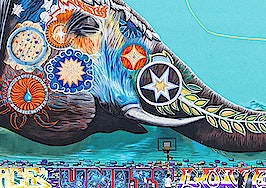 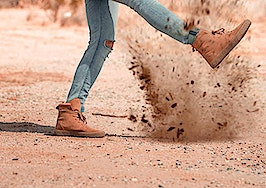 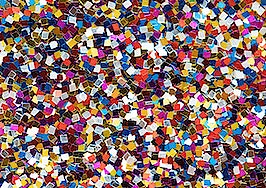