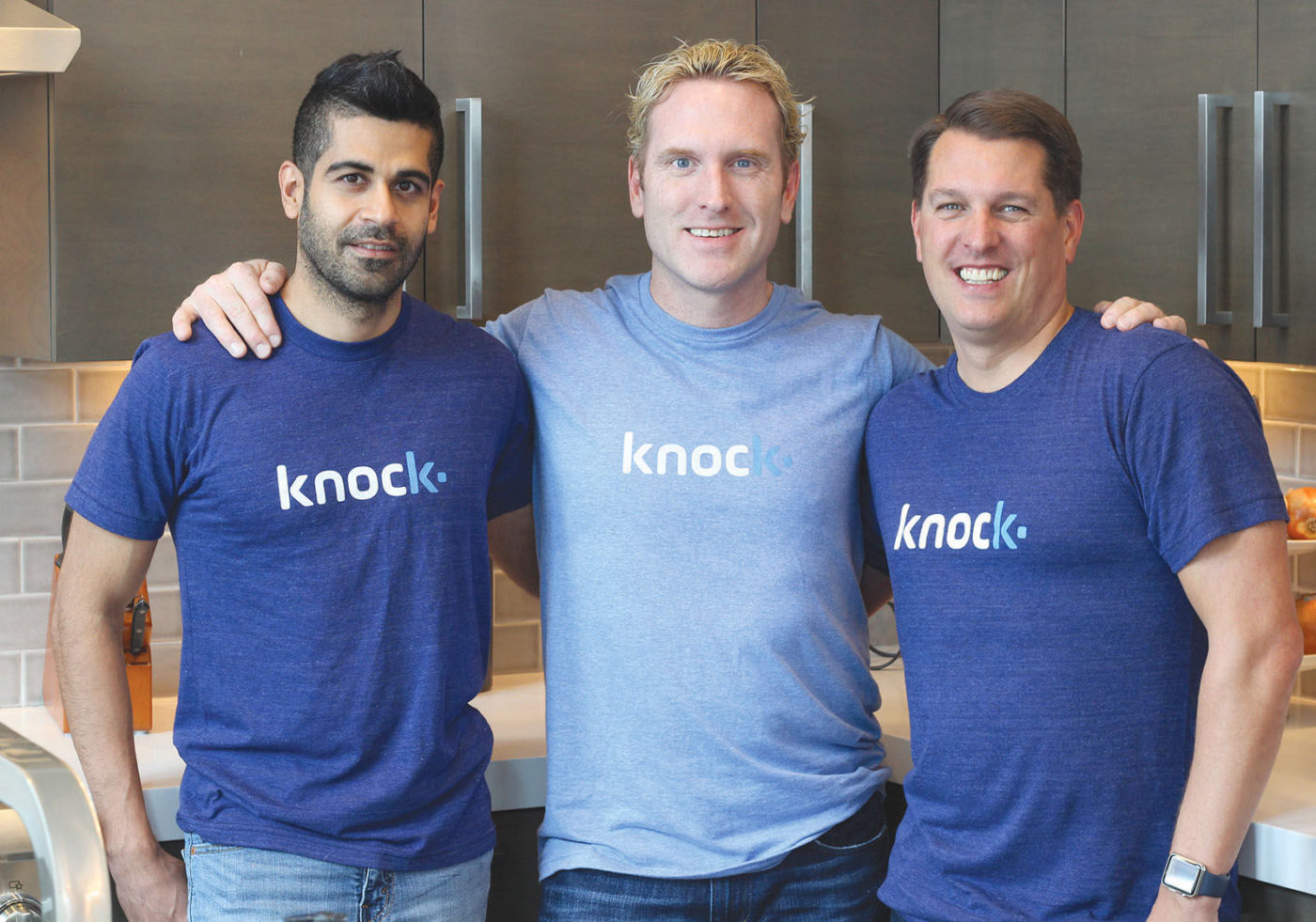 Knock said its new funding comes in the form of both debt and equity. The company did not provide a breakdown of debt verses equity, but Axios, citing a Delaware filing, later reported that the equity tranche was $26 million.

The Foundry Group, a venture capital firm, led the fundraising effort, with a number of existing and new investors participating as well.

In a statement Tuesday, Knock co-founder Sean Black emphasized the company’s trade-in program — in which Knock buys a consumer a new house before listing their old one for sale — and said the new infusion of money will help add scale.

“As we celebrate the success of the Trade-in with this latest round of funding,” Black said in his statement, “we are excited to have found investors and partners in Foundry Group, which has successfully helped other marketplace companies like Rover and Havenly scale platforms that transform traditional industries for a better, technology-powered consumer experience.”

Black told Inman Tuesday that 90 percent of the company’s customers are using the trade-in program. He also said he sees numerous inefficiencies in the real estate industry, which he believes Knock’s current and future programs will be able to streamline.

“I want the process of buying and selling your home to be a lot like Uber,” he added.

In addition to scaling up the trade-in program, Black said the new funding will be used to expand the number of cities Knock serves. The company expects to launch in Phoenix in February, and plans expansions into four additional markets later this year.

Knock will also use the new funding to roughly double its staffing, going from 100 employees now to 200 later this year. A significant number of those new employees will be focused on building Knock’s technology.

“We’re constantly trying to provide visibility on the technology side,” Black said of Knock’s goals.

As part of the new investment in Knock, Foundry Group partner Seth Levine will join the iBuyer’s board of directors. In a statement Tuesday, Levine described Knock as “an unstoppable combination that we believe will transform the outdated real estate industry.”

Knock was founded in 2015 by Black and Jamie Glenn, both also co-founders of Trulia, and Karan Sakhuja. Consumers using the company’s trade-in program pay a traditional 6 percent commission to the company. Homeowners also have to pay closing costs and other expenses such as appraisals.

Knock also made headlines last year for a program that will buy consumers a new home even if they don’t already have one to sell. In a statement Tuesday, Glenn described Knock as “bringing a level of transparency to real estate that will enable a more certain, convenient and cost-effective experience for home buyers and sellers.”

The company currently operates in Atlanta, several cities in North Carolina, and Dallas and Fort Worth in Texas.

Though it has a smaller footprint than bigger iBuyers such as Opendoor and Offerpad — which collectively have raised many hundreds of millions of dollars — this latest infusion of funding shows that there is significant appetite among investors for companies that can streamline the home buying and selling process.

This post was updated after publication with new information about the debt and equity breakdown of Knock’s new funding.

RE/MAX, Keller Williams and a cash buyer among top ranked franchises of 2019

Homesnap's Mazur: It's time for agents to go all in

RE/MAX CEO: 'If we sit and we watch, we’re not taking action'
Back to top
Inmanpot