Compass caught one of the top agents in its home market of New York City this week when it recruited Michael Graves, who will bring $326.5 million in active listings from Douglas Elliman.

Compass caught an industry rising star this week, recruiting Michael Graves, one of the top agents in its home market of New York City. Graves, who comes from Douglas Elliman, currently represents active listings totaling $326.5 million, of which $129.5 million are currently under contract.

“Compass is an intelligent, tech-savvy company with an innovative platform and culture that mirrors my own approach and will help service my clients on the highest level,” Graves said in a statement. “I want to thank Howard Lorber and everyone at Douglas Elliman for their support and friendship. The last five years have been extraordinary. Elliman will always hold a very special place in my heart.”

Graves focuses on luxury new development and resale in one of the country’s priciest markets of Manhattan. In his career, he has been ranked 7th nationwide by average transaction price and cracked the top-100 of the Real Trends Thousand by sales volume.

The 39-year-old Graves was a top-producing agent at Compass’ New York City rival Douglas Elliman and prior to joining Elliman, he was an agent at CORE Real Estate. The Minnesota native also worked at his family’s luxury hotel development company, Graves Hospitality.

“In getting to know Michael over the past year, I’ve particularly enjoyed his passion, positivity and entrepreneurial spirit,” Compass CEO Robert Reffkin said in a statement. “It’s clear why he has the reputation he has with his clients and within the agent community. I am incredibly excited for Michael to join the Compass family and to build the future of our industry together.”

Compass’ meteoric growth to more than 8,000 agents over the past year, due in part to its significant investment from venture capital firms, has skyrocketed the company to becoming the largest indie brokerage in the country in terms of sales volume, by their own claims.

Transaction and volume numbers for 2018 haven’t yet been published by Real Trends, but their claim of $35 billion in sales volume in 2018 would have catapulted them ahead of Douglas Elliman, 2017’s number three in sales volume at $26 billion.

Compass’ growth hasn’t been without its detractors, however. The firm has reportedly handed out significant signing bonuses and been sued by rivals for its recruiting tactics.

When asked for comment on Graves’ departures, a spokesperson for Douglas Elliman said, “We wish Michael the best of luck in his next venture.” 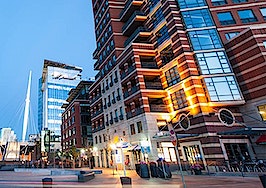 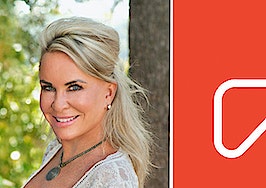 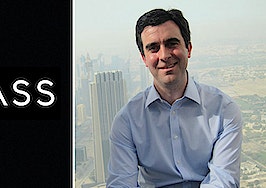