A new CEO has taken the reigns at Trelora, an 8-year-old, tough-talking, flat-fee brokerage that has made headlines in the past for urging consumers to ditch their traditional residential real estate agents.

In an email, Trelora spokesman Joe Stupp told Inman that the company is “very excited about [Miller’s] superb leadership abilities to take us to the next level of revolutionizing the real estate industry with our low flat-fee, proprietary technology and top-rated customer service.”

Trelora was founded by Hunt in Denver back in 2011. In the past, the company has has been known for its disruptive business model and willingness to openly challenge convention.

Today, it continues to operate in Denver, where it charges home sellers a total flat-fee of $3,000 to represent them, and in Seattle, where it charges $4,000 (and recently celebrated its one-year-anniversary of local operations, following a rocky start with a controversial publicity campaign that placed pig signs in local parks).

Both sums are significantly less than traditional 5-6 percent commissions, which are typically split between agents representing buyers and sellers.

Though Trelora announced last fall that it would encourage sellers to pay buyers’ agents a more traditional commission, the company also said it would encourage buyers to ditch their agents altogether and keep the money for themselves.

At the time, Hunt did not mince words about what kind of response he was expecting from real estate insiders.

“Agents are going to shit themselves,” Hunt told Inman in October. “They’re going to be pissed.”

When he resigned in December, Hunt said that he had “always known that, at some point, I may not be the best person to run the company, and the time has come to find a leader who can maximize and unlock Trelora’s true potential.”

Stupp told Inman that Hunt is still working with Trelora in an advisory capacity. Hunt also “retained his seat on our board and continues to avidly share with us his decades of extensive market knowledge and industry understanding,” Stupp added.

Miller, the new CEO, has been at Trelora since August. He previously served as the CFO of Leeds West Group, which owns and manages automotive repair businesses.

Stupp cited Miller’s experience growing Leeds West Group as one of his primary qualifications to lead. He also said that Miller had proven himself while at Trelora.

“Brady has been an outstanding, charismatic, visionary and insightful leader of our company since he first joined us,” Stupp said. 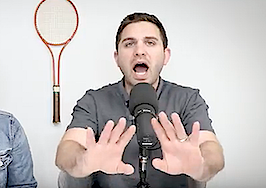 The Real Word: The plight of the flat-fee brokerage

Trelora tells buyers to ditch agents and keep their commissions 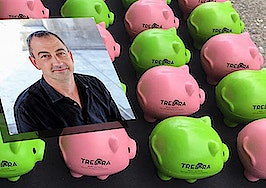