Nearly half of homesellers don’t realize they pay the buyer’s agent commission fee, according to a survey from flat-fee real estate referral service Clever Real Estate.

Nearly half of U.S. homesellers don’t realize they pay the buyer’s agent commission fee from the proceeds of their home sale, according to a survey from flat-fee real estate referral service Clever Real Estate.

Clever surveyed 1,000 homeowners in February that plan to sell in the next 12 months and found many didn’t understand how real estate commissions work. The survey’s results are especially relevant after a class-action antitrust lawsuit was filed last week challenging the sharing of sales commissions between listing brokers and buyer’s brokers — a case that, at one extreme, could be dismissed, and at the other could cause the demise of Realtor associations and multiple listing services (MLSs).

That there’s confusion about who pays commissions is perhaps no surprise. Listing brokers and agents agree to a total commission with sellers, including what share the buyer broker will receive. When the home sells, the listing broker receives the total commission from the proceeds of the sale and shares the agreed-upon part of the commission with the buyer’s broker. Given this arrangement, where buyers are the only ones bringing money to the table, some in the industry say buyers pay buyer’s agents. On the other hand, because buyers don’t pay directly and the commission comes from the proceeds of the sale of the seller’s home, buyer’s agents will often tout that their services are “free” and sellers pay.

Only about a third, 35 percent, know that the typical commission fee is 6 percent of their home’s final sale price. When they find out, nearly two-thirds, 65 percent, think the fees are fair, while 34 percent think they’re costly and unfair.

“The key takeaway is that many homeowners simply don’t understand all of the costs involved in selling a home,” wrote Tommy O’Shaughnessy, a research analyst at Clever Real Estate, in a blog post about the survey.

“Real estate agents should set realistic expectations at the outset in order to avoid nasty surprises and difficult conversations further down the line. This is especially true for first time home sellers, who were 53 percent more likely to believe home buyers pay commissions than experienced home sellers.”

Some critics of the antitrust suit filed last week have suggested that if buyers were expected to pay buyer’s agents directly, that would lead to fewer buyers hiring buyer’s agents, which would increase dual agency. According to Clever’s survey, nearly 4 in 10 homesellers said they would consider working with an agent who was representing both the buyer and seller as a dual agent, though about the same share said they were unsure. Only 22 percent said they would not consider working with a dual agent.

“Home sellers need to understand dual agency,” said Luke Babich, chief strategy officer at Clever Real Estate, in a statement. “With a traditional seller’s agent, the seller has a fiduciary responsibility to look out for the seller’s financial interest. No such obligation exists in dual agency. Dual agents have to serve two masters in a real estate transaction, so one party (and sometimes both parties) stand to lose.”

They survey also inquired about the value of real estate agents amid an ever-changing technology landscape. A report from the National Association of Realtors, released last week, found that competition from “nontraditional market participants” such as Zillow and artificial intelligence (AI) was the biggest fear among residential real estate brokers. In Clever’s survey, about half of homesellers said they would consider using an AI platform to find the most qualified buyers in their area.

Among respondents, 54 percent said they planned to use a real estate agent to sell their home, 15 percent were planning to go the for-sale-by-owner route and 32 percent were not sure. But 53 percent of respondents overall — and 46 percent of those who said they were planning to sell their homes FSBO — said they would not feel comfortable negotiating with a homebuyer without a real estate agent’s help.

At the same time, 62 percent of respondents overall  — and 46 percent of those planning to FSBO — said they would not feel comfortable finding and filling out the necessary transaction paperwork without an agent.

“All of this suggests that many sellers — FSBO sellers in particular — are largely unaware of how complicated and involved the home-selling process actually is,” O’Shaughnessy wrote.

Millennials in particular were twice as likely to say a real estate agent was unimportant or not important at all to the home selling process, the report said.

“Whether due to inexperience or overconfidence, millennial respondents were 93 percent less likely to use a real estate agent than older generations,” O’Shaughnessy wrote.

“This impulse to forgo a realtor’s assistance might be due to millennials’ general lack of home-selling experience: 61 percent of millennial respondents indicated that they were first-time home sellers,” O’Shaughnessy wrote.

Homesellers overall prized knowledgeability and negotiation skills in an agent more than being well-connected and available. The biggest share (27 percent) considered preparing a home for sale the most challenging part of selling a home — which may partially explain the rise of iBuyers. That concern was followed by attracting buyers (20 percent), pricing the home correctly (18 percent), finding a good real estate agent (13.5 percent), negotiating with buyers (10.7 percent), and handling all of the paperwork (9.7 percent), the report said.

Editor’s note: This story has been updated to explain where buyer broker commissions come from. 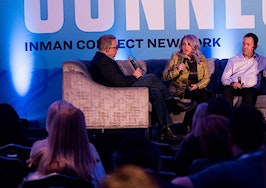 WATCH: Justifying your commission through your value proposition 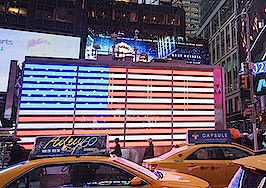 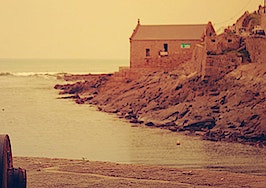