Rawpixel on Unsplash
by Patrick Kearns
Share this article
You successfully shared the article.
Close

In both lawsuits, SmarterAgent claims the companies use SmarterAgents’ patented system of location-based search through associating user-input data with a user’s geographic position in real time. The patent also covers the process of providing location-specific information about shops and restaurants through its apps.

Specifically, the lawsuit against HomeAway — a vacation rental company owned by Expedia — takes issue with the company’s “Hospitality by Glad to Have You,” app saying it infringes upon that patent by providing location-specific information within the app, by recognizing a user’s location, according to the suit. The lawsuit was first reported by The Real Deal.

The lawsuit against Real Estate Webmasters — a real estate marketing, lead generation and customer relationship management platform — includes allegations of infringement on a number of similar patents related to geographic search, all of which are owned by SmarterAgent.

“It’s this kind of behavior that stifles innovation and gives some technology companies a bad reputation,” Morgan Carey, CEO of Real Estate Webmasters told Inman in a statement. “We plan to fight this and win, just like Zillow and other companies have done before us”

In both cases, SmarterAgent is seeking a court order to stop the parties from infringing on the patents, as well as monetary relief and legal fees. Both lawsuits were filed in U.S. District Court for the Western District of Texas Waco Division.

Aggressive defense of a patent isn’t new territory for SmarterAgent, which has, in the past, sued a number of companies, including Zillow, Trulia, realtor.com operator Move Inc., ZipRealty, and owner and operator of MyNewPlace.com Multifamily Technology Solutions, for infringing on patents which allow users to access real estate information via a mobile device.

In some cases, a settlement was agreed where the individuals agreed to license the patents from SmarterAgent, but court records did not have available documentation for all settlements.

HomeAway has also faced a number of lawsuits related to copyright, trademark or patent infringement.

A spokesperson for Keller Williams told Inman the company does not comment on pending litigation.

A representative for HomeAway did not immediately return a request for comment. 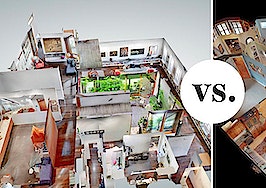 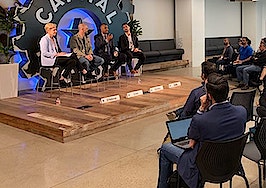