Courtesy of YouTube/Vogue.
by Veronika Bondarenko
Share this article
You successfully shared the article.
Close

A week after a fleeting view of Kim Kardashian’s minimalist, basin-less bathroom sink lit up the internet, prompting social media users to theorize how the sleekly designed household fixture worked, the reality star and entrepreneur on Wednesday finally revealed the mystery behind its mechanics.

In a video produced by Vogue last week as part of the magazine’s “73 Questions” series, Kardashian and hubby Kanye West give a tour of their mansion in Los Angeles’ Hidden Hills neighborhood. As a camera followed Kardashian from room to room while she answered questions, viewers got a seconds-long glimpse of the sink and its flat stone surface.

The logistics of these sinks left many on the internet befuddled. Many were interested to know how a flat surface with no visible basin or drain could hold water.

Others speculated on how the sink could work — with some offering that the surface was concave, allowing water to run into a nearly imperceptible drain while others suggested that the marble had the ability to absorb water or that black lines near the front of the taps lift up to become drains.

They're called sink covers. The 2 dark spots are where you put ur fingers to lift them off

Following a flood of attention, Kardashian posted a series of Instagram Stories explaining the mysterious design.

As it turned out, the concave theory was the closest to the truth. The surface stands on a small slope that draws water downward and into discreet slits. As with any sink, the water can be adjusted for high or low pressure but the marble surface allows water to fall without any splashing.

The sink, it turns out, was custom-made by celebrity interior designer Axel Vervoordt and architect Claudio Silvestrin. Vervoordt’s minimalist style is celebrated at architecture schools and commissioned by celebrities and affluent homeowners. Silvestrin, meanwhile, has customized several of West’s homes nationwide.

“Eight versions of this prototype sink were made,” Kardashian says, demystifying the questions. “And it does actually kind of slope down.”

But while it’s not magic, it likely comes with a celebrities-only price tag — and leaves most of us doomed to continue washing our hands the old-fashioned way.

“This type of sink works in modern design schemes but isn’t something that a homeowner simply purchases ‘off the shelf’,” Zillow Digs’ design expert Kerrie Kelly told Inman. “Its custom design and the cost associated with it makes it distinctive for this space.” 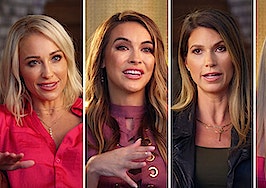 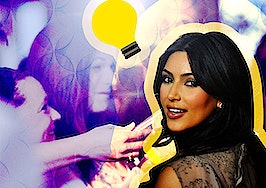 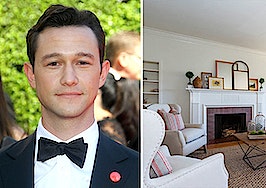 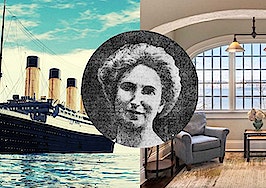 The home of a Titanic survivor has hit the market for $1.8M