Mercedes Mehling on Unsplash
by Patrick Kearns
You successfully shared the article.
Close

Just in time for Pride Month, the annual June celebration of LGBTQ rights in the U.S., three major real estate brokerages — Compass, eXp Realty and Redfin — all confirmed to Inman this week for the first time that they support the Equality Act.

Just in time for Pride Month 2019, the annual June celebration of LGBTQ rights and advocacy in the U.S., three major real estate brokerages — Compass, eXp Realty and Redfin — all confirmed to Inman this week for the first time that they support the Equality Act, a proposed update to the U.S. Civil Rights Act that would make it illegal for anyone in the country providing various services, including employment, housing and related services, to discriminate against people based on sexual orientation or gender identity.

Further, all three companies told Inman they are taking steps to join the advocacy group the Human Rights Commission’s wider business coalition supporting the legislation, which includes numerous other real estate firms and businesses across industries.

“We support the Equality Act as part of our commitment to fulfill our mission – to help everyone find their place in the world,” a spokesperson for Compass told Inman.

“Redfin fully supports the Equality Act and are now in the process of joining the business coalition,” a spokesperson for the company told Inman.

The Equality Act would add non-discrimination protections for LGBTQIA-identifying individuals into the nation’s civil rights laws, which include the Fair Housing Act.

It passed in the Democrat-led House of Representatives in May but is unlikely to pass in the Republican-controlled Senate. President Donald Trump has already voiced opposition to the legislation as currently written.

The Fair Housing Act, passed into law in 1968 and now a bedrock of the real estate industry, makes it illegal to discriminate based on race, color, religion, sex, familial status or national origin in the renting or selling of housing and related services. It does not, however, specifically mention sexual orientation or gender identity as protected categories.

In the absence of a uniform specific federal law banning discrimination against such persons in housing and other services, 20 states in the U.S. have passed their own laws banning housing discrimination based on sexual orientation and/or gender identity.

Realogy, RE/MAX, Zillow and HSF Affiliates have all previously announced their support of the legislation, adding the three most recent companies to a growing list. The National Association of Realtors (NAR), the largest industry trade group in the nation with around 1.3 million registered members, has also recently expressed support for the Equality Act after being urged on by the industry advocacy group the National Association of Gay and Lesbian Real Estate Professionals (NAGLREP). 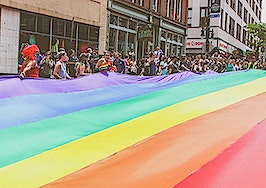 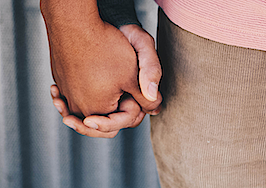 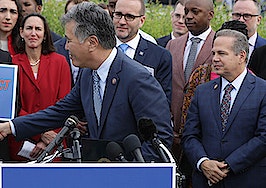