The real estate tech startup is bolstering its executive team by bringing on Chris Heller and Karen Starns, Inman has learned.

Real estate tech startup OJO Labs is bringing in a few industry heavy hitters to bolster its executive team. The Austin-based company announced Friday that Chris Heller, formerly the CEO of both Keller Williams and mellohome, is joining as chief real estate officer and Karen Starns, a former Amazon and Pearson exec, is joining as chief marketing officer. 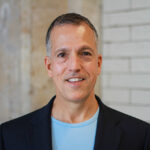 For Heller, the move to OJO Labs is a homecoming of sorts. He served as the CEO of the Austin-based Keller Williams from 2015 to 2017. After he departed, he joined LoanDepot’s mellohome as CEO, where we worked from February 2018 until the present.

Heller had been splitting his time between his home in Austin and in Southern California where mellohome is based. Now, he’ll be spending a lot more time at his home in Texas.

Heller told Inman that one of the biggest considerations for him when joining a new company is the team with whom he’ll be working.

“One of the things that I’ve learned through the companies that I’ve served at, the leaders that I’ve served under, it takes a world-class team to really have a chance at hitting the goals and succeeding at the level everyone wants to,” Heller said. “I’ve watched [Berkowitz] assemble a team that is world class.”

For Heller, it’s also important to do something that he views as massively impactful.

“Ojo has a real opportunity to really impact consumers and consumers expectation and deliver on where consumer behavior is and where it’s going,” Heller said. “A lot of companies may say that they’re doing that but I don’t think they have a clear vision and an executable type plan to do that.”

The move also had less to do with mellohome — Heller praised the company and the growth he helped spur — and more with joining Ojo Labs, a company he’s had a relationship with since his Keller Williams days and one in which he was an early investor, after he left Keller Williams.

“Obviously as a consumer-facing company we’ve been obsessed with that since day one, but I think that the thing that is more unique about us is that we don’t believe you need to disservice the industry professional in the process of obsessing over the consumer,” Berkowitz said. “We think they are key to serving the consumer.” 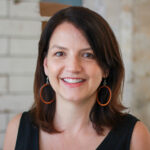 “Obviously [her experience is] extremely relevant to OJO, given Alexa is the most successful AI assistant out there currently,” Berkowitz said.

OJO is a virtual assistant that engages buyers and sellers through natural conversations using mobile messaging. It’s the home process search re-imagined, in a one-on-one conversation with a machine that uses that AI technology to provide the consumer with listing information, home discovery, neighborhood selection, budget or financing guidance.

Once consumers are ready, OJO connects them with an agent to guide them through the process.

OJO Labs has raised $71 million to date, after completing a $45 million Series C funding round earlier this year, and counts industry giant Realogy among its investors. With that funding, OJO Labs has been focused on technology, both in improving the consumer product and doubling down on training agents for a higher success rate.

For consumers, OJO Labs is focused on “making the machine smarter, faster, easier to use for consumers and continuously investing in the data that the product has,” Berkowitz said.

OJO Labs is powered by multiple listing service data, which was bolstered in 2018 by the acquisition of WolfNet Technologies, a longtime IDX website builder for brokers and agents.

The second part of the company’s tech roadmap is asking itself, “how do we make it easier for agents to interact and serve our consumers,” Berkowitz said, with a focus on making the technology better and faster.

“The technology basically decides when it’s the right time to engage an agent,” Berkowitz added. “When the right time is there, we hit a network of approved agents who are training on the technology. We connect them. We live transfer them. Then there’s technology provided to them so they can work alongside Ojo.” 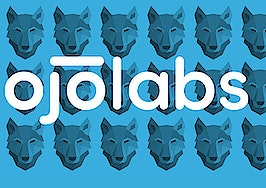 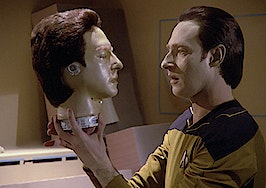 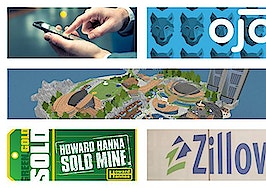