AJ Canaria of PlanOmatic
by Inman
Share this article
You successfully shared the article.
Close

“An industry that used to manage the consumer will be managed by the consumer — and that’s good,” Brad Inman said during an Inman Connect interview with Warburg Realty’s Clelia Peters.

“An industry that used to manage the consumer will be managed by the consumer — and that’s good,” Inman said. “It will be easier to see a house, understand its condition, easier to make an offer, and easier to close. And in the end, professional real estate professionals will finally get the respect you deserve… You may not be the captain of the boat any more, but no one will get on and off the boat without your help.”

Inman’s impassioned manifesto kicked off the general session at ICLV and came as part of a wide-ranging interview with Warburg Realty’s Clelia Peters, who quizzed Inman on his toughest interviews and the history of Inman News itself.

But it was Inman’s trademark critiques of his own pitfalls in buying and selling real estate that most captivated the crowd, along with his promise that the industry is closer than some think to finally figuring it all out.

“In our world — it’s not a little world, it’s trillion dollars of business — it’s a moment in time like when the Mac was introduced and put the personal computer in our laps and on our desks. Or when the smartphone was introduced and we started carrying robots in our pockets. Face it, gang: let’s collectively agree that the process of selling a home is shitty,” Inman said, drawing laughter by noting that his wife might have to swap her art for Ikea furniture in hypothetical home staging hell.

“No one is to blame, but the way it’s done needs to change.”

Continued Inman, “My loud-mouth criticism? That’s how consumers are becoming. Take appraisals. During sub-prime, it was a rubber-stamp. Now it’s at the other extreme. Talk about an industry and process that’s arcane! I went through a refi with my bank — I wanted to scream… They treated me like I had a gun in my bag at homeland security. That’s the closed bureaucratic system we live with and those are the walls we need to tear down.”

Then, citing the ongoing lawsuit against the industry regarding commissions, Inman observed, “It’s not about who wins. The first tobacco lawsuits, they won them all, but it brought transparency and sunshine. And that’s what’s going to happen here. We can be caught naked and stupid, or we can take a leadership role. What they just did at Northwest MLS, that’s leadership,” he said, referencing this week’s announced move to allow the public display of agent commissions.

Despite his preaching of the embrace of technology, Inman started the interview by flipping an hourglass to count down the time left in the interview — proof, Inman joked, that sometimes the old ways are the best ways.

Early in the interview, with sand at a decided surplus in the hourglass, Peters quizzed Inman on his toughest interviews: Barry Diller and Barbara Corcoran, for personal reasons you had to be there to understand, and last year’s throw-down with Keller-Williams’ Gary Keller at Inman Connect San Francisco.

“Really, he owned the stage with me,” Inman said of his Keller interview. “I was humbled. In the audience, there were people who were happy someone finally took me on. But forget that. [Keller] articulated a bifurcation in the industry — he drew a line on a whiteboard, Zillow and Redfin on this side, against us on the other. That is where we were a year ago: divided, unclear about where the future is headed. I believe that phase is over. People are coming together at last about clarity of the future of real estate.”

Concluded Inman, who, fittingly, wore a vintage 1970s Fantasia-themed shirt throughout the interview, “Our view is, the industry held back from changing. At Inman, we did two things: we pushed the industry to do more, and we said let’s bring Silicon Valley to the industry. The establishment didn’t want to change, but from a journalistic point of view and here on stage, we try to hold them accountable. They get paid a lot of money and, at the end of the day, if I’ve pissed them off, I wear that as a badge of honor.” 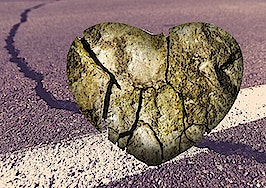 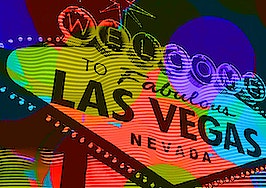 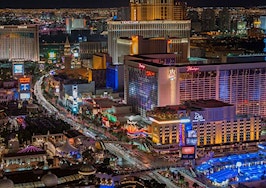 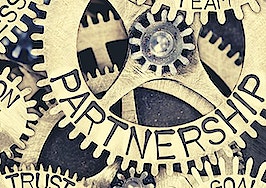