The co-founder of Keller Williams took to the stage of Inman Connect San Francisco to warn that Redfin, Opendoor and others would ditch agents if they could.

Keller Williams co-founder Gary Keller visited the Inman Connect San Francisco stage this morning to discuss with Inman founder and publisher Brad Inman how the real estate franchisor is pivoting to turn itself into a technology company.

But the tone of the conversation — intense, conflict-ridden, sometimes awkward, sometimes funny — is what really stole the show.

Keller began by describing the progression of technology over time and listing a slew of real estate tech companies that he labeled “agent-enabled tech,” including Redfin, Zillow, Trulia, Opendoor and Offerpad.

“Pretty much all the people that Inman News worships,” Keller said, prompting laughter from a packed ballroom of attendees.

“I love Brad,” Keller threw in.

These companies would all run their business without agents if they could, Keller said.

“If [Redfin CEO] Glenn Kelman could run Redfin without agents, he’d do it in a heartbeat. If he tells you otherwise, he’s lying,” Keller said.

He added that the reason he and Inman sometimes clash is because Inman treats such companies as disrupters when “they want to reduce the agent’s income by 30 percent or more.”

“If they deliver volume of transactions …” Inman began, but Keller interrupted, noting he had written a book on lead generation.

Inman replied, “How many think Gary’s book is as relevant today as it was when he wrote it?”

Inman asked that the question be asked of the audience via Slido. Keller responded that the audience should have to include their own income in their answer, eliciting laughter from attendees.

“My audience has a higher income than your community, Gary because they paid a lot to come here,” Inman said, prompting uncomfortable “oohs” from the audience.

“We’re going to be friends when this is all over,” Inman added.

“Oh, of course. I like your shoes,” Keller quipped, making the audience chuckle.

Inman noted that Keller Williams will sell technology to its agents.

Inman asked Keller, who had been standing for much of the discussion while writing on a whiteboard, to sit down. 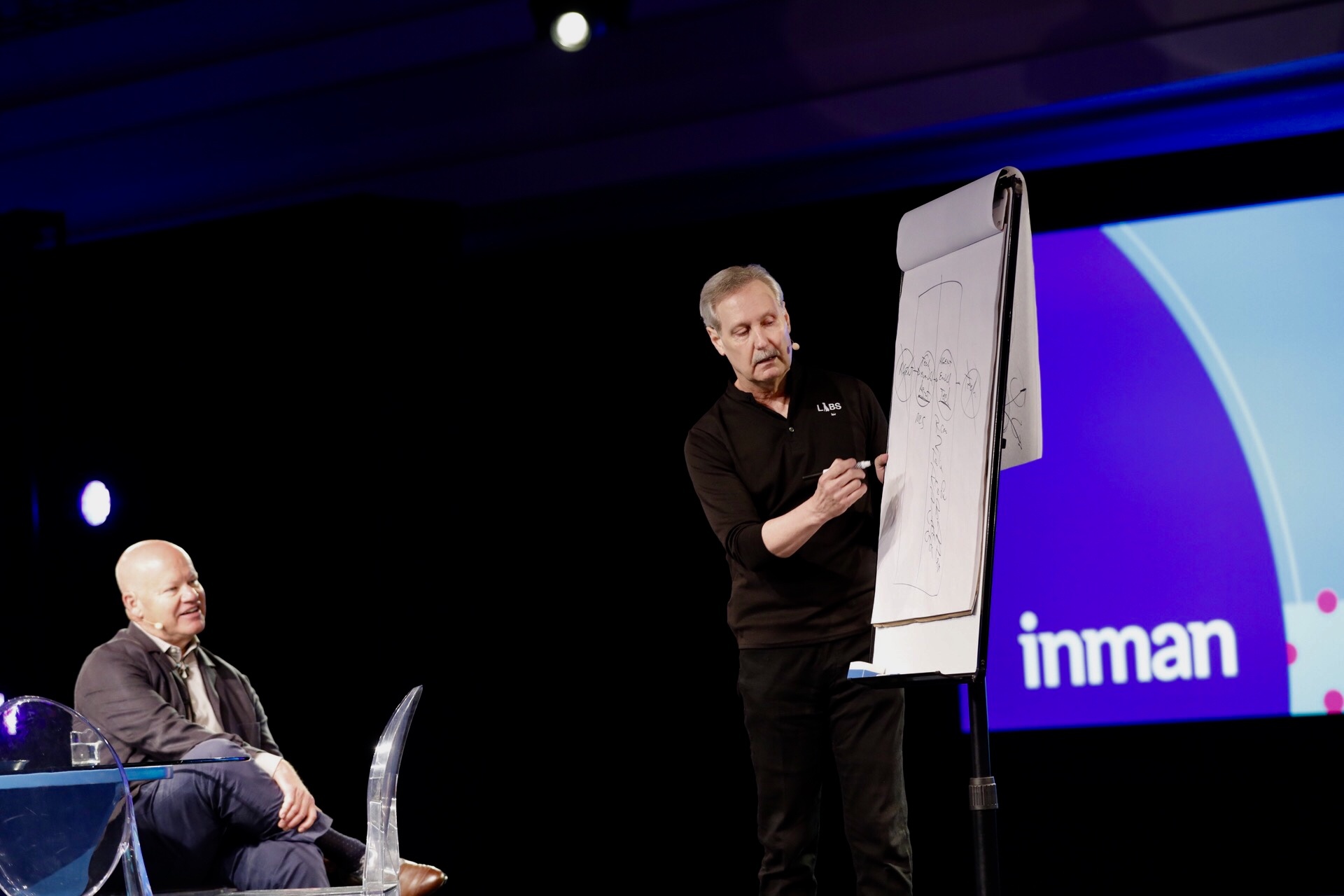 “Last thing, you’re getting an education, it’s good for ya,” Keller said.

Inman again asked Keller to sit down, “as a gentleman.” Again, Keller declined.

The franchisor founder pointed out that it would take any company two to three years to build a real estate-specific cloud service, especially if they don’t own a great deal of real estate data already.

“The problem with that timeframe is [the growth of big data and artificial intelligence] is happening right now. If you don’t already have it, you’re in second place,” Keller said.

Inman took an audience question from Slido for Keller: Will you own my data as a KW agent?

Keller said the franchisor would, with the agent. He asked: Who do you want to own your data, if not a company working for you?

“No. 1 you have to own your software. No. 2 you have to build an end-to-end consumer experience,” he said.

Right now, “voyeurism and search is the only thing that’s actually out there for the consumer. We don’t have an online transaction yet,” he added. Inman agreed.

“That’s the battle. The battle is not over search. That’s going to be a commodity,” Keller said.

Inman asked, “Does eXp scare you? Does anyone scare you?”

“By the way, [eXp Realty founder] Glenn [Sanford] speaks so highly of you,” Inman said.

“Love it, great. Good for him,” Keller deadpanned. “I don’t care.” Keller later said that former Keller Williams agents now at eXp had received $1 million in profit sharing from KW last year and that the brokerage should give the money back.

Inman asked Keller whether the role of the real estate industry leader had changed in the last 30 years.

Keller noted that the industry itself had changed. Now technology is “an absolute imperative for our industry.” That means that KW had to shift its focus from training and coaching.

“That used to be 100 percent of the conversation. We woke up about three years ago [and said], ‘That’s no longer what will protect our people,'” Keller said.

You’re not going to stop doing the training, just giving it to agents in a different way by emphasizing technology like artificial intelligence, right? Inman asked.

Toward the end of their discussion, Inman mentioned remarks Keller had made at Keller Williams Family Reunion in February.

“You called me a lot of things …. I was in Australia, I didn’t hear it,” Inman said.

“I got pissed because you put my name in a headline and didn’t ask my opinion,” Keller said.

“That’s because we get a lot of readers when we put your name in,” Inman replied, inducing chuckles from attendees.

In the end, though, the conversation ended on a cordial note. Inman complimented Keller on the community he had built and noted that there was overlap between KW and Inman fans.

“I think we’ve all learned that building community in real estate is really powerful. We don’t agree on everything, but I congratulate you on that,” Inman said. The audience applauded. 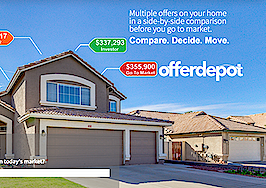 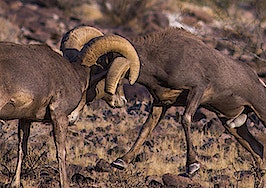 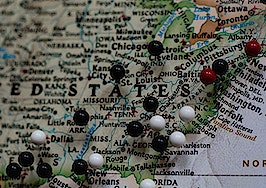 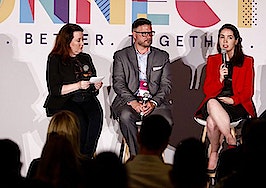