In an era of tech disruption, Red Oak Realty is acquiring fellow indie brokerage Marvin Gardens Real Estate to compete with Compass and other well-funded rivals.

In a deal that epitomizes the efforts of independent brokerages to survive in a world of big-monied competitors, the Bay Area’s Red Oak Realty is poised to become the largest indie firm in its area thanks to the acquisition of rival Marvin Gardens Real Estate.

The acquisition will see 60 Marvin Gardens agents join Red Oak, which will make the latter firm the largest brokerage in the California communities of Berkeley, Albany, El Cerrito, Richmond and Kensington by transaction sides, according to a company statement. The acquisition will ultimately grow Red Oak’s overall size by 50 percent and see it operating out of six offices.

The financial details of the acquisition were not publicly disclosed.

However, Red Oak’s statement added that “the company will continue to exclusively focus on the East Bay and grow an independent, locally owned brokerage that is focused on providing outstanding professional service to the local community.” 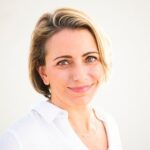 “Ultimately, Marvin Gardens is changing its name, not its philosophy,” Bergmark added in a statement. “The company has built something that the agents and staff can be proud of, and it is important to preserve that success.”

Henon added in the statement that joining the two companies “was truly a decision from the heart.”

Though Red Oak operates within a relatively limited geographic area, the acquisition captures an ongoing trend that has far-reaching implications. In a conversation with Inman, Bergmark pointed out that recent years have seen the explosion of disruptive, venture capital-backed companies like Compass, various iBuyers and others. This is especially true on Bergmark’s home turf in the Bay Area, where Compass has major market share and where many of the most cutting edge technologies originate.

However, Bergmark argued that “the jury is still out” regarding some of these technology-focused approaches to real estate, and added that the Marvin Gardens acquisition consequently represents something different entirely.

“We’re doubling down on the philosophy that people and human resources do matter,” she explained.

In other words, Red Oak’s acquisition of Marvin Gardens represents something of a counter-strategy for a world dominated by mega-companies. Bergmark also noted that a key part of that strategy was “going deeper into what we know” rather than expanding geographically, and added that she hopes her company’s experience will be inspirational to other indie brokerages that might be getting squeezed on multiple fronts.

“We just put our stakes a little bit deeper into what we already served,” she said.

Whatever ends up happening, the indie-verses-corporate story may prove to be a major chapter in the history of this period in real estate. It was less than a year ago, for example, that Compass acquired major California indie Pacific Union, and the former company has continued snatching up other brokerages ever since.

Meanwhile, even bigger disrupters like Opendoor continue their march across the U.S., including this morning when the iBuyer announced it was pushing into the Mountain West and St. Louis.

Indie brokerages have adopted a number of strategies to cope with these trends, acquisitions being chief among them. For instance, in February Realty Austin announced that it would acquire Reilly Realtors, creating a single firm with more than 600 agents. Less than two weeks later, Seven Gables Real Estate revealed that it had merged with Star Real Estate, both Southern California brokerages.

For its part, Red Oak has not ignored the growing emphasis on technology that bigger companies — some of which are backed by Japanese fund Softbank — represent. Just four months ago for example, the company unveiled a new platform and website redesign.

But Bergmark also ultimately rejected the idea that technology itself is going to solve the problems of real estate.

“By making this move,” Bergmark concluded, referring to the acquisition, ” I am challenging that philosophy.” 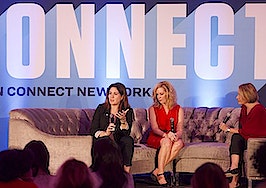 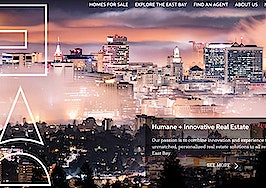 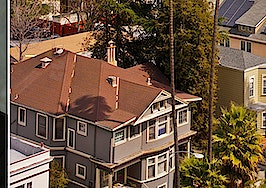 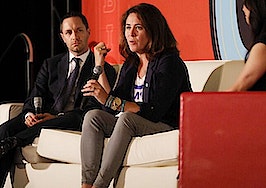