In the second quarter of 2019, Keller Williams added nearly 3,000 agents in the U.S. and Canada – with the majority coming in the U.S. – to bring the company’s North American agent count back up to 160,282 associates.

After a purge of “ghost agents,” still on market center rolls, the company saw quarter-to-quarter decreases in the fourth quarter of 2018 and first quarter of 2019, ultimately slashing approximately 13,000 agent names off the rolls.

At the year’s halfway point, those agents are accounting for more than 10 percent of the country’s total transaction sides, according to earnings released by Keller Williams on Tuesday.

“Our agents continue to capture market share and outperform the industry despite a shifting market,” Keller Williams CEO Gary Keller said in a statement. “In fact, 10.4 percent of our industry’s total sides belong to Keller Williams agents. What sets our associates apart is their unique ability to recognize and act on opportunity.”

As a privately-owned company, Keller Williams is able to selectively release its quarterly earnings, so there’s no clear insight on the company’s total profitably or revenue for the quarter. Keller did say, however, that 94 percent of the company’s market centers in the United States and Canada are profitable.

“The ultimate measure of our success is the health of our people’s businesses,” Keller said. “And, we’re proud that 94 percent of our market centers across the U.S. and Canada are profitable. That’s a direct result of our unwavering commitment to the agent-led Labs process which delivers technology that grows their businesses.”

Much of the quarter was headlined by the company’s investment in the development of its tech platform. Keller Williams released its proprietary customer relationship management tool Command in the first quarter of 2019 and the platform has 60,089 active users as of June 30, a quarter-to-quarter increase of 44.7 percent. In the second quarter alone, agents added 7.8 million client contacts into Command, bringing the year-to-date total to 25 million contacts in the system.

Kelle, the company’s proprietary artificial intelligence-powered, voice-activated personal assistant, has 79,247 active users as of June 30, 2019 and in the second quarter alone, 35,951 live referrals were sent through Kelle.

“We wake every day asking, ‘How can we empower agents to deliver a better consumer experience?’ In Q2 ’19, we made huge strides on this journey and released on average 50 to 75 agent-directed, iterative updates to Command a week,” Josh Team, president of Keller Williams, said in a statement. “What agents and agent teams love is that we’re adding this value at no additional charge.”

“Because we’re innovating in partnership with our agents, we’re seeing massive growth in the daily active use of Command and Kelle, which is driving production results,” Team added. “We’re giving agents exactly what they told us they need.”

Keller Williams agents closed 535,953 transactions in the first half of 2019, which was roughly the same as last year over the same period. Total sales volume increased by a slight 0.5 percent to $163.9 billion. Those numbers come amid the backdrop of an uneven housing market, which saw existing homes sales decrease 4.2 percent year-over-year over the same period and the sales volume associated with those home sales drop 1.4 percent, according to the National Association of Realtors.

Ruben Gonzalez, the chief economist of Keller Williams, is forecasting continued home sale declines and price increases throughout the rest of the year.

“We forecast a decline of 3.5 percent for existing home sales to end 2019 and for prices to end the year up 3 percent,” Gonzalez said. “Recent market turmoil and policy changes likely represent a downside risk to our forecast as they persist.”

Internationally, Keller Williams’ agent count increased 20.9 percent year-over-year to 8,075 agents, in the first half of 2019. The company also expanded to Morocco in the second quarter. 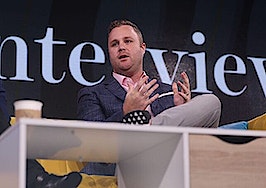 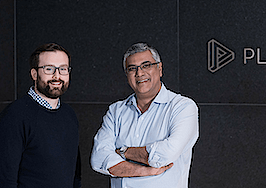