The 2019 Remodeling Impact Report, which included responses from more than 5,000 consumers, Realtors and remodeling experts, revealed that 74 percent of homeowners “have a greater desire” to stay in their homes after a remodeling project. Another 65 percent said they experienced “increased enjoyment” and 77 percent felt “a major sense of accomplishment.”

“Realtors and homeowners alike recognize the value of taking on a major home remodeling project,” NAR President John Smaby said in a press release. “While these tasks can be time consuming and costly, the projects are well worth the temporary inconveniences, as this report shows, and the final products ultimately reward us, with feelings of accomplishment, satisfaction and higher homes values.”

Of the five types of home renovations studied, kitchen renovations had the highest “Joy Score,” a scaled measurement of how much joy a finished project brought to the homeowner. A score of 10 was the highest, while a score of one was the lowest.

Homeowners consistently gave kitchen renovations a score of 10, with 93 percent of homeowners saying a newly-renovated kitchen gave them “a greater desire” to be at home. Improving functionality and livability was the top reason for a renovation (46 percent), followed by the need to replace old surfaces and finishes (24 percent), and the desire to customize the kitchen to their needs after recently moving in (20 percent).

“Kitchens serve as the ‘heart of the home’ for many, and whether you like to entertain or cook, updating a kitchen ensures greater access and use as homeowners age, especially when the upgrades take accessibility into account,” NARI 2019-2020 President of the Board Robert Kirsic said. “No matter the size of the kitchen, a certified professional can guide the design and build process in a way that will yield joy and happiness for the homeowner.”

Closet renovations also had a Joy Score of 10, with 56 percent of homeowners saying a new closet increased the function and livability of their home, primarily due to improved organization and storage (54 percent).

Sixty-eight percent of homeowners reported feeling a major sense of accomplishment after the project was done, and 72 percent said they experienced a greater desire to be at home.

The third most popular project was a full interior paint job with a Joy Score of 9.8. A whopping 88 percent of homeowners described having a greater desire to be at home after a fresh coat of paint, speaking to how important color is in a home.

New front doors and windows rounded out the list with scores of 9.7 and 9.6, respectively. Both projects increased homeowners’ desire to be at home, and windows in particular helped solve energy consumption concerns (47 percent).

While projects like repainting interior walls and reorganizing closets bring the most joy, NARI Remodelers said they don’t necessarily yield the highest return on investment. If a sizable ROI is a homeowners’ highest concern, then new roofing and flooring is the way to go.

“The NAR report shows us that people often remodel for resale purposes, but it also reminds us that homeowners remodel, too, with the desire to make a home their own,” said NAR chief economist Lawrence Yun. 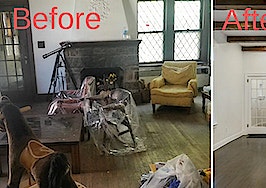 See the 'Ugliest House of the Year' and its glorious renovation

Most homebuyers are willing to shell out big-time for renovations 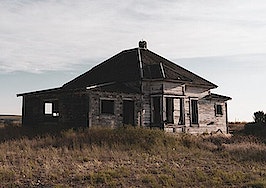 Renovate or teardown? What to know