Just months after moving into an $8.5 million mansion in Beverly Hills, Justin Bieber may already have plans to sell the colossal property — that is, if you believe a series of middle-of-the-night Instagram photos he posted Friday morning.

In the wee hours of Friday morning, the 25-year-old pop star posted more than a dozen photos of his 6,100-square-foot villa to his 120 million Instagram followers. He and model Hailey Baldwin had purchased the mansion, which they nicknamed “The Tropics,” for $8.5 million back in March, a few months after getting married in a much-publicized ceremony.

Listed then by Hilton & Hyland, the original ask was for $8.99 million.

“I think I wanna sell my home in Beverly Hills who wants it,” Bieber wrote under a photo of a living room and a kitchen.

I think I wanna sell my home in Beverly Hills who wants it.

In the late-night posting binge, Bieber then uploaded more than a dozen photos of the property, which is decorated in the pop star’s notoriously over-the-top style. Shots include a staircase lined with banana-leaf-print wallpaper, a wine cellar, skateboard decks, and a den with a hanging chair and a giant photo of the newlyweds.

“Home vibes, but I wanna sell it I think anyone interested?” Bieber wrote under a photo of his feet overlooking a staircase and an entertainment room.

Home vibes, but I wanna sell it I think anyone interested?

“I’ll sell it with all the furniture,” Bieber wrote under another photo. “MAKE AN OFFER.”

I’ll sell it with all the furniture . MAKE AN OFFER

But Bieber’s unexpected home-selling spree did not go over as well as the pop singer may have expected. Followers immediately started responding with wry comments — many suggested $1, $2 and $5 and one user wrote that “this is what happens when Hailey [Baldwin] isn’t home.”

At least one Instagram user suggested that Bieber get an agent rather than trying to sell the house on his own on Instagram.

“Get a Realtor my guy,” wrote user angieswift.

Whoever wants to buy my home reach out

In the end, it is not clear whether Bieber was looking for some late-night laughs or is seriously planning to sell the home — but, as the comments indicate, the late-night real estate announcement has generated lots of attention around the property. 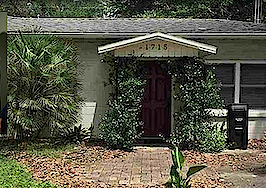 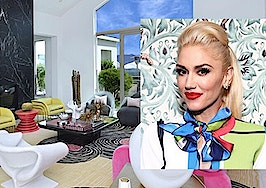 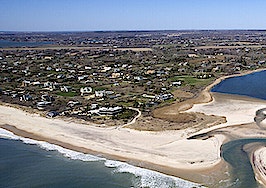 Real estate top dogs get into brawl at Hamptons restaurant