Compass has acquired New York City-based artificial intelligence (AI) and machine learning startup Detectica, it was announced Tuesday. The move to bring in four new tech employees will bolster the AI-team of the well-funded brokerage, an area that’s been a major focus for Compass. 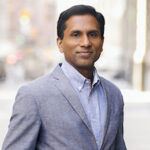 “Compass is building an operating system for the real estate industry and this vast undertaking requires the very best talent in the world,” said Compass Chief Technology Officer Joseph Sirosh. “For over a decade Detectica’s founders have been among the most widely respected minds in AI and machine learning. With this acquisition we deepen our platform while at the same time strengthening our ever-growing team of technologists.”

The concentration on artificial intelligence came into focus recently with the launch of its new consumer-facing tools, which include ‘Recommended For You’ and ‘Similar Homes,’ features, that show relevant listings to buyers on Compass’ website and mobile app.

Detectica’s entire team, comprised of founders Dr. Foster Provost and Dr. Panos Ipeirotis and two other employees, will join Compass under Sirosh, who was the former head of AI at Microsoft.

“We’re energized by the opportunity to join the Compass team and assist in transforming the way the real estate industry does business by increasing agent productivity,” Provost and Ipeirotis said, in a joint statement. “Compass’ proprietary software, scale and talented technical team puts the company in a unique position in the space and we look forward to contributing to the future of the industry.”

Multiple industry sources, including real estate tech advisor and Inman contributor Mike DelPrete, described the move to Inman as more of an acqui-hire of the small tech team that powered Detectica, which had already been working with Compass for the past few months.

“It sounds more like an acquihire than an acquisition,” DelPrete told Inman. “Always good to have more smart engineers on your team, especially when competing with Zillow for talent.”

“But it’s a small deal,” DelPrete added. “They’ll probably get more bang for the buck from the positive PR when it comes to agent recruitment and retention.”

Compass’ tech team has been growing precipitously in the past year and currently sits at about 400 employees, with an estimated 200 more on the way in the company’s new outpost in India. Some of that growth has been fueled by other acquisitions, including the 20-person tech team behind the e-commerce app Spring.

Compass has raised approximately $1.5 billion since its launch in New York City in 2012, in part because of the promise of being a real estate technology company, not simply a brokerage.

Compass has been vocal about being a real estate tech company – and about planning to use some of the capital raised for platform development – and also hasn’t been shy about using acquisitions to bolster its tech team and offerings, a common strategy of growing tech companies.

In the past, CEO Robert Reffkin has said he has no emotional attachment to Compass buying or building technology.

In February, the company acquired Contactually, one of the industry’s leading customer relationship management tools.

In addition to acquiring Contactually, Compass also recently sent out a memo internally informing agents of the benefits of using transaction management platform SkySlope, which includes a digital signing platform built into the Compass system.

Compass did not acquire SkySlope, nor do the two sides have any formal partnership, but a Compass source told Inman that some of the brokerages it acquired had legacy contracts. SkySlope was the preferred transaction management platform, according to a survey of Compass agents, the source said.

The source also told Inman that Compass does have plans to build a transaction management tool in the future, but the tech team is currently focused on other areas.

Both CRM and transaction management tools are currently at the heart of the agent-facing platforms being built by Keller Williams and RE/MAX. But both brokerages have also used acquisitions to build their technology.

Keller Williams acquired Smarter Agent to fuel the development of its consumer-facing website and app and RE/MAX acquired booj to build the heart of its technology platform. 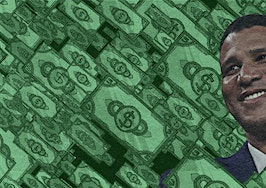 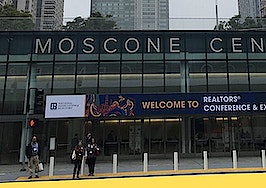