Trulia
by Patrick Kearns
Share this article
You successfully shared the article.
Close

The Zillow-owned search portal is facing a lawsuit from a broker over its advertising business.

Trulia, an online search portal owned by Zillow Group, is being sued over its Premier Agent program, which allows agents and brokers to advertise buyer’s agent representation on listings.

The lawsuit, filed in U.S. District Court in the Eastern District of New York and first reported by The Real Deal, seeks $5 million in damages from the company, claiming its practices are “unfair and deceptive towards traditional real estate brokers and listing agents and cause consumer confusion, economic harm and deception.”

“Defendant’s actions are [the] equivalent of buying a billboard to advertise the listing of another real estate broker and including a picture of the property and telephone number for prospective buyers to call,” the complaint reads. “Defendant does not request specific consent of the listing agent or firm prior to promoting their property with its Premier Agents.”

“Defendant’s practices make it less likely that a prospective homebuyer is able to successfully contact the listing agent instead of the Premier Agents,” the complaint continues.

The complaint specifically takes aim at Zillow Group’s updates to the Premier Agent display box – which most recently includes a new feature promoting agents as the “Best of Zillow.” In contrast, the complaint says, the listing agent box looks like it hasn’t been updated since 2007.

The lawsuit was filed by lawyer Spencer Sheehan, who has filed 27 lawsuits against ice cream and yogurt companies in 2019 over the synthetic sugar they use, according to The Real Deal. The suit, which is aiming for class-action status, was filed on behalf of Queens resident Andrew Kim and an unnamed broker who represents six agents.

“As a result of Defendant’s conduct, plaintiffs have lost numerous potential customers and will continue to lose customers and money until the illegal and deceptive practice is put to an end,” the complaint reads.

The Premier Agent program in New York has been under scrutiny in recent years, with the Real Estate Board of New York (REBNY) leading the charge. REBNY, in a March 2017 letter to New York Department of State (DOS), claimed that the Premier Agent program has created confusion for many customers. REBNY cites multiple examples of customers accidentally contacting a Premier Agent when they intended to contact the selling agent that listed the property.

In May 2018, DOS confirmed that the state’s online advertising guidelines are currently under review and multiple individuals confirmed to Inman that they have spoken with the state regarding the regulations. In the wake of that review, DOS issued new guidance to crack down on real estate advertising for portals and brokerages, which require that advertisements are marked as such.

Viet Shelton, a spokesperson for Zillow Group, provided Inman with the following statement:

“We are aware of the lawsuit. We believe the claims are without merit and intend to vigorously defend ourselves against the lawsuit.

Our site arms consumers with information that helps them make decisions when finding their next home, and that includes convenient and fast tools to connect with real estate professionals. This is why for-sale listings on Zillow and Trulia show the listing agent – for free – along with his or her contact information, profile, broker information, and a link for a consumer to use to contact the listing agent if they choose.

If a consumer wants to do more research, we provide them with the necessary information for this to happen, whether it be to work with the seller’s agent or contact a buyer’s agent on their own.

What’s more, our sites are a valuable marketing tool for agents listing their clients’ properties for sale because of the 200 million consumers who visit Zillow Group sites every month to buy, sell and look at real estate online, and that’s why the vast majority of brokerages and MLSs across the country want their listings on our sites.” 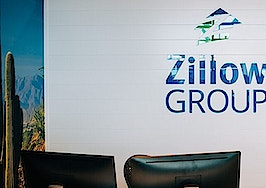 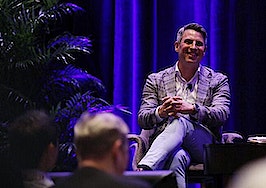