Each week, we talk to agents across the country about what they’ve learned along the way (and what they wish they had known as new agents). This week, Nantucket real estate agent Brent Tartamella shares how he stayed the course in the face of frustrations. 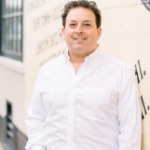 In this weekly column, real estate agents across the nation share stories of the lessons they’ve learned during their time in the industry.

With a background in hospitality, Fisher Real Estate’s Brent Tartamella brings five-star service and the gift of connecting with others to his work as a real estate agent. This Nantucket agent with deep New England roots has found that when it comes to real estate, the best tools you have are a thick skin and a willingness to keep moving forward.

How long have you been in the business, and how did you get started?

After being with a hospitality startup for over 12 years, in 2016 it was time for a change. I loved the entrepreneurship energy and freedom that I had and knew I didn’t want a role I “had to” fit into.

A few friends were starting a new real estate firm here on the island and, considering how successful they were individually and how their approach was going to be different and push the boundaries a little, I knew it was the right team for me. I just knew the program was going to be a wild success.  I dove in with both feet and never looked back!

Where do you see yourself in five years?

I have been in real estate for four years and, as expected, the first two were painful, the last two pretty good.  In five years, I look to be more experienced, settled, and secure as well as having a program developed that contributes to the greater community here in a regular and impactful manner.

Don’t take any of it personally, even when it hurts. Real estate is a profession of numbers. Keep throwing stuff at the wall — the more you throw, the more that will stick.

I had received a call from a broker to show a listing I had.  The appointment was for a week from the day of the call. The buyer showed up but the buyer’s agent never did.  After stalling for close to 30 minutes, I eventually took the buyer in the house; wouldn’t you know they wanted to put an offer in.

After saying three times to the potential buyer, “You need to put this offer in through your agent,” they turned and looked at me, saying, “Obviously, I don’t have a broker as they never showed!”  I came back to my principal broker and we did everything right, had the potential buyer sign all the right disclosures, called the other agent’s office and spoke with the principal broker there. We offered to pay a referral fee and do the deal.

Wouldn’t you know the agent that never showed, never called, texted, or reached out to me or “their” potential buyer stepped in two days later to totally sabotage the transaction.  Deal killed, all because that other agent had egg on their face. I couldn’t get upset, I just had to keep moving forward.

Patience and time are vital. Pick the right firm and broker. Offer to be someone’s assistant. Grind it out each and every day.  Keep the highest integrity. Show up early, leave late, and have your eye on long-term relationship cultivation. 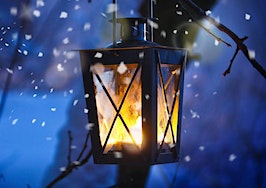 Winter slowing you down? Here’s how to sell faster (and for more) 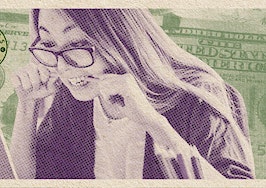 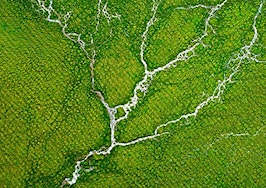 Lesson Learned: Be ready to evolve 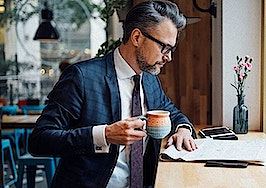 Are you giving clients the best possible advice?