Omaha’s Elite Real Estate Group, the top team based on transaction sides at Berkshire Hathaway HomeServices, is making the move to Keller Williams, it was announced Tuesday.

Team leader Jeff Cohn, along with his team of 35 staff and agents, will join Keller Williams in January 2020.

In a statement, Cohn cited the company’s expansion model and vision for teams as a big reason for the switch. Cohn plans to launch 100 expansion teams over the next five years at Keller Williams.

“Keller Williams is the only environment in the real estate industry that understands commission splits that work with an expansion network,” Cohn said. “Other big brokerages just can’t seem to make expansion work with their model. Keller Williams captures what my vision of a team looks like. It’s the only firm that will allow me to accomplish this strategy.”

Omaha’s Elite Real Estate Group, which closed 617 transactions in 2018, ranked 56th in the country overall – and number one for the franchisor – according to the Real Trends Thousand, a ranking of top teams and agents in the country. The team would have been the 20th ranked Keller Williams team, by transaction sides, in 2018.

Cohn began his career in real estate in 2006 and in addition to growing one of the top teams in the country, he runs a weekly podcast, owns a coaching company and has a Youtube channel. The announcement was made at Keller Williams’ pitch battle event in Las Vegas, which was fitting, as technology development was another big reason Cohn decided to make the switch.

“Advanced technology will play a major role in mitigating the clunky components of a real estate transaction, from the pre-approval and home search, to negotiating and executing contracts, all the way to the closing process,” Cohn said. “And Keller Williams continues to innovate with technology that keeps the agent in the driver’s seat over all aspects of the transaction, all in one place. The consumer, along with all associated businesses, will have access to the same portal.” 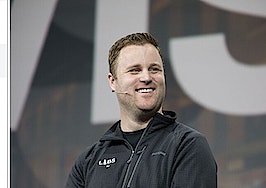 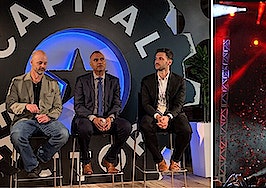 Here are the tech companies Keller Williams has its eye on 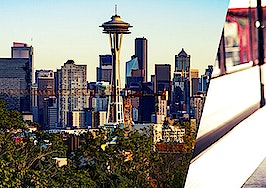