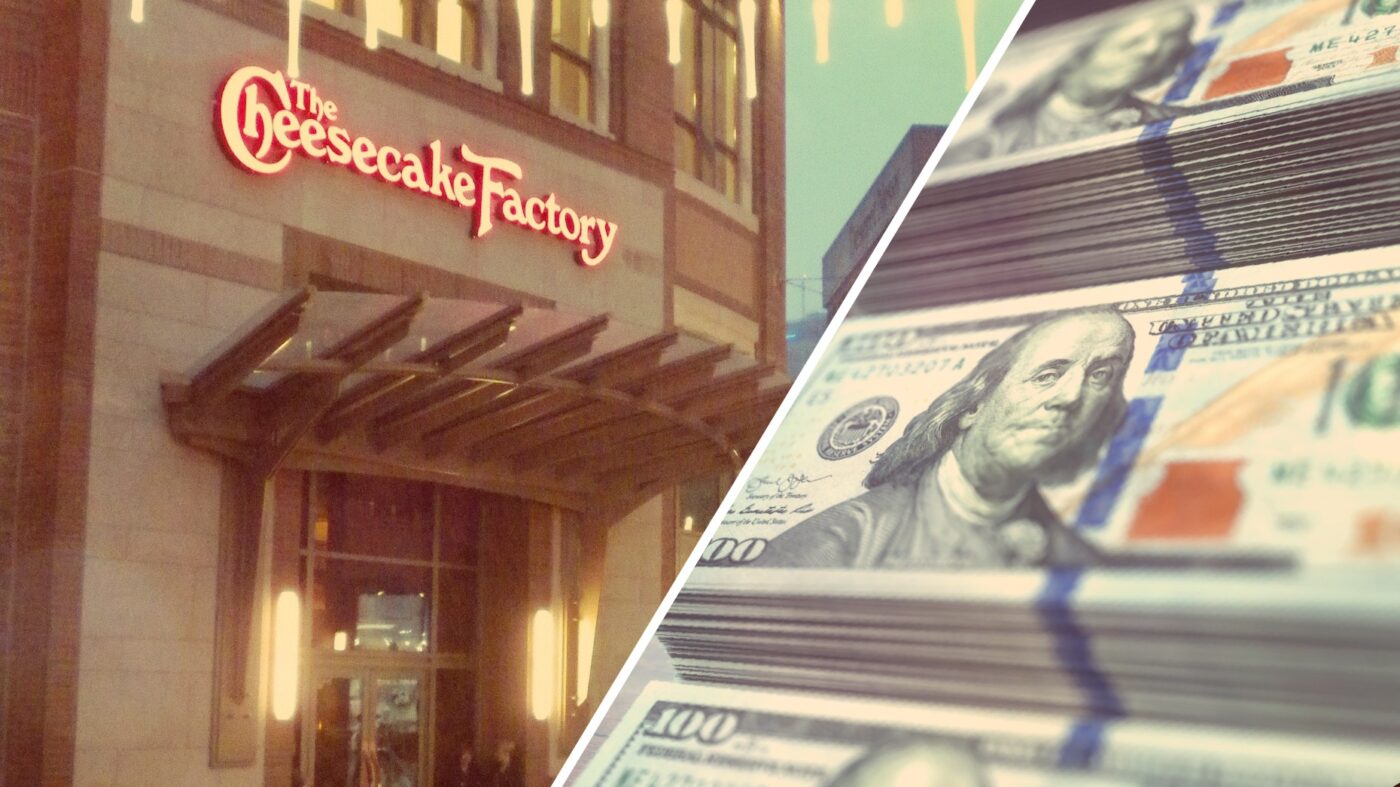 The restaurant chain revealed in a letter to its landlords last week that the “unprecedented and rapidly evolving” pandemic situation has forced store closures and “severely decreased our cash flow and inflicted a tremendous financial blow to our business.” As a result, the company “will not make any of our rent payments for the month of April 2020,” the letter added.

The company operates 294 restaurants in the U.S. and Canada under The Cheesecake Factory banner.

The letter, which is signed by CEO and founder David Overton, asked landlords “for your patience, and frankly, your help.”

The Cheesecake Factory did not immediately respond to Inman’s request for comment, but food publication Eater obtained the letter. The letter also states that affiliated restaurants — which include brands such as North Italia and Flower Child — will also not be paying rent in April.

The announcement that the company won’t be able to pay rent comes as restaurants around the U.S. have been forced to close or convert to take-out operations thanks to social distancing rules. The goal behind the rules is to slow the spread of the virus, though they have also put many people working in the food industry out of work.

Earlier this week high-profile investor Tom Barrack warned of a crisis in commercial real estate as companies are unable to pay their rent. And that crisis has gone hand-in-hand with concerns that residential rentals are on the brink of disaster because millions of renters won’t be able to make their own payments.

Given the widespread economic anxiety, then, it is perhaps no surprise that a multitude of people Wednesday cheekily welcomed The Cheesecake Factory to the proletariat revolution.

the armies of the revolution will be fed with flatbread pizzas and raspberry truffle cheesecakes https://t.co/483v8aHhXa

Some people expressed surprise that the restaurant chain had apparently joined the ranks of Americans struggling with rent.

Who had Cheesecake Factory burning the building down & starting a revolution on their Bingo card for this post-apocalyptic mess of gun we're staring down the barrel of? https://t.co/LdwHtIYquZ

Others connected the dots between the chain and singer Britney Spears’ recent (apparent) calls to redistribute wealth.

Many other saw in The Cheesecake Factory’s actions an example for their own lives.

Reincorporating as a Cheesecake Factory as of April 1st. https://t.co/Iy7Kq97K1n

And still others noted that with The Cheesecake Factory on their side, the coming revolution would at least taste good.

The revolution will indeed be drizzled with caramel and it will be delicious… https://t.co/8NTej9mBlt

While many people offered jokes about the situation, there was also a serious undercurrent, with some observers also noting that if a large corporation is struggling through the pandemic, ordinary Americans have little hope of faring any better.

If they cant save up money how is the average person supposed to? https://t.co/I7v19GdvnL

if Cheescake is like fuck it, what the hell are the rest of to do? https://t.co/diSL42Fd89

Wow!!! It must nice to have the gall to tell your landlord that. Let me call my mortgage company to see if I can away with it🤔☎️ https://t.co/N4p1mzEyhR

According to its website, the company operates 294 restaurants in the U.S. and Canada under The Cheesecake Factory banner. The firm was founded as a bakery in 1972 and today is based in Calabasas, California.

$1,200 stimulus check made little difference for renters, owners
Back to top
Refer friends to Select and get $200 in credit.Register Here×
Connect Now is less than two weeks away. Prices go up May 30.Reserve your seat today.×
Inmanpot