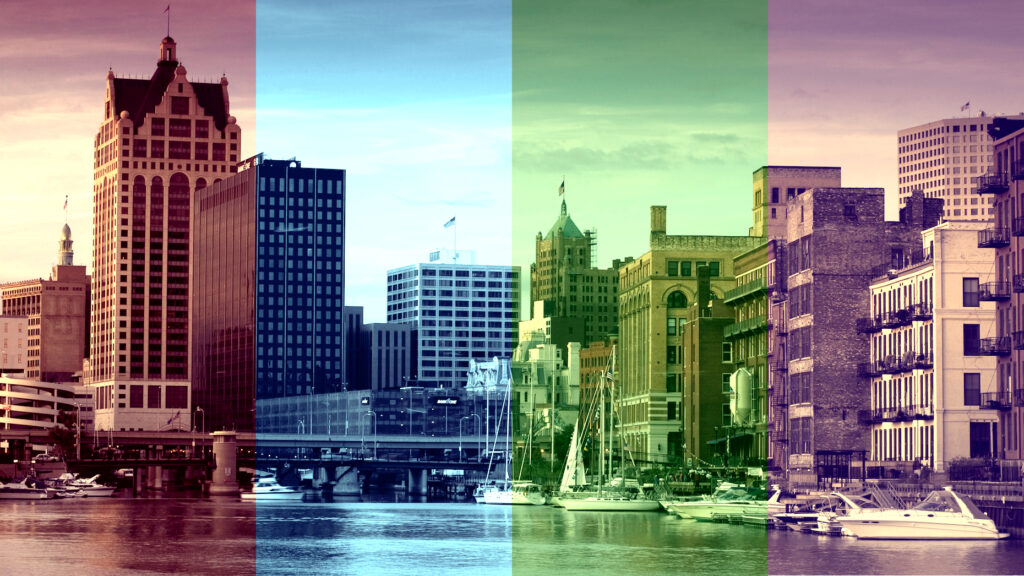 Agents in Wisconsin are seeing a slow down during the pandemic. But they also said that inventory is so low that competition for homes remains fierce.

Wisconsin wasn’t the first state to see cases of coronavirus. It hasn’t been the hardest hit. And as the pandemic stretches on, its cities haven’t see the explosive outbreak rates of other metropolises like New Orleans or Detroit.

But Wisconsin nevertheless became an epicenter for the pandemic’s fallout last week thanks to its chaotic electoral primary. The election was the first of its kind to be held during the crisis, and thanks to last minute legal wrangling it was characterized by long lines, a dearth of polling places, and fears that it could foreshadow more chaos in future elections.

Meanwhile, the pandemic continues to spread, wreaking havoc across society — including in the real estate industry. The situation is far from finished, but here’s where things stood for Wisconsin as the week began: 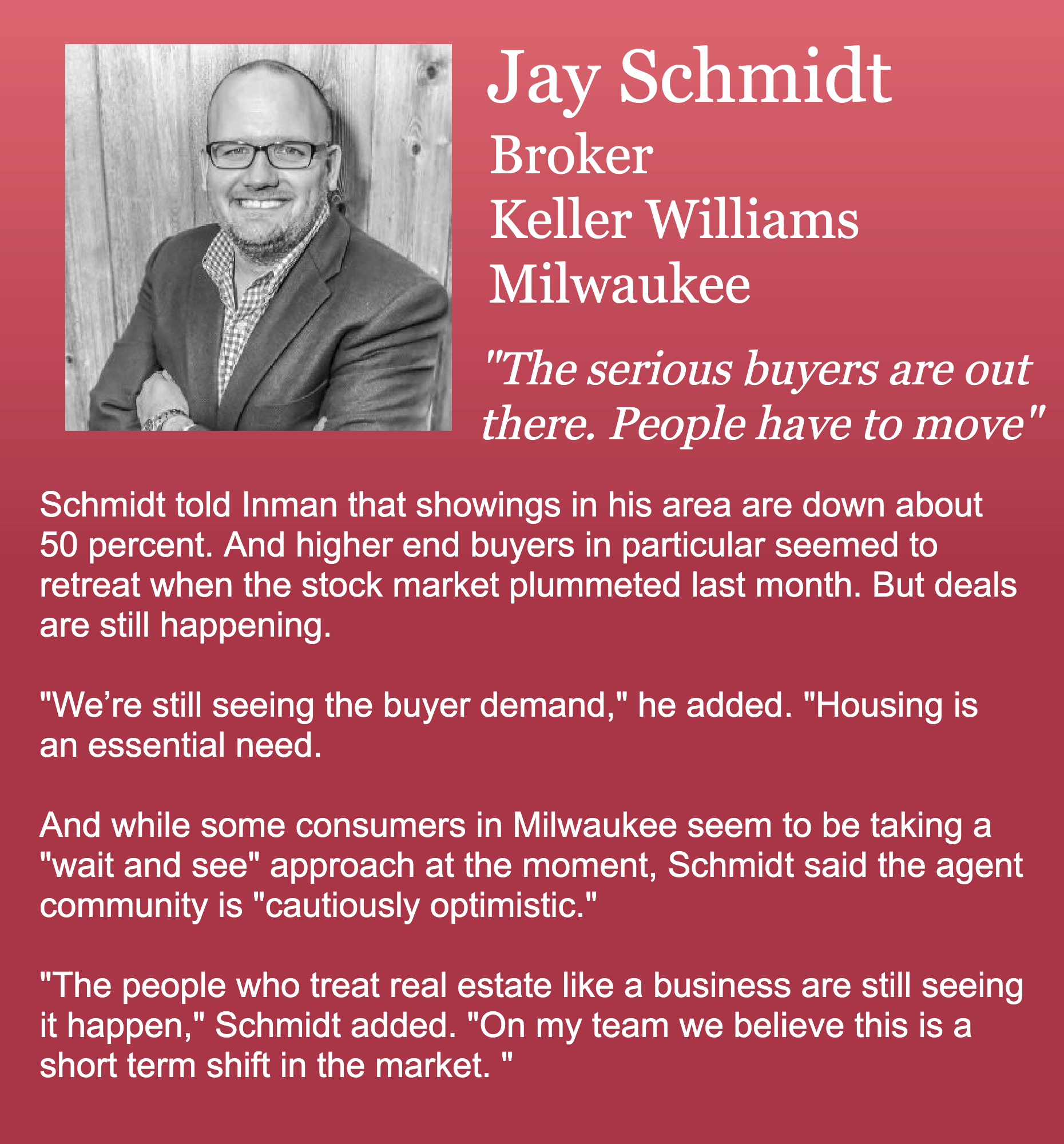 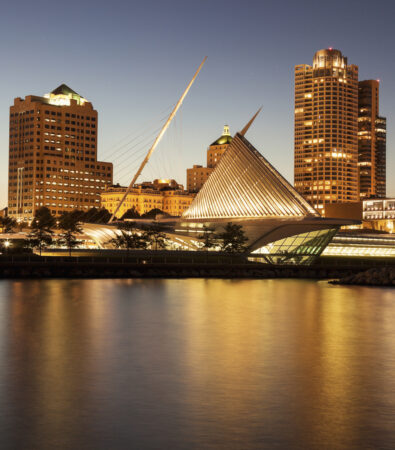 Milwaukee County is anchored by its namesake city, which with just under 600,000 people is the largest in the state.  The broader county is home to just under a million people.

According to data from Metro MLS, Milwaukee County homes had a median sales price of $183,000 in March, up 11.6 percent year-over-year.

The county had 966 new listings in March, which is a 9 percent year-over-year drop.

There were 752 closed sales in March, which is a year-over-year increase of 5.3 percent.

Listings in the county spent an average of 40 days on the market, which was unchanged from one year ago.

The median sales price for a home in Milwaukee proper last month was $157,000, according to Metro MLS data. That’s up 18 percent year-over-year. 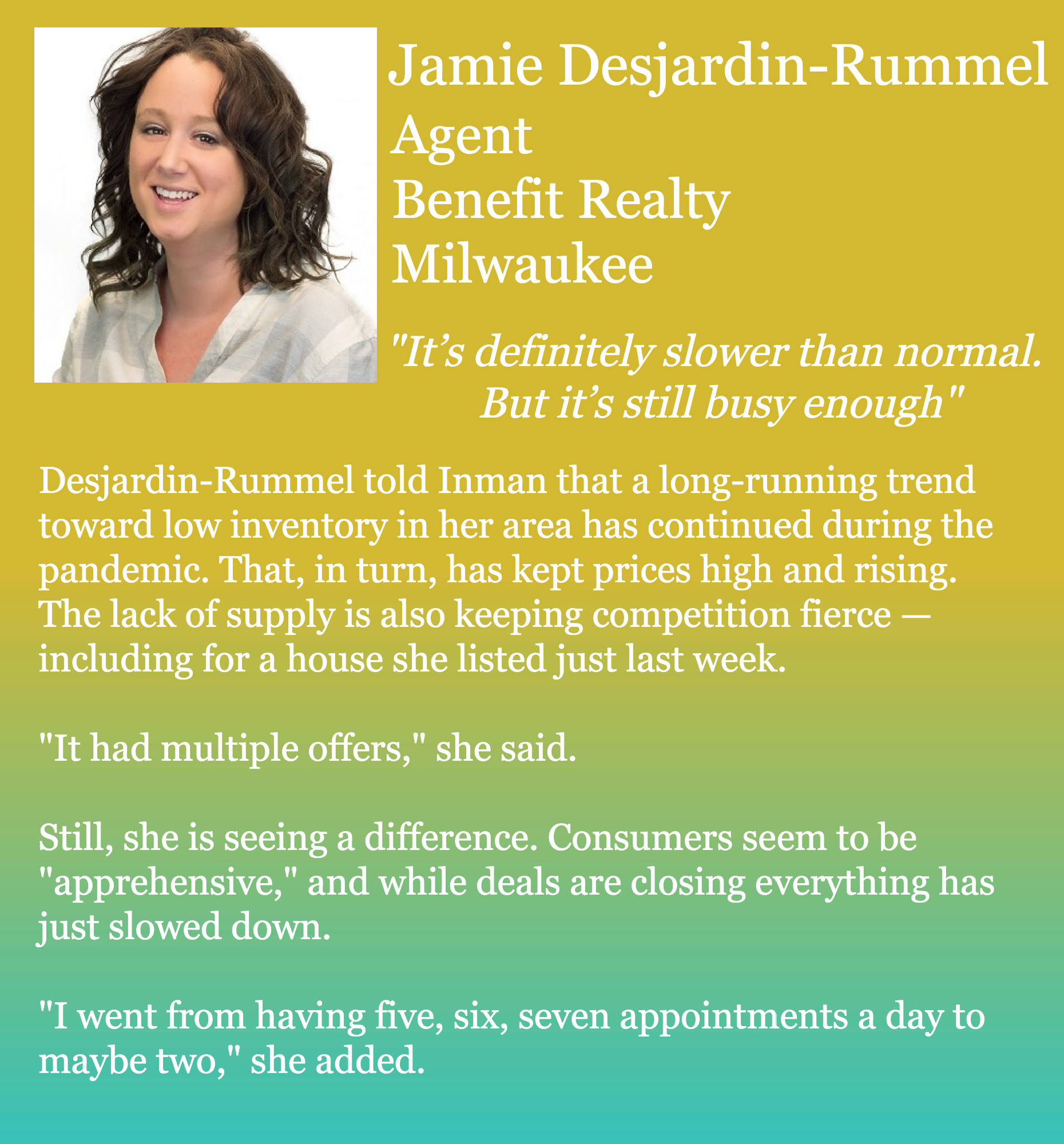 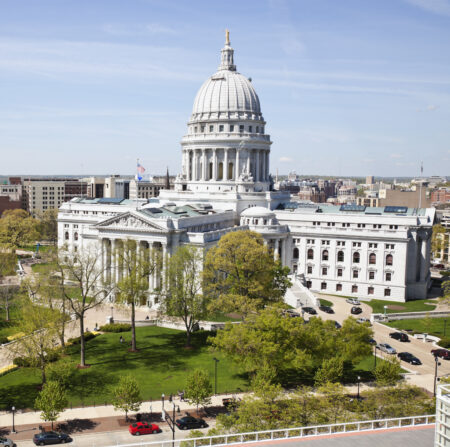 Dane County’s median home price in March was $300,000, according to the WRA. That’s up 0.8 percent since February and 6.1 percent year-over-year.

The county also had 605 closed sales in March, up about 5.8 percent year-over-year.

According to data that Zillow provided to Inman, in March homes in Madison proper had a median price of $278,700, which is up 1 percent compared to February.

Also in Madison proper, total active inventory rose 15 percent between March 1 and April 5, according to Zillow’s data. However, new listings were down 17 percent year-over-year during that period. 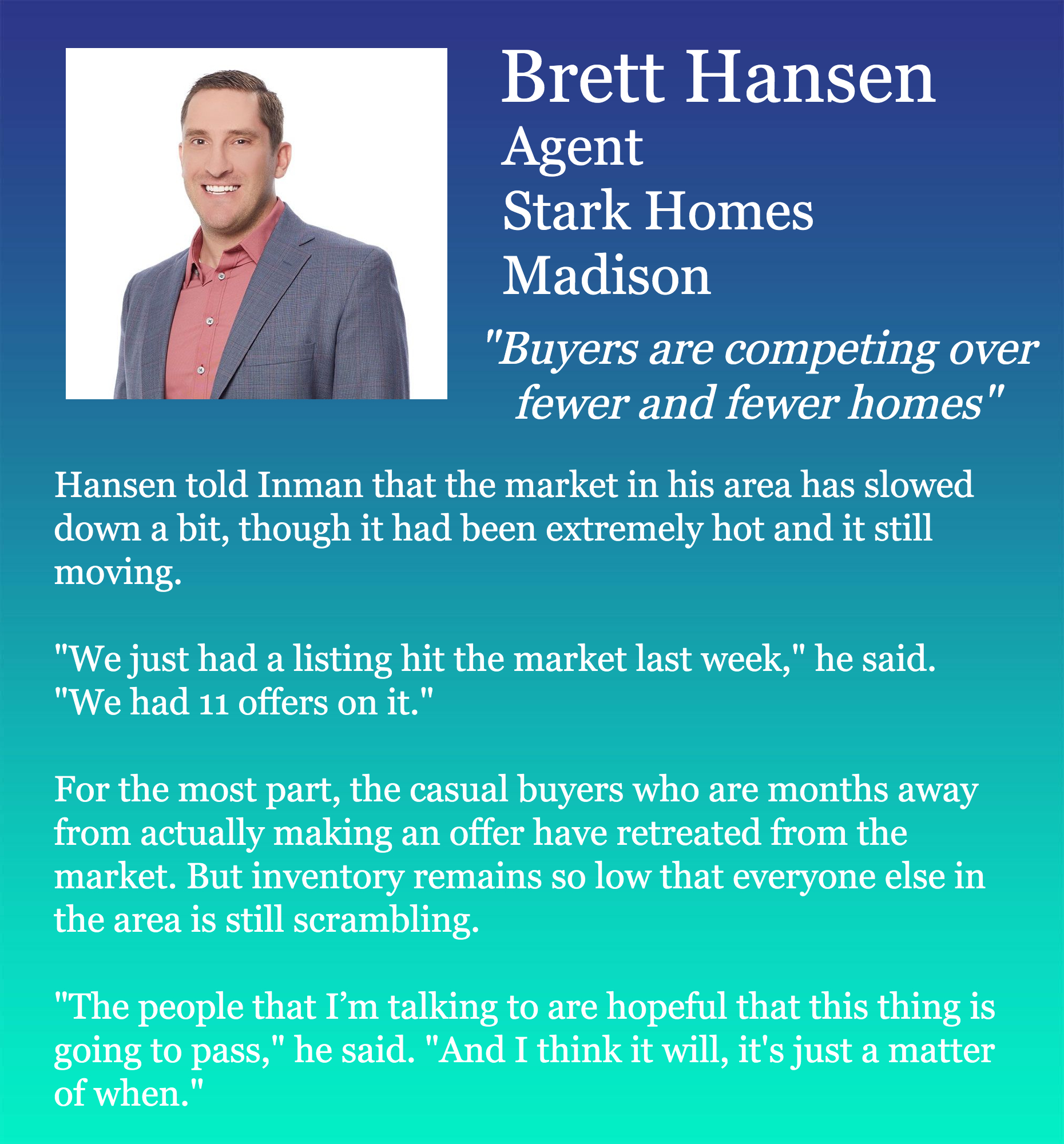 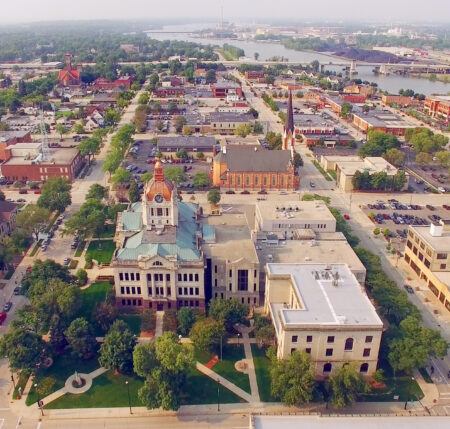 Brown County is best known for Green Bay, home of the NFL’s Packers. Green Bay’s population is just over 100,000 people, while the county population is roughly a quarter of a million.

According to the WRA, Brown County had a median sales price of $215,000 in March. That’s up 11.3 percent since February and nearly 23 percent year-over-year.

There were 229 sales in Brown County in March. That represents a decrease of 7 percent year-over-year.

According to Zillow, the median sales price in Green Bay proper during March was $186,000 — an increase of 4 percent compared to February. New listings were down 24 percent year-over-year at the beginning of April, Zillow’s data also shows. Total inventory increased 13 percent between March 1 and April 5, according to the data. 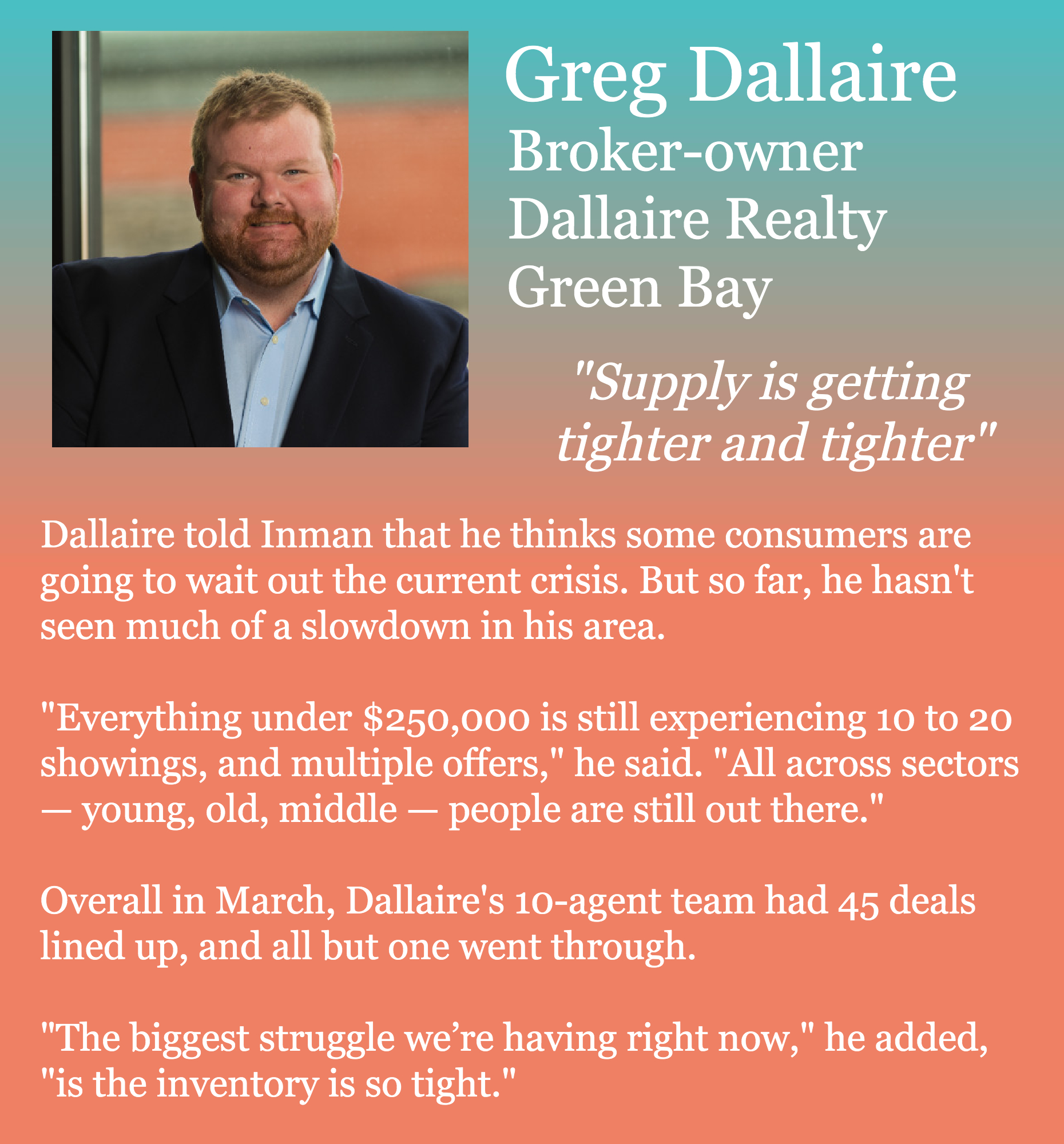