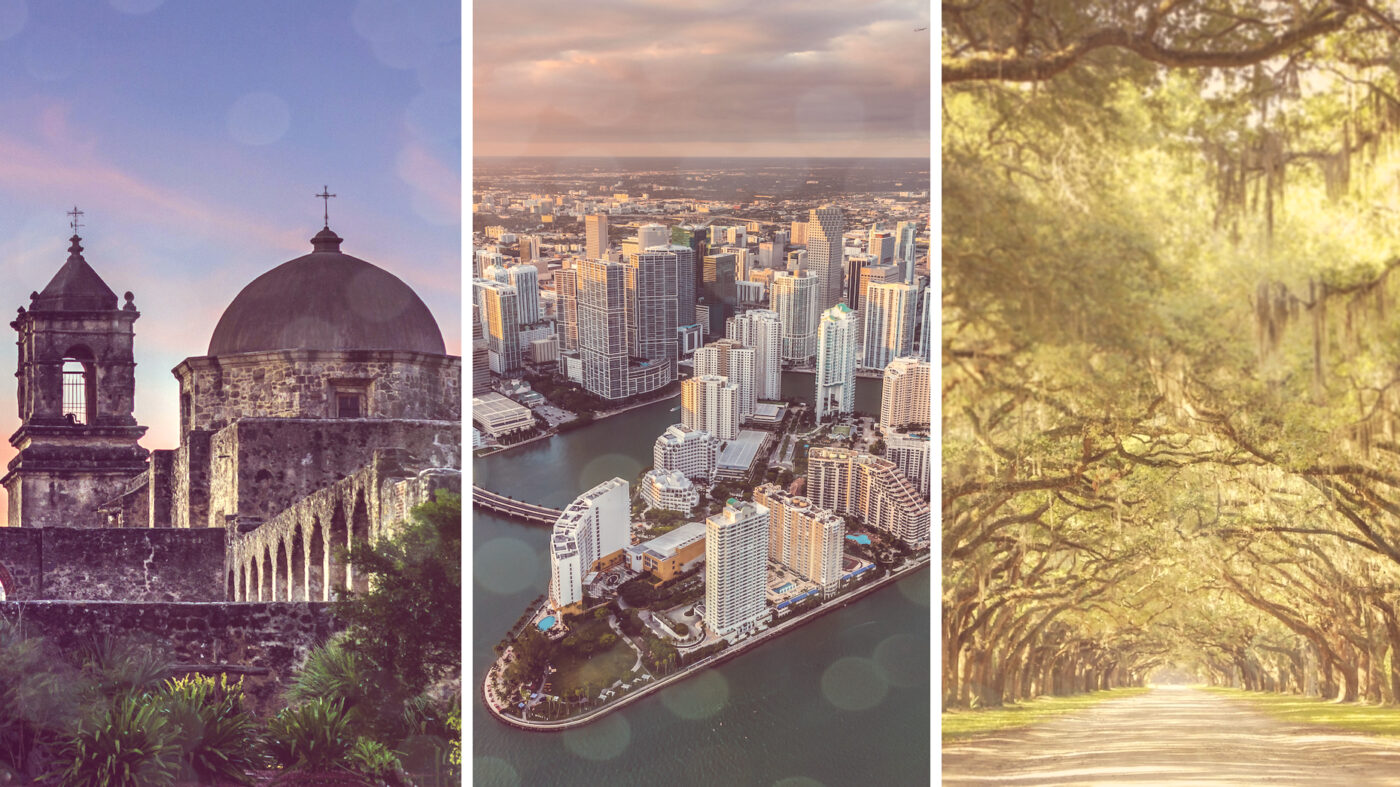 The pandemic is not over, but a handful of governors in Southern states are gradually reopening their economies. Agents mostly agreed that it’s time.

Tiffany McQuaid was chatting with Inman about the coronavirus pandemic Tuesday afternoon when her phone lit up.

“I just got an alert that Florida has flattened the curve,” McQuaid, owner of McQuaid and Company Real Estate in Naples, Florida, said during the call.

More than a month and a half after the coronavirus began sweeping across the U.S., the alert — which echoed tweets this week from Florida Gov. Ron DeSantis — was a bit of good news. It also helps explain why Florida is among a handful of states in the South that are moving to gradually reopen their economies. Others include Texas, Tennessee, Georgia and South Carolina, all of which are preparing to ease the kind of isolation mandates that have led to widespread unemployment and economic turmoil.

Reopening is controversial. Protesters across the U.S. have recently demanded an end to quarantines and President Trump has expressed support for reopening the economy. But some local officials are pushing back and health professionals have said the U.S. needs more resources and testing before it can declare mission accomplished.

The debate is unlikely to ebb soon, but a handful of southern governors are pressing ahead anyway, mostly pursuing incremental plans to open businesses in waves over the coming days and weeks. Such moves take their respective states into uncharted territory. However, for the most part real estate professionals told Inman they support the gradual reopening of their local economies, though they also believe it’ll be a long time before their industry truly gets back to normal.

Where is reopening happening?

Florida Gov. Ron DeSantis initially issued a stay-at-home order on April 1. The order expires on April 30, and on Monday DeSantis announced a task force that will work on a phased reopening of the state’s tourism-focused economy. The exact timing of those phases is yet to be revealed, but DeSantis has indicated a desire to move quickly.

Additionally, beaches in some parts of the state have already opened. Miami has not opened its beaches yet, but the county mayor there has expressed a desire to open parks, marinas and golf courses.

Texas Gov. Greg Abbott also convened a task force to “safely and strategically restart and revitalize all aspects of the state economy.” Abbott has already loosened some restrictions, including opening state parks and allowing businesses to conduct “to-go” activity. He is expected to announce the first wave of business reopenings early next week.

Gov. Bill Lee announced Tuesday that “next week, 89 of Tennessee’s 95 counties will begin a phased reopening of the state’s economy as we work to bring industries like retail, restaurants, and close contact services to a safe and methodical opening.” The state also has an economic recovery group working on reopening, and plans to issue guidance for specific industries later this week.

South Carolina Gov. Henry McMaster signed an order Monday allowing beaches to reopen. The order also allows for the reopening of various types of retail businesses, though those businesses have to implement safety measures such as social distancing and maximum occupancy quotas. The order was effective as of Monday.

What do agents think of their states reopening?

Most of the agents who spoke to Inman for this story were supportive of their states’ respective reopening plans. They all said that social distancing and other safety measures remain important, but also generally spoke favorably of their elected leaders’ moves so far.

McQuaid, for example, praised Florida’s reopening task force, saying that “it seems like [DeSantis] has got some really good brains on it.”

Jade Kalbacher, a Compass agent in the Miami area, was also supportive. She has actively been encouraging her local and state leaders to reopen the economy. She’d like to see reopening orders go even further, but said that the moves so far are “a step in the right direction.”

“It’s affecting us so much,” she said of the shutdown’s economic impacts. “We’re going to see so many ramifications.”

Tara Cochran — an agent with Fathom Realty in Atlanta, Georgia — said that social distancing protocols will likely remain in place “for some time.” But as long as people follow them, she believes “the numbers support the idea that we can reopen.”

“Frankly we can’t really afford not to,” she added. “I’m positive that people are ready to get back to work and as long as people follow the protocols we can keep places open.”

Krista Knight, an agent at Becker Properties, was also supportive of reopening. She works in San Antonio, Texas, which she said has fared comparatively well through the pandemic. So while conditions in other parts of the state might be different, Knight believes her city is ready to get back to work.

“For us, it makes sense,” she told Inman.

Finally, Lisa Land — an agent with The Luxe Collective in Nashville, Tennessee — told Inman that she has seen a number of people out and about and it appears that everyone in her area “is ready for this to be done and over.”

“For the most part the clients want to get out and look,” she added.

When is real estate getting back to normal in these states?

The general consensus among agents who spoke to Inman was that the market would return — in some cases quite strongly — but that it will take time.

“I don’t think it’ll swing back to where it was right before,” Knight said. “It’ll probably take a couple of months or so.”

Still, agents are moving their businesses at least in the direction of normalcy.

McQuaid has already conducted a kind of soft opening of her office so that her administrative staff can keep working there. She said they are still able to practice social distancing because the space is 5,000 square feet and there are only six people coming in. Agents at McQuaid’s company, however, are still working remotely and should be returning after the state’s stay-at-home order ends on April 30.

Even after that happens, though, McQuaid believes it will take time before things really get back to normal.

“I would anticipate it’s going to be a slow transition,” McQuaid said. “It’s not going to be like a light switch.”

Philip Becker, founder of San Antonio’s Becker Properties, told Inman that he too is already working to reopen his offices. His firm has seven full-time administrative staff members and a pair of part-time employees. The office has been open by appointment only during the pandemic, and he allowed staff members to come in and sanitize the space so they could get in a few hours of work. However, the firm should be returning to more normal operations soon — though staffers with health concerns will be allowed to do remote work.

Agents differed on whether they thought open houses would return soon.

Land, in Nashville, said that in her area more and more people are out and about. That’s an indicator that most people in her area are ready to get back to normal, and when it comes to open houses she hopes they come back as soon as possible.

“I hope that it happens right away,” she said.

On the other hand, Kalbacher said that open houses in her area were already on their way out and may never fully come back.

“This probably is maybe going to be the slow death of the open house,” she said.

Other agents envisioned a gradual return of open houses, with the practice returning with caveats or after a slightly longer period of time.

“I could see within the next month or two that being a go again,” Cochran, in Georgia, said.

Amber York, a Keller Williams agent also working near Atlanta, Georgia, told Inman that she also sees an eventual return of the open house, though “I think we’ll still be in scenarios where we only have one, maybe two parties in a house at any given time.”

York ultimately believes that other aspects of the industry will have a similarly incremental return, gradually moving closely to something close to normal. But, she said, it will take time.

“I think we’re going to see a lot of people using a certain level of precaution,” she concluded. “I don’t think it’s going back any time soon.”