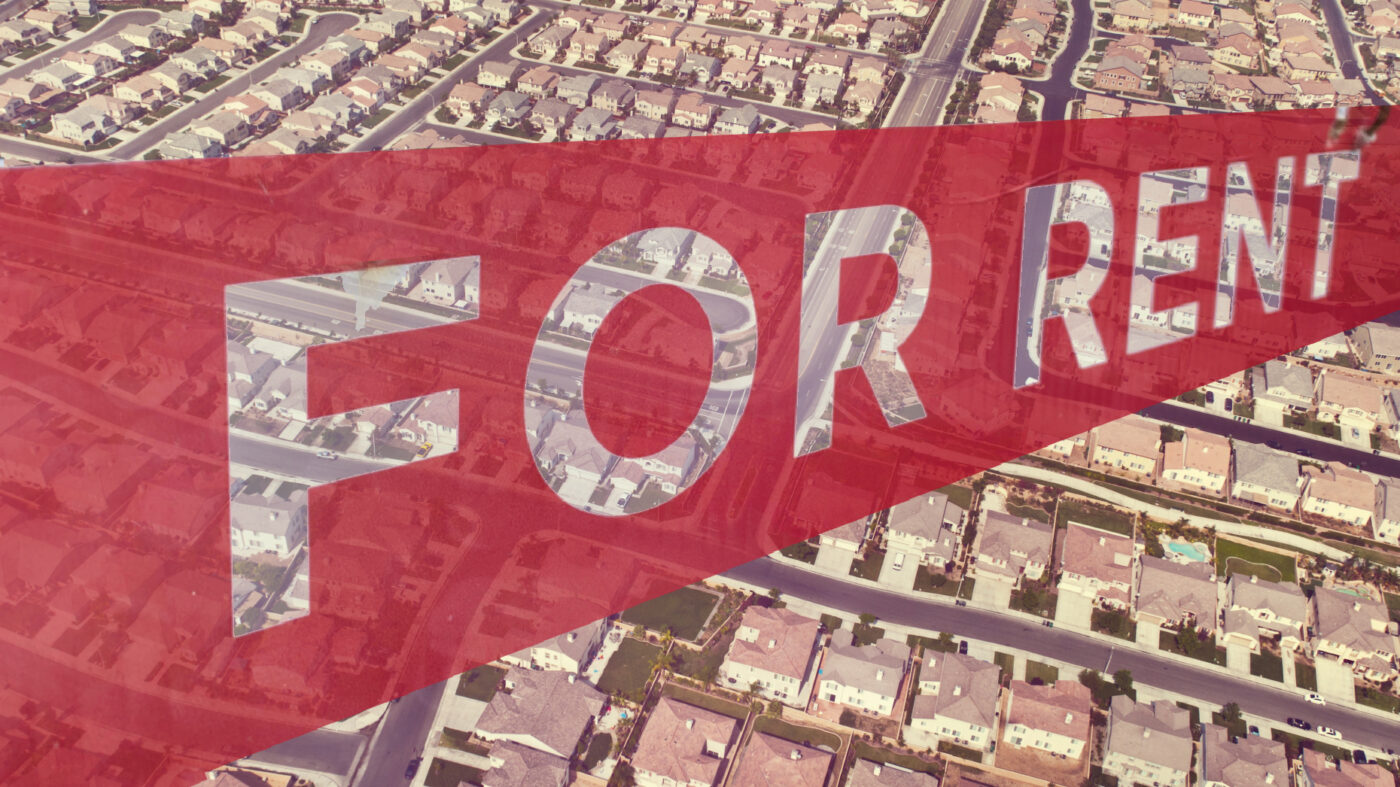 As the coronavirus pandemic has swept United States, one question has grown louder and louder: Will tenants be able to pay their rent?

Some wondered if thousands or millions of renters would fall short. Others pointed out that owners were frightened. And still others argued that tenants and landlords were playing a game of chicken. In the end, nothing so dramatic happened — most people did ultimately pay their April rent — but with the pandemic still wreaking havoc, the specter of chaos in the rental market is still very much alive as May 1 rapidly approaches.

It remains to be seen what kinds of economic ramifications the crisis will have. And if large numbers of renters ultimately can’t pay, that will ding landlords of all stripes. However, if past trends are any indication, a protracted economic downturn could hit one group particularly hard: mom-and-pop landlords. In fact, a recession could ultimately contribute to a long-running shift in the rental industry away from individual investors and toward major institutional landlords.

A long time ago, mom-and-pops owned most of the rental housing in the U.S. A mid-1990s report from the U.S. Census Bureau, for example, revealed that as of 1991, “individual investors owned 92 percent of the nation’s rental properties.”

Over the years, though, that changed. According to a Harvard report released this year, “Ownership of rental housing shifted noticeably between 2001 and 2015, with institutional owners such as LLCs, LLPs, and REITs accounting for a growing share of the stock.”

“Meanwhile, individual ownership fell across rental properties of all sizes,” the report adds.

This shift has been huge. By 2015, the U.S. Department of Housing and Urban Development (HUD) reported that there were about 48.5 million rental units in the country, and that individual investors only owned 22.7 million of those properties. That’s about 47 percent.

Another report from Harvard, published in 2017, points out that some individuals have transferred their properties into LLCs for liability reasons. But it still nevertheless confirms that individuals have generally been losing market share while institutional landlords make gains.

The Great Recession accelerated the shift toward institutional landlords

While the shift toward institutional landlords has been ongoing for decades, the last major economic downturn appears to have accelerated the trend.

The 2020 Harvard report, for instance, reveals that “during the housing bust, investors bought up millions of formerly owner-occupied single-family homes and converted them to rentals.”

Mom-and-pops did participate in that activity, and the overall rental housing stock increased in absolute terms.

But according to the American Rental Property Owner and Landlord Association — a trade organization representing independent property owners — large Wall Street-backed landlords in particular went to town at the time, snatching up scores of foreclosed homes “in bulk.”

The 2017 Harvard report confirms that institutional owners “jumped into the single-family rental market after the bust.” Additionally, a spokesperson for Harvard’s Joint Center for Housing Studies — the group that published the university’s reports — told Inman that the overall shift from individuals to institutions was “probably related to the housing bust, in part, as investors were able to scoop up cheaper single-family homes in particular.”

Numbers that Attom Data Solutions provided to Inman further tease out this trend. The data shows that over the past two decades, the percent of all real estate sales to institutional investors peaked in the years immediately following the Great Recession. The high point for such deals was 2012, when institutional investors — which Attom defined as anyone buying 10 or more properties in a year — hit 7.5 percent of all purchases.

David Howard, executive director of the National Rental Home Council, also said that the downturn a decade ago opened the door for large scale purchases of rentals. Though he stressed that each economic downturn is unique, he said that among large investors, “There were some opportunistic plays coming out of 2010.”

“Companies that had capital were able to come in and buy homes,” he told Inman.

None of this was an accident, and federal policy at the time was crafted to actively incentivize institutional landlords purchases of rentals. That in turn gave rise to large companies such as Invitation Homes, which today claims to operate about 80,000 rental units.

Of course, the rental market is not a zero sum game and to some extent institutional investors gobbled up market share simply by expanding the sheer number of rental units.

But, significantly, a 2018 report commissioned by a group of housing-focused non-profits argues that in the face of rising institutional investment “‘mom-and-pop’ landlords are crowded out of the market.” In other words, larger-scale investors increased their control of the market to some degree at the expense of smaller-scale landlords.

What this ultimately means is that the U.S. has seen a quiet but profound shift from the 1990s — when mom-and-pops controlled most rentals — and the Great Recession played a pivotal role in that shift.

Could the current crisis accelerate this trend even further?

Howard cautioned that each recession is different and that the last one was directly linked to the housing market, unlike today’s crisis. It’s also difficult to say right now if the economy will rebound quickly this time, or languish in the doldrums.

So the short answer is that we don’t know yet.

But the longer answer is that mom-and-pops do face some serious and unique challenges if this crisis drags on.

For starters, a lengthly downturn that cuts off rents will hurt anyone who owns rental property.

“The issue here is if residents cannot pay their rent, right away the landlord has a problem,” Howard explained. “You still have to pay your taxes. Most importantly, you’ve got to service the debt. If there’s a break you have an immediate problem. If it extends two months, three months, four months the problem just grows.”

That hasn’t happened yet and Howard was generally optimistic about housing going forward. But if renters do stop paying en masse for multiple months, Howard believes it won’t be long before landlords start trying to offload their properties. A glut of units hitting the market would drive prices down, and is essentially the scenario that happened after the Great Recession when institutional landlords exploded in size.

“If housing values fall uniformly across the country will there be opportunity? Sure,” Howard said. “But the question is, who will be positioned to take advantage of that opportunity?”

Mom-and-pop owners do have advantages if something like this scenario comes to pass. Steve Deaton, founder of North Carolina-based Deaton Investment Real Estate, told Inman that smaller-scale investors tend to be financially conservative and have good relationships with their banks. Both of those characteristics should help insulate them from economic chaos that could sink more leveraged competitors.

But mom-and-pops also have some serious liabilities as well.

Thomas “T” Furlow, a broker at Deaton’s company, said that the “mom-and-pop investor probably stands to lose more” in a downturn. The problem, Furlow said, is that the type of debt individual investors hold places them at greater personal risk compared to institutional firms.

“If they default, not only does the bank get the property but the bank can pursue them personally,” he added. “The institutional investors have non-recourse debt. In theory all the lender can do is take the property back. They’re much more insulated from the downside of risk than most of your mom-and-pops.”

All of which is to say that if the current crisis drags on for a prolonged period of time, real estate investors across the board will take a hit. But those with vulnerable debt positions and less capital — characteristics that tend to apply to mom-and-pop landlords — may be less resilient.

What does this mean for tenants?

Whether the shift from mom-and-pop landlords to institutions is good or bad probably depends on where you stand. Large rental companies have argued, for example, that they can be both more profitable for their investors and more convenient for their tenants. Critics, on the other hand, have accused them of mishandling maintenance requests and fees.

The 2018 report from the housing non-profits also argues that institutional landlords tend to be more aggressive when it comes to raising rents, among other things.

Whatever happens in the short-term, though, a major shakeup in the rental industry could be a painful event for more than just property owners. Howard said that while it remains to be seen how the current coronavirus crisis will play out, if rents aren’t paid and large numbers of properties hit the market, the people living in the rental units will likely be forced to vacate.

“The real bad news is the residents are the ones who suffer,” he said. “If someone sells the home that they’re renting out, the resident gets displaced.”