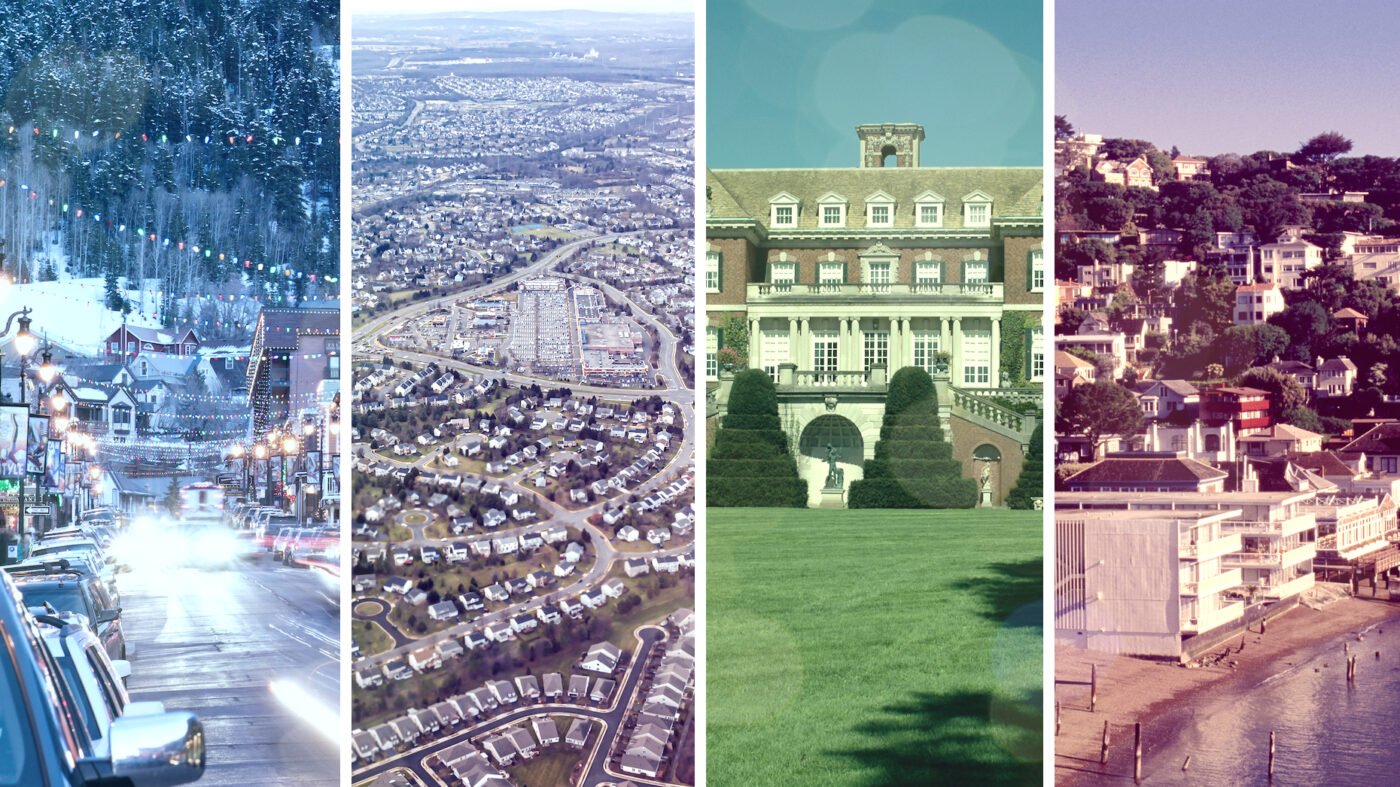 Kevin Leatherman believes the coronavirus pandemic will be a “game changer.”

Leatherman, owner of Leatherman Homes, works in New York’s Nassau County, which has some of the wealthiest pockets of real estate in a region already known for leading the world’s economy. It’s also a region that has been slammed by the pandemic, outpacing anywhere else in the U.S. in terms of cases and deaths. As a result, it’s a kind of petri dish for the way the crisis intersects with the property market.

“Some folks have lost some of their deals because buyers have lost income or jobs,” Leatherman recently told Inman of the area. “Lenders have changed criteria. You have a lot of that going on. And then you have a lot of agents and buyers and sellers trying to understand what the ground rules are.”

It is, in other words, a scramble just to keep up with the rapidly evolving conditions. Leatherman wasn’t all pessimistic, though, saying that he has weathered a number of past crises over his long career in real estate. And more affordable homes in his area continue to sell even as the luxury market languishes. But either way, the fallout of the crisis will linger.

“It’s an adjustment period for everybody,” he added. “It’s painful.”

To better understand how the pandemic is impacting real estate in places with a high concentration of luxury listings, Inman reached out to agents across the U.S. Their respective markets are all very different, but there was general agreement about some of the ways the pandemic is hitting the market:

National data further sheds light on the way the pandemic has dinged the luxury market. For example, the National Association of Realtors (NAR) told Inman that sales for homes over $1 million increased more slowly in March — the first month the pandemic was in full swing in the U.S. — than they did in February. In the western region of the U.S. (which admittedly has markets where $1 million is more a middle class than a luxury home) sales actually declined in March at that price point.

A report from realtor.com, published in March, also shows that luxury real estate did especially well at the end of 2019 thanks to a booming economy. But that may be changing as the economy now withers during the coronavirus outbreak.

“Like the U.S. economy, luxury housing isn’t immune to the impacts both short and long-term of COVID-19,” realtor.com economist Danielle Hale said in the report. “Many of the gains made in the luxury market in the fourth quarter could be erased as buyers are asked to stay home and sellers hunker down. It’s pretty clear that COVID-19 is going to have far reaching consequences both in the U.S. and globally, the question that remains is just how much of an impact it will have.”

It will take time to understand those impacts. However, to see what’s been happening so far Inman has highlighted conditions in five different counties with high concentrations of wealth. These aren’t the five absolute wealthiest counties in the U.S., though they’re certainly among them. Instead, they were chosen for both their affluence as well as their economic and regional diversity; Nassau County is home to a bunch of Old Money blue bloods, while Collin County in Texas is younger and characterized by more suburban wealth. Loudoun County in Virginia thrives thanks to an abundance of government jobs, while Marin County in California is located in the technology capital of the world. And Summit County in Utah is unique because it thrives on tourism and second-home buyers.

Coronavirus rules: California has had a stay-at-home order in place since March 19. Marin County imposed its own shelter-in-place order on March 31. That county-level order expires on May 3.

Marin County is located on the western side of California’s Bay Area and is consistently ranked as one of the wealthiest regions in the U.S. Just over a quarter of a million people live in the county. San Rafael is the county seat and largest city, with nearly 60,000 people, though the area is also known for very high-end enclaves such as Sausalito, located near the Golden Gate Bridge.

There are a total of 112,606 housing units in Marin County, according to numbers that Attom Data Solutions provided to Inman.

CAR’s data further shows that there were 280 active listings in Marin County as of March 1, representing a drop of 44 percent year-over-year.

Coronavirus rules: Virginia has had a stay-at-home order in effect since March 30. Gov. Ralph Northam has said the state will begin slowly reopening after positive COVID-19 tests decline for 14 straight days.

Loudoun is part of the Washington, D.C., metro area and is frequently ranked as the single wealthiest county in the U.S. The 2019 population of Loudoun County was just over 400,000. Leesburg — which dates back to the mid 1700s and was named for an ancestor of Confederate general Robert E. Lee — is the county seat and most populous town, with around 54,000 people.

In recent decades Loudoun County has seen rapid growth of its suburbs and today is home to several large corporations, as well as Dulles International Airport.

According to Attom, there are 374,558 housing units in Loudoun County.

Loudoun County had 561 residential units sell this March, compared to 509 in March of 2019. Days on market fell 25 percent year-over-year in March.

Inventory also fell in March, according to Bright MLS’s data: in March of 2020, there were 731 active listings in Loudoun County, which represents a drop of 14.75 percent year-over-year.

New listings, on the other hand, were up 9.8 percent year-over-year in March.

Coronavirus rules: New York state has had a stay-at-home order in place since March 22. The order will remain in effect until at least May 15. To comply with the state order, Nassau County has closed a variety of parks and other public sites and is actively encouraging residents to avoid social gatherings.

Nassau County is located on New York’s Long Island. The county seat and largest town is Hempstead, home to more than 760,000 people. The county seat is Mineola, which has a population just under 20,000.

Nassau County has been ranked as one of the most affluent places in the U.S. and includes pockets of extreme wealth such as the village of Old Westbury — home to numerous Vanderbilts and other blue-blooded tycoons.

According to Attom, there are about 1.4 million housing units in Nassau County.

The New York State Association of Realtors (NYSAR) reported that in March the median sales price of a home in Nassau County was $530,000, up 2.9 percent year-over-year.

Additionally, Nassau County saw 1,517 new listings in March, which was a drop of nearly 30 percent year-over-year, according to NYSAR data.

As with other counties, more recent data wasn’t immediately available (there’s typically a one month lag in data reporting). But NYSAR confirmed in late April that the “pandemic slowed what started as a robust 2020 New York State housing market.”

Coronavirus rules: Utah does not have a state-wide stay-at-home order, though Gov. Gary Herbert has issued a “stay safe, stay home” directive that encourages residents to remain in their houses “whenever possible.” Summit County issued its own stay-at-home order on March 25. The order remains in effect until May 1.

Summit County is the wealthiest county in Utah, and is primarily known for Park City. A renowned ski town famous for its powdery snow, Park City also draws an international clientele during the annual Sundance Film Festival. The area is also a popular destination for summer recreation and is crisscrossed by hiking and biking trails.

According to Attom, there are 39,731 housing units in Summit County.

Summit County had 586 active listings as of April 22. That represents a roughly 16 percent year-over-year drop, and a 2.5 percent drop compared to March 2020.

Coronavirus rules: Texas Gov. Greg Abbott issued a stay at home order that went into effect in early April. The order expired at the end of April. Collin County also has its own stay-at-home orders, the last of which is similar to Abbott’s rule.

Collin County sits just northeast of Dallas. As of last year, the county was home to just over 1 million people. The largest city in the county is Plano, with nearly 300,000 residents, followed by McKinney, the county seat and home to almost 200,000 people. The county has grown rapidly over the last several decades thanks to abundance of well-paying jobs. Major firms such as Capital One, Bank of America, Raytheon and others all have major operations in the county.

According to Attom, there are 914,075 housing units in Summit County.

Data that Texas Realtors provided to Inman shows that in March, the median sales price for a home in Collin County was $345,000, which represents an increase of 3 percent year-over-year. There were 1,402 closed sales in March, which is also up year-over-year by 3.2 percent.

However, there were 3,368 active listings in March, according to Texas Realtors data, which represents a drop of 27.9 percent year-over-year.

Writing your agent bio? 13 tips for standing out from the pack