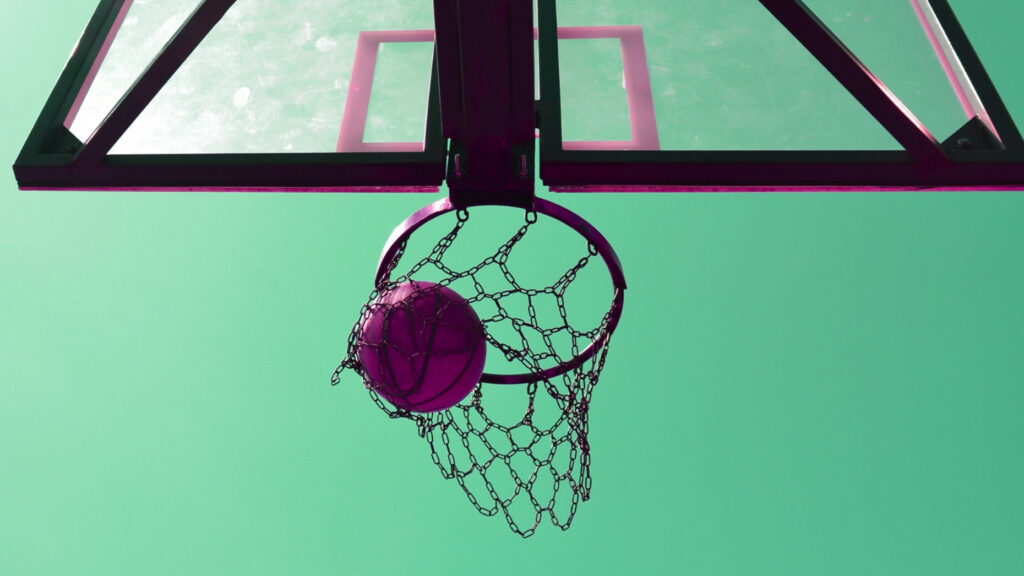 Thriving in a shifting market is all about making adjustments. Here’s how one Utah-based real estate group doubled production by adopting gamification — yes, in the midst of this pandemic.

The pandemic has been tough on all of us. Some of us couldn’t even show homes. All of us made adjustments. But not everyone took a production hit. Some teams are still on track with their original goals. Others are actually doing better this year compared to last year.

Surviving the pandemic was about adjustments, but thriving in the pandemic? Is that even possible?

I saw a lot of cool things from teams in my network, and a lot of lessons to be learned for when markets shift, and times become uncertain. One of the coolest was from a team just north of Salt Lake City that actually doubled its production in the midst of massive uncertainty. (I have the numbers to prove it!)

How Utah Life doubled their production during the pandemic

Before we dig into the numbers, here’s what you need to know about Utah Life Real Estate Group. They have 20 total team members — around 14 full-time agents, a couple part-timers and a handful of administrative staff.

They run a full team model and provide coaching, systems and accountability for all of their agents. A lot of their coaching is around mindset.

Also, they are extremely driven by numbers, goals, and achievement. They are the team around which the idea and concept of Sisu was born. A lot of the screenshots showing their numbers and production are taken from their Sisu dashboards.

Utah Life has some very cool graphs, which make it super simple to see just how much they crushed it during March and April.

Take a look at this chart of their signed units. This is impressive, especially considering that they lost one of their top producers in November of 2019. 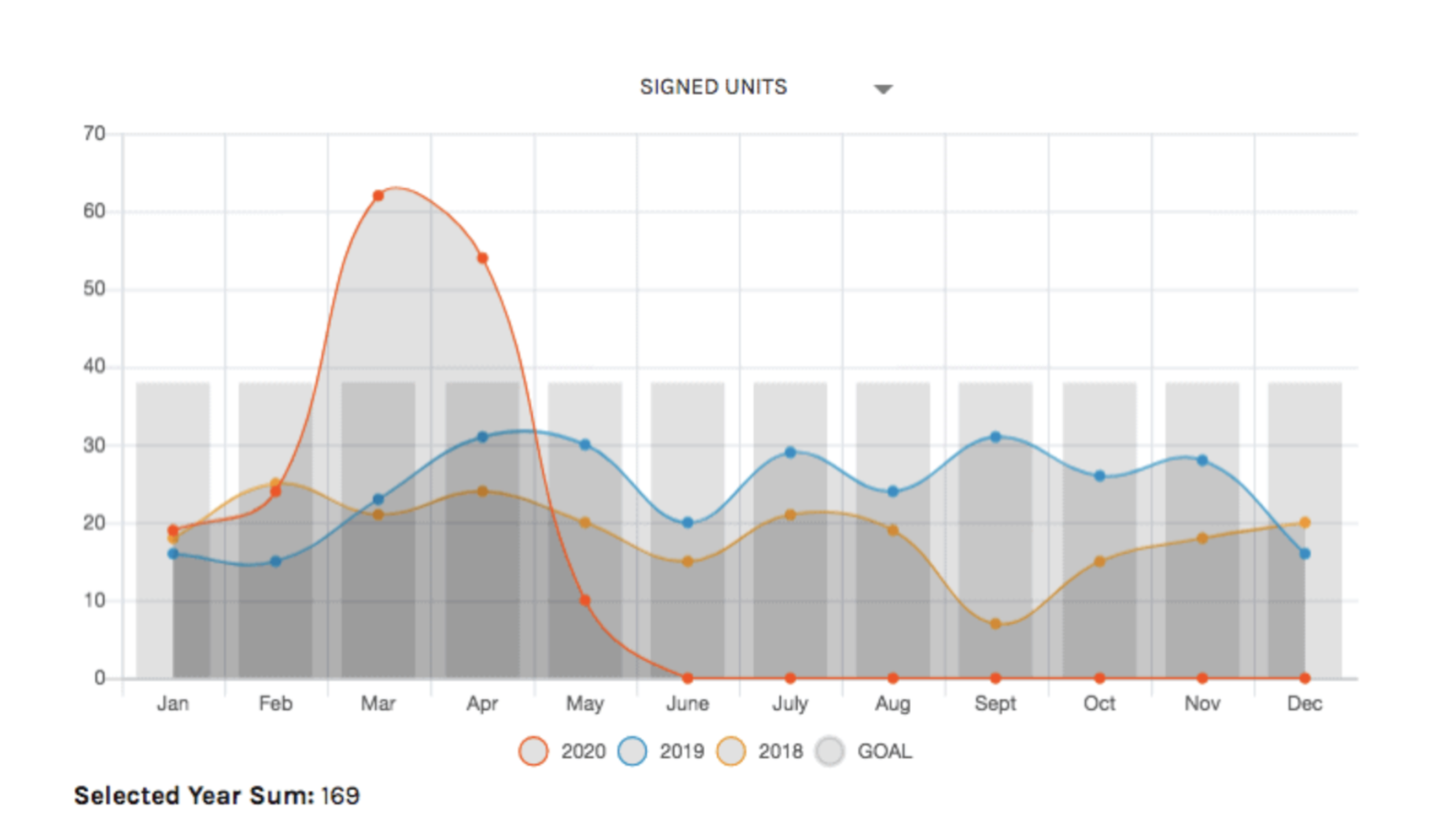 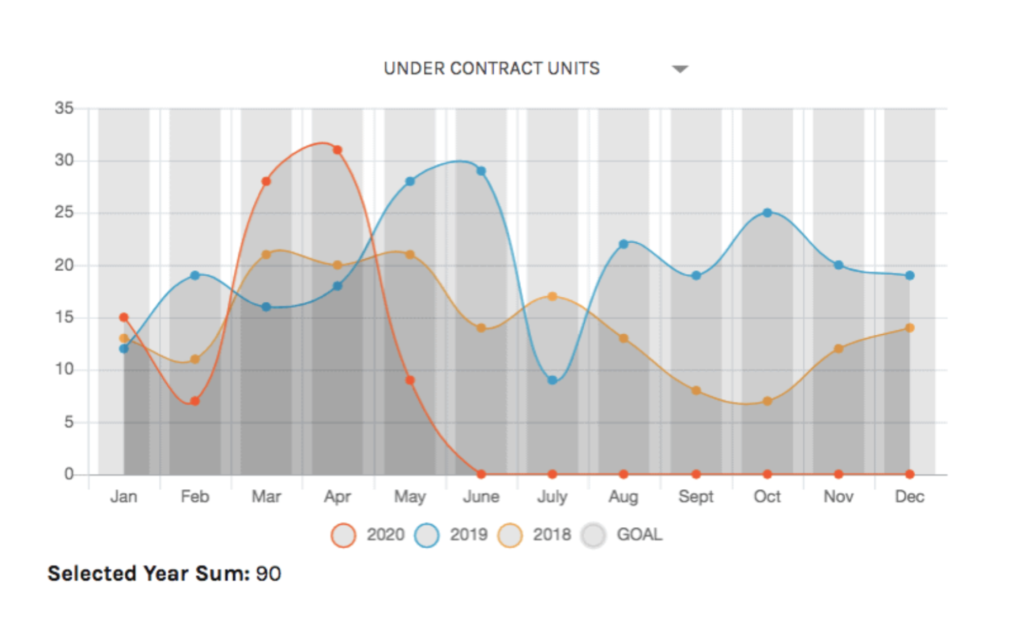 Use of gamification to drive real estate sales

Gamification has become popular in sales because you can tweak the system to produce the exact results you’re looking for.

A lot of other industries rely heavily on their compensation plans and promotion paths to do this — a careful concoction of payments, promotions, recognition and accelerators that align incentives across a sales team and make things work.

This, of course, happens in real estate as well, but to a lesser extent. Almost all of our teams and brokerages are 100 percent commission-based contractors. It’s harder to create a culture where incentives are aligned, but here’s where gamification comes in. Gamification can help you align incentives, tighten your culture and drive key metrics that you know will create results.

In this case study, Utah Life focused heavily on a few different leading indicators such as conversations and appointments set. See the huge spike in conversations on their graph above, which pretty much fueled everything. I believe the point system was as follows:

Where this system breaks

You’ll want your most OCD team member running your gamification. That person who’s got your CRM system dialed in to the last one and zero? That’s exactly who should run a system like this.

They’ll love it, too, because this is the type of thing that actually drives adoption with all of your systems. Didn’t happen in the CRM? It didn’t happen at all. Here’s where teams go wrong:

The competition doesn’t have to be inside your team only

One thing that I thought was really cool about the contest was that the competition was not only internal. Too much internal competition can be unhealthy. There’s a fine balance.

But you probably know other real estate teams that are around your size and level. You network with them on Facebook, or maybe they compete in another market that’s not super close to you.

Creating competition with other teams can be an extremely fun and healthy way to drive results. You can put up a prize (for example, $500 to the top agent) but set stipulations that the losing team has to front the prize money. Have fun with it!

The exact specifications of one of the contests Utah Life ran during the pandemic was the Utah Life versus Bowen Adams Real Estate contest. You can also see their joint scoreboard in Sisu below.

On my team, personally, we’ve done monthly and quarterly competitions for things like most open houses, five-star reviews, showings, appointments or even just days of activity logged.

We set it up so anyone would have the opportunity to win something — not just the top producers. Prizes have included gift cards and team swag members could pick from.

We’ve also done group goals where anyone who meets the goal is invited to lunch or happy hour and other team-wide goals that included a team outing for everyone. Before the pandemic shut us down, we were planning on doing “top golf”!

To sum things up, I think Utah Life’s success during this period boils down to a handful of key elements:

I see a lot of team leaders and brokers pushing gamification, but this one was an eye-opener as to just how effective this strategy can be.

Brandon Doyle is a Realtor at Doyle Real Estate Team — Re/Max Results in Minneapolis and co-author of Mindset, Methods & Metrics – Winning as a Modern Real Estate Agent. You can follow him on Twitter. 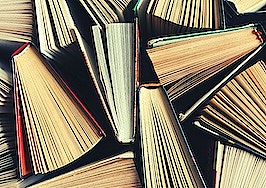 A book for every type of agent: 15 (newish) releases worth checking out in 2020 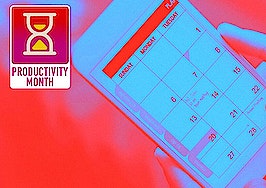 How to avoid falling into a time management black hole 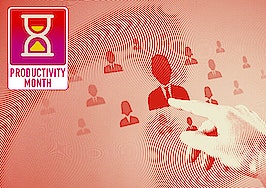 Your CRM is the lifeblood of your business — so nurture it 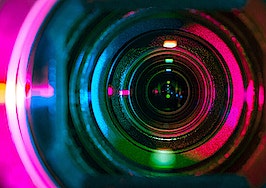 How to step up your listing video game in 2020

Federal court rules in favor of NAR in longtime DOJ probe
Back to top
Only 3 days left to register for Inman Connect Las Vegas before prices go up! Don't miss the premier event for real estate pros.Register Now ×
Limited Time Offer: Get 1 year of Inman Select for $199SUBSCRIBE×
Inmanpot
Log in
If you created your account with Google or Facebook
Don't have an account?
Create an Account
Forgot your password?
No Problem