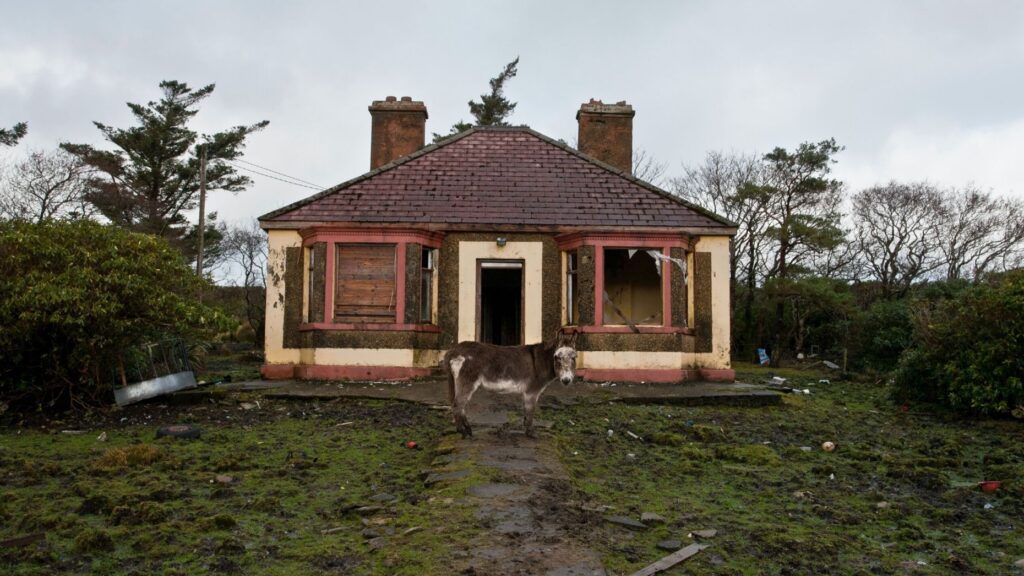 During the first six months of 2020, there were a total of 165,530 properties with foreclosure filings — an all-time low, down 44 percent the same time one year ago and down 54 percent from the same time two years ago, according to Attom Data Solutions’ Midyear 2020 U.S. Foreclosure Market Report. 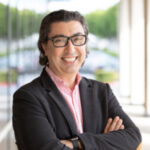 “The residential foreclosure market across the nation continues to contract amid a combination of booming housing market conditions before the current coronavirus pandemic hit and a moratorium on activity while the country struggles to overcome the crisis,” Ohan Antebian, general manager of foreclosure listings portal RealtyTrac (owned by Attom), said in a statement.

“Foreclosure starts and completions were already declining rapidly last year because the housing market and the economy were riding so high,” Antebian continued. “Now they’re down to lows not seen for at least 15 years as the federal government has banned lenders from pursuing most delinquent loans until at least the end of August 2020 to help people weather the pandemic.” 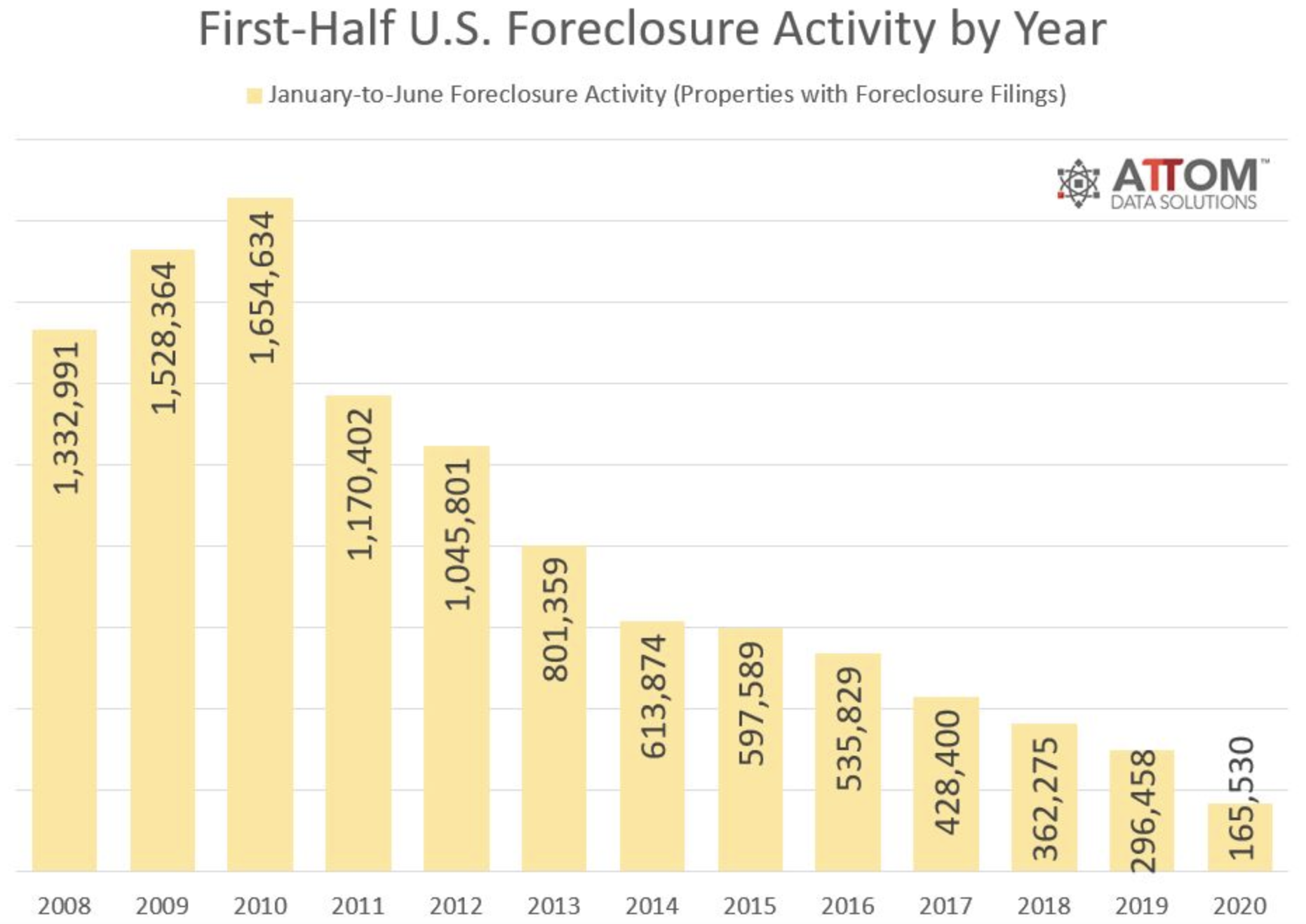 Although foreclosure starts were at their lowest during the first portion of 2020 since Attom started tracking this data in 2005, three states did report annual increases in foreclosure starts: Tennessee, Idaho and Indiana.

Bank repossessions also dropped to their lowest level since 2005 in the wake of government restrictions due to the pandemic. Lenders foreclosed (REO) on 37,917 U.S. properties in the half of 2020, a number down 44 percent from the previous year. States with the greatest annual decreases in REOs included Mississippi (down 76 percent), South Dakota (down 65 percent), Kansas (down 64 percent), Idaho (down 64 percent) and Nevada (down 61 percent). Nebraska, however, was the only state with an increase in REOs, which rose by 76 percent year-over-year.

Unless the government issues another extension on the foreclosure and eviction moratorium in coming weeks, the end of August may bring with it a flood of new foreclosures.

“Distressed property volume is almost guaranteed to increase significantly once the moratorium is lifted because millions of Americans missed their mortgage payments in June and will continue to because of unemployment,” Antebian said in a statement. “But for now, everything is on hold and the foreclosure numbers reflect that pause.” 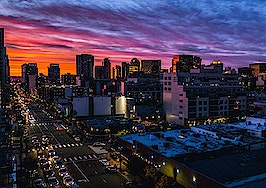 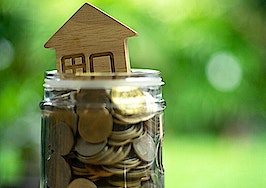 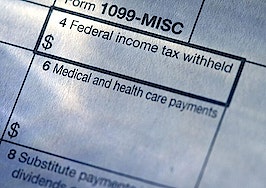