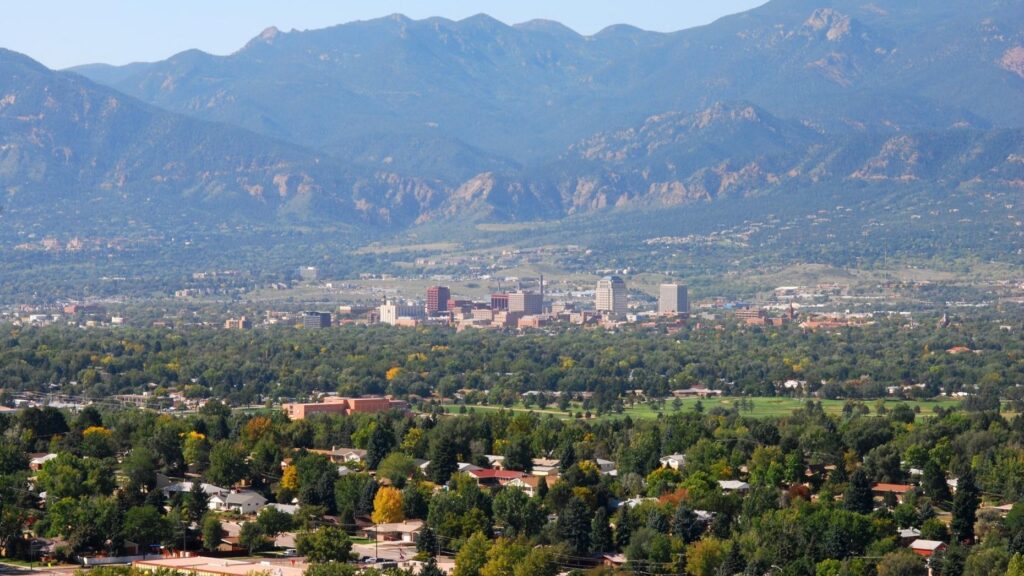 Forget the bright lights of the big city, and get out to the peaceful nights of the suburbs. The hottest ZIP codes in the U.S. this year, according to an analysis by realtor.com, are in less populous, less expensive areas where people can social distance with ease and not worry about breaking the bank if their jobs become less secure during a time of widespread economic uncertainty.

“With prices growing faster than they were before the pandemic and people looking for more space, affordability has become even more important,” Danielle Hale, realtor.com’s chief economist, said in the report.

“This year’s list is definitely centered on the East Coast, which is a bit of a shift from previous years. Some of those areas in the Northeast have bounced back in a big way [from COVID-19], which is probably helping them to rise to the top. The absence of the South and Midwest is because of the pandemic and how it has played out over time in different parts of the country.”

To compile the list of hottest ZIP codes, realtor.com looked at activity for ZIP codes in the 300 largest metro areas (including the main city and surrounding urban areas, towns and suburbs) from April through June, and created its ranking based on which ZIP codes received the most page views per property on realtor.com and had the fewest days on market.

To be included, ZIP codes needed to have at least 13 listings per month, and only the top ZIP code from each metro was included.

Homes from the top ZIP codes sold in an average of 18 days, about four weeks faster than in their respective metro areas and about 51 days faster than homes in the rest of the U.S. Likewise, these homes received roughly 4.3 times mores views on realtor.com.

The list includes a few markets that have recently garnered widespread attention from economists such as those at realtor.com, including Colorado Springs, Colorado; Rochester, New York; and Topeka, Kansas. But it also brings in new markets that haven’t been chattered about much before, such as Reynoldsburg, Ohio; and Hudson, New Hampshire.

Read on to learn more about the country’s hottest markets yet this year. 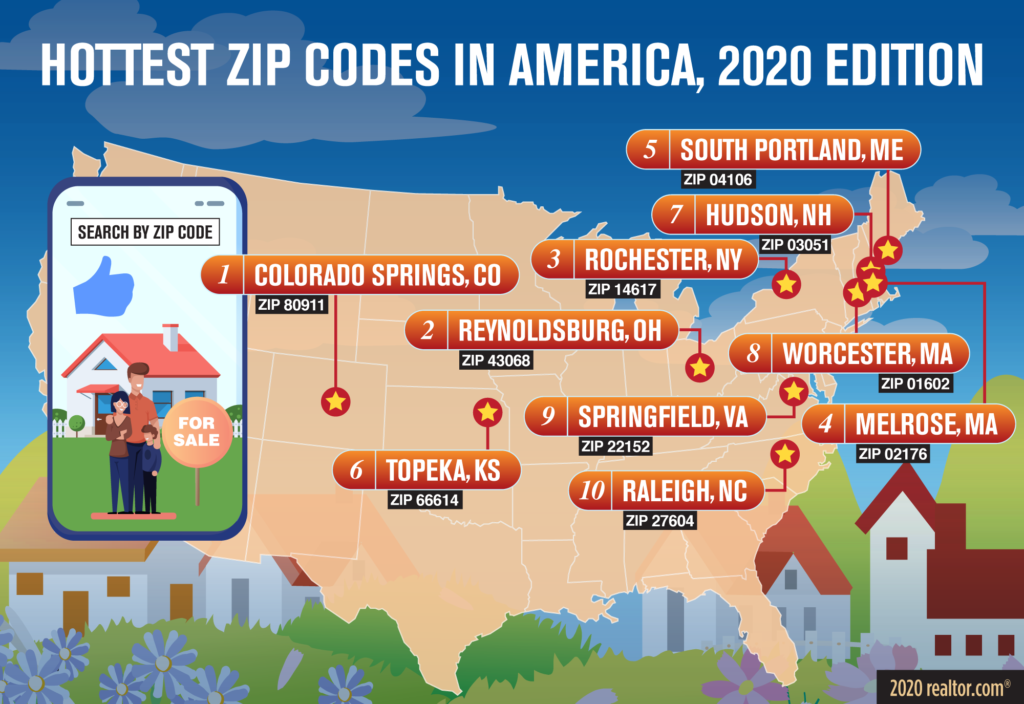 It’s no surprise to see this nature-lover’s paradise make the hottest markets list this year as Colorado Springs repeatedly ranked as realtor.com’s hottest market during its monthly reports this spring.

Reynoldsburg is a suburb of Columbus, Ohio, a metro area that was named one of the top hipster cities in America just a few years ago by Yelp and realtor.com. However, though it’s only about 15 miles outside of downtown Columbus, Reynoldsburg boasts home prices of about one-third the cost of those in Columbus.

Rochester, birthplace of Kodak and Xerox, is a small city within close proximity to Lake Ontario that’s seen some intense market competition so far this year.

Melrose, a small city outside of Boston with a population of about 28,193 according to 2018 census estimates, also benefits from affordable prices within reach of a big city.

Likewise, South Portland, an outpost of Portland, Maine, offers easy access to Portland itself without the same city prices.

Topeka, the capital city of Kansas, popped up this April as realtor.com’s third hottest market with its low home prices and cost of living, as well as its wide open spaces that are appealing for buyers who need a little extra breathing room while working from home during the pandemic.

Hudson sits on the Massachusetts-New Hampshire state line and is the 10th largest municipality in New Hampshire. The modest city is just about 20 miles from Lowell, Massachusetts, and about 45 miles from Boston for those homeowners who need a taste of city living every so often.

Worcester, home of Clark University and College of the Holy Cross, is another more affordable alternative to Boston, like the aforementioned cities outside of the New England hub.

Just beyond the southernmost stop of Washington, D.C.’s blue line metro system, Springfield can feel a world away from the politics (and sky-high prices) of the nation’s capitol while still allowing for easy access to the city for a night out on the town.

In a Redfin study released in April, Raleigh was named one of the 10 cities best prepared to weather the economic fallout from the coronavirus pandemic at only a 36.9 percent chance of experiencing a recession. 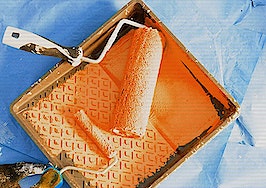 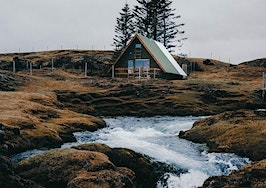 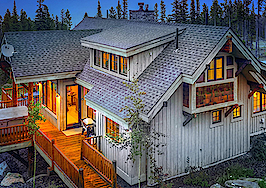