The husband-wife coaching duo Tim and Julie Harris shared how agents can survive a market shift by building new skills, trimming budgets and getting real about the future.

The coronavirus has turned the real estate market on its head, with some agents negotiating fierce bidding wars in a sellers’ market and others tempering the expectations of sellers in emerging buyers’ markets. Either way, real estate agents are learning to thrive in a new landscape driven by rapid technological advancements, economic and political upheaval and uncertainty about the future.

Here’s what the Harrises had to say about navigating a market shift. This interview has been edited for length and clarity.

Inman: Plenty of things changed due to the coronavirus since the last time we spoke. People are trying to figure out where the market is going next and how to prepare. What have you been telling your clients about surviving a market shift?

So, what do agents need to do to thrive in a transitioning market?

Tim: The primary thing would be to stop the things that don’t [make money]. At the end of the day, agents have been able to get away with buying pretty much anything that was, you know, ego-based. I’m talking about social networking websites and all that fluff stuff that’s proven not to really generate any business. It’s just mostly there because they just think they’re supposed to have it.

They have to be able to justify that the [purchase is] going to put them in a position to help people make money, and it has to have a direct correlation, a direct relationship. And if they can’t justify it, the first thing they have to do is stop doing it.

Julie: I would agree with that. In a really hot, semi-predictable seller’s market, the tools in your toolbox were not that many. You had to certainly choose the right offer for your sellers and help them navigate the sale, maybe strategize a little bit. The second important skill there, of course, was finding inventory.

But now that we have a transitioning market, you’ve got to add so many tools to that toolbox. Pricing is different and appraisals [are different]. I’m seeing more inspection issues right now. And absolutely more strategy for those sellers.

Tim: In the market we were in before, sellers actually weren’t that [picky]. They knew the houses would sell themselves, even if it was overpriced. So the two big groups of agents that you’re going to see suffering the most are the agents that are bound to buying leads and then the agents that are prominently about spheres of influence and past clients.

Sellers are worried about the market and worried about their home equity situation, so basically they’re fear-based. If you don’t satisfy their concerns, they’re not gonna list with you, even if you thought they were your best friend. You might get a shot at business, the seller might interview you. But unless you learn the skills to solve that seller’s problem, the seller is not going to list with you.

So what are the specific skills agents need to work on? I know the both of you are big on proactive lead generation.

Tim: Passive lead generation is social networking, buying of the leads, confidence in their sphere of influence and past clients, and direct mail. All this passive stuff really does not work, but the reason agents are attracted to passive stuff is because there’s no rejection. But there’s also no result.

A good example of proactive lead generation would be calling a for-sale-by-owner or calling [a homeowner with an] expired listing or calling [a homeowner that’s received] a notice of default. It’s about actually picking up the phone and doing the real work of real estate, which requires skill, right? The nice thing about being proactive is that you’re always in control of your result.

You don’t have to be beholden to buying leads. Agents have to be willing to accept the fact that a lot of the things that they have been doing passively won’t work in this new market.

That ties in with my next question. If agents aren’t spending on social media and other passive lead generation tools, then what should they spend their money on? How should they budget?

Tim: When Julie and I were coaching back in 2007 when the market really started to go to hell, there were thousands of agents that were lying to themselves. [They said] this slowdown was just a temporary and the brokerages of the industry [were saying], “This is just a temporary blip, it’s going to correct, for maybe six months and there’s never been a national downturn in home prices since the Great Depression.”

So all these brokers and these agents waited way too long to financially prepare themselves. Many of them got wiped out and many of them couldn’t get back even until like 10 years later. They lost their rental properties. Some of them lost their health. So it was tragic, sad, and we knew people who committed suicide. It was horrible.

Without being alarmists, we’re begging the industry to its get money right and to do it immediately. The first thing we’re asking everyone to do is stop doing the silly spending that’s basically ego-based and does not produce a tangible result in your business.

Julie: Protect yourself. The saying of “put your own oxygen mask on first” has never been so salient as now. You’ve got to take care of yourself first. So we always coach them to get their own financial life in order — know what you’ve got in the bank and what you’ve got yet to pay off.

I think most agents that have done any amount of business would attest to this — you’re much less effective helping other clients if you’re freaking out yourself financially. Even the most experienced agents start to lose it a little bit if they’re financially stressed.

Nobody knows how bad the fourth quarter and first quarter especially are going to be, or what week that’s going to hit. But the numbers tell you the market is going to shift. So to make some kind of elaborate long-term plan that’s probably going to change on you isn’t smart. We’re not coaching that right now.

We’re coaching a free, 90-day massive action plan, maybe even just 30 days. Do you know how many listings you must have at all times to meet or exceed your goals? How many of the buyers you’re working with will realistically actually buy?

Take care of your own financial house first so that you can keep an eye on your clients and focus on the skills necessary to actually get deals done.

As you said, no one knows what’s going to happen next week or next year. But what are some basic truths that agents can hold onto?

Tim: There will always be a need for caring, competent and skilled agents. There’s still plenty of money to be made. So what we see happening now and what we saw happening before in [2007 and 2008] is the money still flows, it just flows to different people.

So whereas before, you could be successful in a seller’s market, just because you had a big sphere of influence and past client list. If you knew enough people, and you were likable, you could do really well. In this new market, you have to have the skills to solve other people’s problems as the values of their home decline. 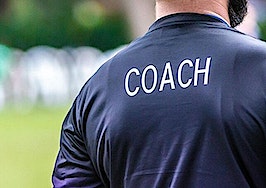 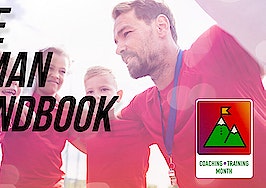 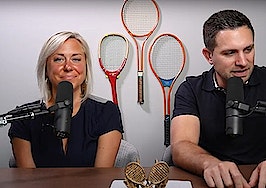 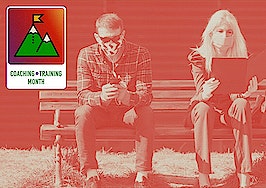