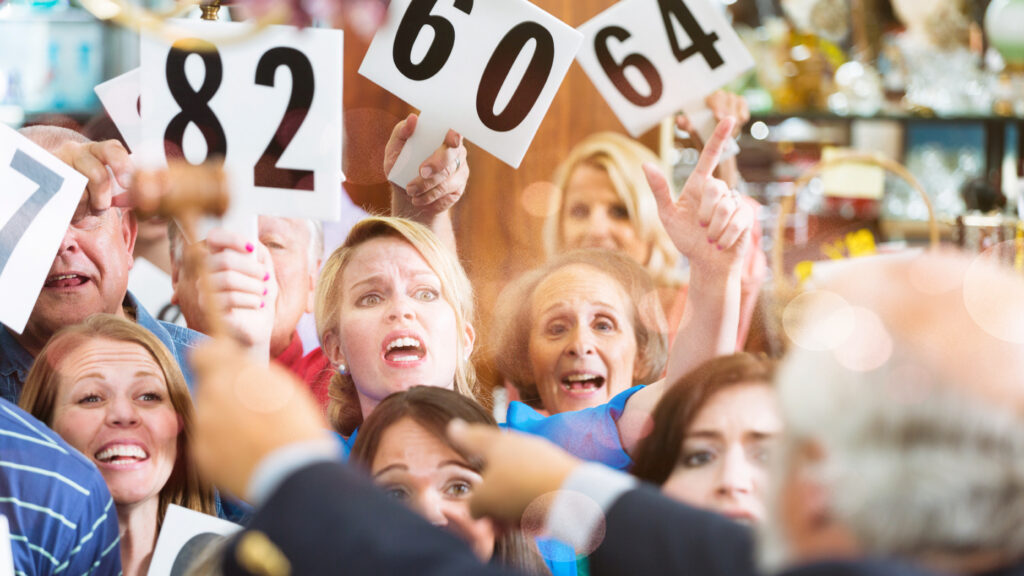 Buyers in some markets are offering hundreds of thousands of dollars over asking prices — and still losing wars against dozens of other bidders.

In June, Tina Fanelli Moraccini was working with a young couple who wanted to buy their first home. Moraccini, a Los Angeles-area agent with Rodeo Realty, said the clients eventually found a house they loved in L.A.’s Glassell Park neighborhood. The asking price was $799,000. 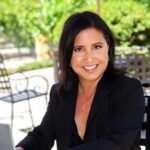 “We offered $80,000 over asking and I thought for sure we had it,” Moraccini recalled.

But they didn’t have it. In fact, they weren’t even close.

Moraccini told Inman that when she called the listing agent, she learned there were a total of 39 offers on the property, which spanned just 1,000 square feet. And in the end, it sold for $223,000 over the asking price. The L.A. market is always kind of brutal, but Moraccini said the way things played out “shocked everybody.”

Bonkers or not, though, highly competitive bidding wars increasingly appear to be the rule rather than the exception in markets all over the U.S. this summer. Economists have suggested real estate caught fire in recent months amid the coronavirus pandemic thanks to multitudes of people wanting to move in the face of shrinking supply. And the anecdotal evidence bears that out; Inman spoke with a dozen agents for this story, and every single one of them described unusually competitive conditions.

The result is one of the most brutal environments for buyers in recent memory, and one of the most lucrative for sellers. For now, it’s unclear how long these conditions may last or what they mean for the broader economy, but at least in some areas industry professionals see increased competition as the new normal.

The stories about bidding wars right now are truly jaw-dropping. One agent mentioned to Inman representing a listing that received more than 80 offers. Several others described situations like Moraccini’s, where desperate buyers were offering six figures above a property’s asking price. 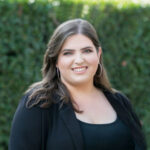 One of them was Kayla Shink, an agent with Compass in the Los Angeles area. She told Inman that she recently worked on a sale for a two-bed, one-bath home that “needed a little TLC.” The home, which was located in the beach town of Santa Monica, was listed for about $1.5 million, but got seven offers.

“I think every single one was over asking,” Shink said.

In the end, the home sold for $172,000 over its asking price. Shink added that her team also just closed a deal for a home in a nearby city for $46,000 over asking after receiving six offers.

Not every market is as competitive as L.A., of course, but agents in other parts of the country said their own versions of this story are playing out locally as well. For instance, Marc Rasmussen — the broker-owner of Dwell Real Estate in the Sarasota, Florida, area — manages just over 30 agents and told Inman that among those who are actively working right now “almost all of them have had some experienced with a bidding war in the last 60 days.”

And in southern Illinois, John Ryan Worak of House2Home Realty told Inman that he recently worked with clients who wanted to buy a house listed for $240,000. 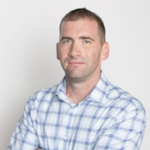 “We offered $265,000 and we lost it,” he said, adding that the deal hasn’t closed yet and his clients are currently in line as backup offers.

Unlike California, where (albeit less competitive) bidding wars have been standard practice for years now, Worak said that in his area this kind of competition is a relatively new thing. And it has forced agents to adopt new tactics.

“I actually called one of my friends and said, ‘how do I win this?'” Worak said. “He recommended the escalation clause and the next thing you know we’re using it as much as we can.”

As prices go up, so too do the numbers involved in today’s bidding wars. Rebecca Brooks is a broker with The Agency in California’s Bay area. She told Inman she recently tried to help some clients buy a home for $1.2 million. They offered $330,000 over the asking price, and had no contingencies. 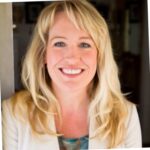 “It wasn’t good enough,” she said. “The day they were looking at offers I think the listing agents said there were 12 offers. We always ask where we rank and he said we were fourth highest.”

Brooks, along with other agents who spoke with Inman, also said the pandemic in particular appears to be cranking up the heat.

Maria Krajco, an agent with KUD Properties in the Palm Springs area, agreed that the pandemic is having an impact, saying that it has fundamentally changed her historically more affordable market.

“This hasn’t really been our marketplace ever,” she said of highly competitive bidding wars.

Krajco recalled a recent $2 million deal that she and her clients lost. Her buyers were offering all cash, and went $27,000 over asking. That was enough for second place out of six different offers on the property, but it wasn’t enough to win.

“[The winning bid] was actually $30,000 over and they had higher earnest money,” she explained. “You’re thinking, how much higher over can you go?”

These stories could go on. Indeed, when someone recently mentioned in the popular Lab Coat Agents Facebook group that he lost a bidding war despite making an offer $160,000 over asking, more than 300 other industry professionals responded — many of them sharing similar tales of mind-bogglingly difficult bidding war situations.

A supply and demand imbalance is fueling the phenomenon

On a basic level, what’s going on is fairly simple.

“It seems that no matter the size of the market there’s a common thread,” George Ratiu, a senior economist for realtor.com, told Inman. “Right now we’re just having a classic economic problem. Not enough supply for existing demand.” 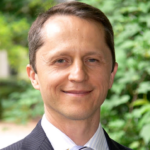 Ratiu went on to say that high demand from people who can work remotely or need more space during the pandemic is combining with waves of millennials just reaching homebuying age. On top of that, there has been a shortage in building over the last decade, among other things.

This is good news for people who want to sell, but overall Ratiu described it as contributing to affordability issues and as a “significant headwind” for the economy.

“While it is very much a strong sellers’ market, I do not consider this to necessarily be a healthy market,” he said.

Redfin has also documented the prevalence of bidding wars during the pandemic. In a report this week, the tech-oriented brokerage and portal revealed that more than half of the offers its agents handled last month faced competition.

The report further found that Salt Lake City was the most competitive metro area in June, with Redfin Chief Economist Daryl Fairweather telling Inman the Utah capital took off because the area “was a popular migration destination.” Conversely, Las Vegas was the least competitive market in June. Fairweather explained that the Las Vegas market is otherwise relatively healthy, but that the area’s tourism-based economy may be making it a less competitive destination than other places. 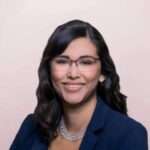 “I think people are very wary of where the Las Vegas economy is headed,” she said.

In any case, though, Fairweather agreed with Ratiu that the underlying issue at the moment is a lack of supply. She also added that “we’re in pretty unprecedented times” because the uptick in real estate competition isn’t happening during a period of economic growth.

Though there isn’t a unified national database on the number of bidding wars in the U.S., the National Association of Realtors (NAR) does track average offers on listings. And that data, which NAR provided to Inman, shows that in both June and May of this year the average was 2.7 offers. In June of 2019, however, the average was 2.3. That’s a far cry from the 39 offers Moraccini was competing with in L.A., but it does show that across the country — and even including comparatively calm markets — the number of offers homes are receiving is increasing.

It’s unclear how long this will last

Agents in different markets had different perspectives on how long these competitive conditions will continue. Moraccini, for example, sees her market eventually going back to something like it was before the pandemic, though the timeline is anyone’s guess.

“There’s no way that this can sustain itself,” she said. “I fully believe that the market will correct itself at some point and get back to reasonable offers and selling prices again.”

On the other hand, Krajco, in Palm Springs, sees the rise of bidding wars in her area as a permanent fixture that brings the local market more in line with the rest of the region.

“It’s finally catching up too the rest of Southern California,” she said. “I don’t think anybody is anticipating things slowing down.” 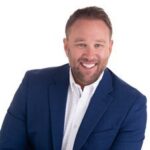 And Rasmussen, in Florida, envisions permanent price gains, but at some point a smaller amount of competition.

“I think we’ll go up and then we’ve got to taper off,” Rasmussen said. “We’ll see what happens with COVID and the after effects.”

“Markets that are more affordable are likely to see continued and sustained demand,” he added.

Ratiu also specifically said there could be some price moderation late this year, as sales naturally slowdown, though if an economic recovery drags on prices in some areas could potentially fall too.

“When you have wages lag severely behind prices you can only sustain those prices for so long,” he noted.

Either way though, Ratiu envisions pressure on both supply and demand for some time. The upside, however, is that as difficult as these conditions are, younger homebuyers don’t seem to be bowing out of the market.

“I think this will be frustrating for a lot of young buyers,” Ratiu said, “but I don’t see it turning off a generation from homeownership.”

Correction: Rebecca Brooks is with The Agency. This post originally misstated her brokerage. 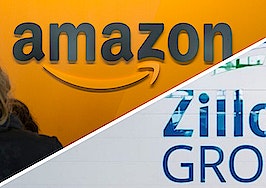