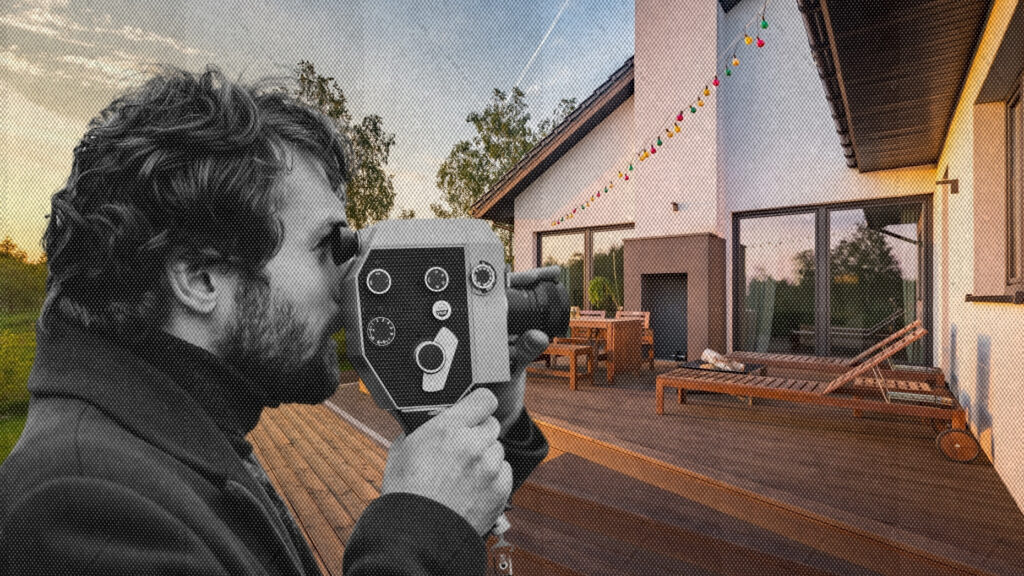 by Megan Eskey
Share this article
You successfully shared the article.
Close

Here, we’re giving a nod to some of the industry’s best video creatives — those who know how to use the medium to make an impact and steer online conversation, all while staying true to their unique brands, styles and niches.

Being a video influencer in real estate is based on multiple factors — creativity, expertise, reach, consistency and impact. Many of the video creators featured on this list bring their team members into the mix. In addition to highlighting different personalities and styles, this allows them to showcase the strengths they have to offer collectively.

Some specialize in instructional videos, and some focus on home tours. Others use video for just about every aspect of their business. No matter what their area of expertise is, they’ve all used video to such great effect that they are now considered among the top influencers in the real estate industry.

Sue Benson is a national presenter on using video for social media marketing. She was a speaker at Inman Connect in July of 2018, sharing insights on how to start over in a new market. Her local online show Pinky Knows Naples showcases local businesses, people and events.

For three years, Tom Ferry and BombBomb named Benson as a top video real estate influencer in North America. Prior to her life in real estate, she was a producer and reporter for a local TV station, and worked in television in Fort Myers, Florida. Sue has a bachelor’s degree in broadcast journalism and public relations from Florida Southern College.

As a Global Luxury ambassador, Jessica Edwards is active in the international real estate market. She has also served as the Coldwell Banker real estate consumer specialist for over six years.

Edwards has become a well-known real estate expert who’s regularly interviewed by national reports on real estate trends. Not to mention, she was also the “breakout star” of Coldwell Banker’s YouTube channel. What makes Edwards’ efforts stand out is her smart use of technology and marketing tactics.

Back in 2013, Silver was named as one of the “Top 100 most influential people in real estate” by Inman News. Now, he’s leading Silver Burtnick & Associates at Sotheby’s International Realty Canada.

With two decades of experience as a real estate broker, Judy Weiniger is at the helm of her own independent brokerage, Weiniger Group, which she opened back in 2017. What’s more, Weiniger is also a national speaker, focusing her teaching efforts on the topics of innovative video marketing and social media.

More specifically, Weiniger has a knack for community content creation, and personal and business brand building. Because of her hyper-local marketing prowess, she earned accolades as the No. 3 real estate video influencer in North America and the No. 1 social media video influencer by BombBomb and VScreen in 2018.

Before setting his sights on real estate, Steve Halpern was a touring musician, DJ and music producer. Thanks in large part to that experience, Halpern always strives to stand out from the crowd with his unique approach to video production — one that earned him the No. 9 spot on Tom Ferry’s “best video influencers in real estate” list.

The Compass agent’s video tour for 214 Lafayette St. resulted in “one of the largest residential rental transactions in New York history.” What’s more, one of his listing videos, dubbed “Surprise, Surprise” garnered a whopping 200,000 combined views, while “A Space To Be You” won the Muse Creative Award.

Take one look at Kyle Whissel’s YouTube channel, and you’ll see that he’s mastered the art of sales education videos. Named as one of BombBomb’s top video influencers, he brings his vast real estate expertise to the table (Whissel’s been in the real estate business since 2002, and is now CEO and team leader of Whissel Realty Group).

As part of his training, Whissel equips both newbie agents and professionals with an array of tools and techniques necessary to grow their business. In his fun, informative style, Whissel covers ethics scenarios, tips for agents in growth mode, ways to increase response rates and so much more.

Without a doubt, Gary Gold is a marquee name in the luxury real estate sphere. Case in point: His sale of The Playboy Mansion set quite a record in Los Angeles — it was the first residence to sell over a staggering $100 million. More recently, Gold sold the famed Chartwell Estate for $150 million.

This kind of success, however, doesn’t come without standout experience to back it up. Gold’s carved a name for himself in the industry because of his creative use of technology, marketing and publicity — which is why he consistently secures high-net-worth, qualified buyers and some of the finest homes in the world.

Jay Glazer and his team, The Glazer Team, have already racked up a slew of accolades. For example, the New York-based agent was featured in Crain’s New York “10 brokers under the age of 30,” who are, as the publication describes, “fast-risers in a marketplace increasingly infused with technology.”

Having sold over $400 million worth of real estate — thanks to stellar team-focused videos — it’s safe to say The Glazer Team has a unique understanding and knowledge of their market. The Wall Street Journal also gave a nod to Glazer, recognizing him as one of the top 250 Realtors in the U.S.

Christophe Choo has been at the forefront of video marketing since as early as 2006 — long before the word “influencer” gained its current meaning. He cut his teeth in the field by showcasing his one-of-a-kind listings through clever video tactics, and quickly found an engaged audience.

Choo’s videos provide value to viewers by offering “behind the scenes” tours of local neighborhoods and businesses, educational tips for agents and some glimpses into his daily world. For all his efforts, BombBomb recognized Choo as the No. 1 real estate video influencer in 2018.

If you love keeping your finger on the pulse of superbly shot and edited real estate videos, chances are, you’ve already heard of The Tim Smith Group. Founder Tim Smith has a flair for Hollywood-style, highly produced listing videos, the most notable of which is “Teach Me How to Duffy” found below.

The Tim Smith Group’s productions always push the envelope, featuring scenes that look as though they’ve been plucked from big-budget films with pirates, speakeasies, and zombies. But it’s the details the team members include that earned them the No. 1 spot on this list. These tours not only describe what makes a house special, but they also introduce the builder, designer and architect.

Megan Eskey is the founder and CEO of Reloquence, a real estate digital marketing company. Connect with her on Twitter, Facebook or LinkedIn.