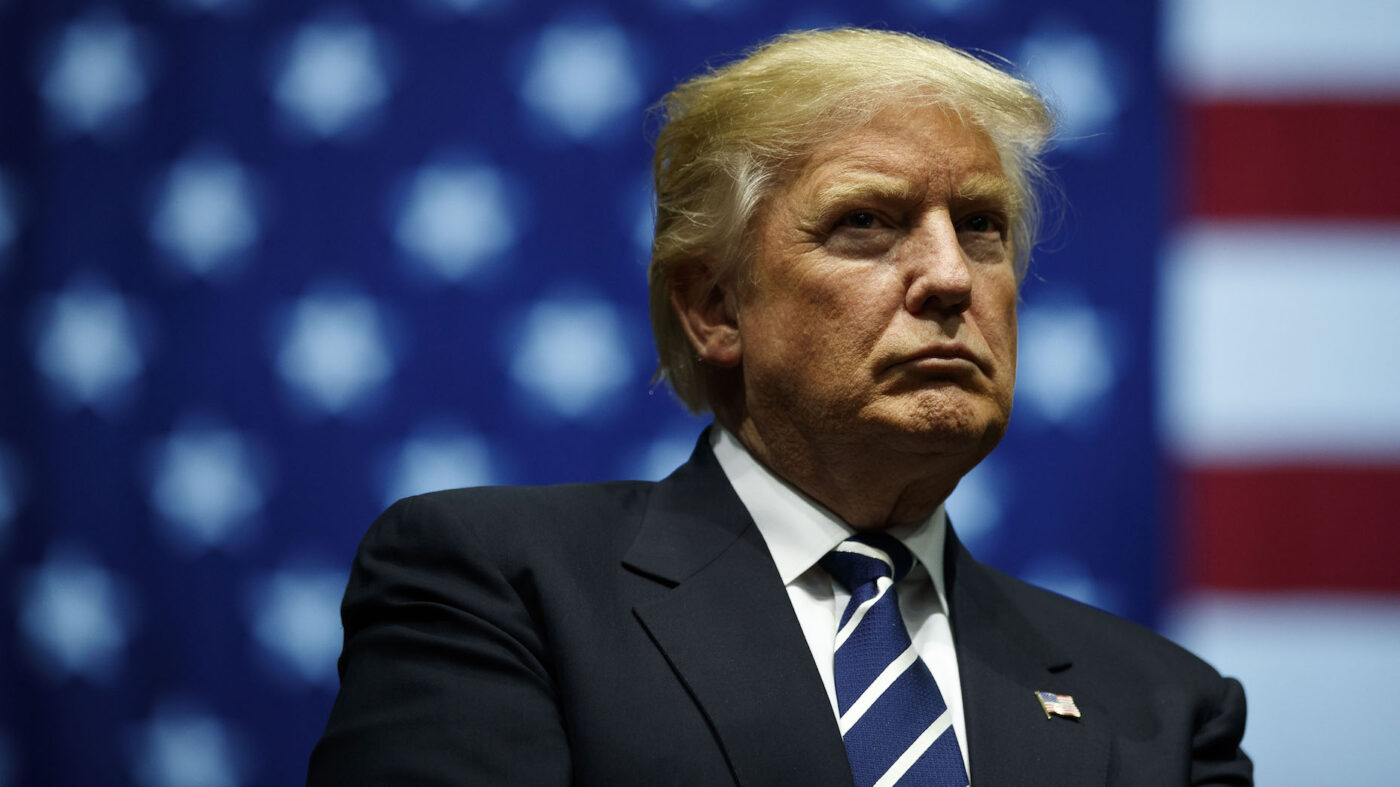 The residents of Trump Plaza Palm Beach have decided to formally erase the former president’s name from their building, according to an Associated Press report released on Tuesday.

The Trump Plaza Palm Beach condominium board unanimously agreed to change the legal name of the 32-story building, which is only a few miles away from former President Trump’s Mar-a-Lago private club and estate. The residents have a month to choose a new name for the building, which was called The Plaza before Trump bought it in the late 1980s.

“It’s been a long time in coming,” an anonymous Trump Plaza owner told The Palm Beach Post. “Most of us are relieved that the name will finally be off the buildings.”

The process of removing the Trump brand from the building has been in the works for four years, according to the report, starting with Trump’s name being removed from the roof during a 2017 renovation. When the renovation wrapped up in February 2020, the residents voted not to bring the name back. After George Floyd’s death in May, the building removed Trump’s name from the front entrance following a series of protests.

Although the building has born his name for over 30 years, Trump relinquished ownership of the building in 1991 after failing to sell units and turn a profit. However, the new owners kept the Trump name in an attempt to draw buyer demand.

“The brash New York real estate developer borrowed millions to buy the complex from the Bank of New York, which had reclaimed the complex from its developers,” according to The Palm Beach Post. “But Trump struggled to sell units amid an economic downturn, and then ended up handing the condo complex over to his lenders in 1991, minus any personal guarantee.”

“Owners who thought the Trump brand brought international cachet opted to keep Trump’s name in legal documents and atop the towers,” it added.

The Trump name increasingly became a problem after his 2016 election, with buyers shunning the opportunity to purchase one of the building’s spacious condominiums that currently range from $1.09 million to $4.59 million. Of the 21 available units listed on BeachesMLS, only two are under contract.

“The Trump brand is damaged, so rebranding the complex is a wise move,” Douglas Elliman Real Estate agent Burt Minkoff told the Associated Press while adding the Jan. 6 attack on the Capitol made the name “a real lightning rod.”

In two phone calls with Inman, real estate agents Tim Frater and Brian Pearl echoed Minkoff’s statement and said the name change is the right move not only for Trump Plaza residents but for anyone who wants to live in downtown West Palm Beach.

“There’s been a lot of protests over the past four years that start there and walk down to Mar-a-Lago,” Frater said. “I don’t know how the sales are affected by that.”

“But I can tell you when Trump was first elected, I was showing a unit in a neighboring building, and from the balcony of the unit she was interested in, you could see the Trump name on the building,” he added. “It freaked her out so bad that she didn’t even want to live in downtown West Palm Beach.”

Frater also said the building’s name has caused occasional personal problems for him — anti-Trump protestors consistently email him about the building since he has Trump Plaza listings on his IDX site.

“I do get people contacting me through my website sometimes and saying bad things about Trump and how the building and should be ashamed because they think that I’ve worked at the building and all this crazy stuff,” he said. ” I would think that if you live in the building, whether you’re a Trump fan or not, changing the name can only be a good thing, because those are multimillion-dollar units.”

“I think it makes [the building] less desirable to be associated with his name,” he said. “He hasn’t had anything to do with the building in a long time.”

“I remember, probably 10 years ago, there was a building in Fort Lauderdale that was associated with the Trump Organization and that was a huge draw,” he added. “They slapped his name on it, and people were looking to buy every unit they could.”

“So [another agent] and I sold a couple in there. It’s an interesting dichotomy now where people are not looking to buy something with his name on it.”